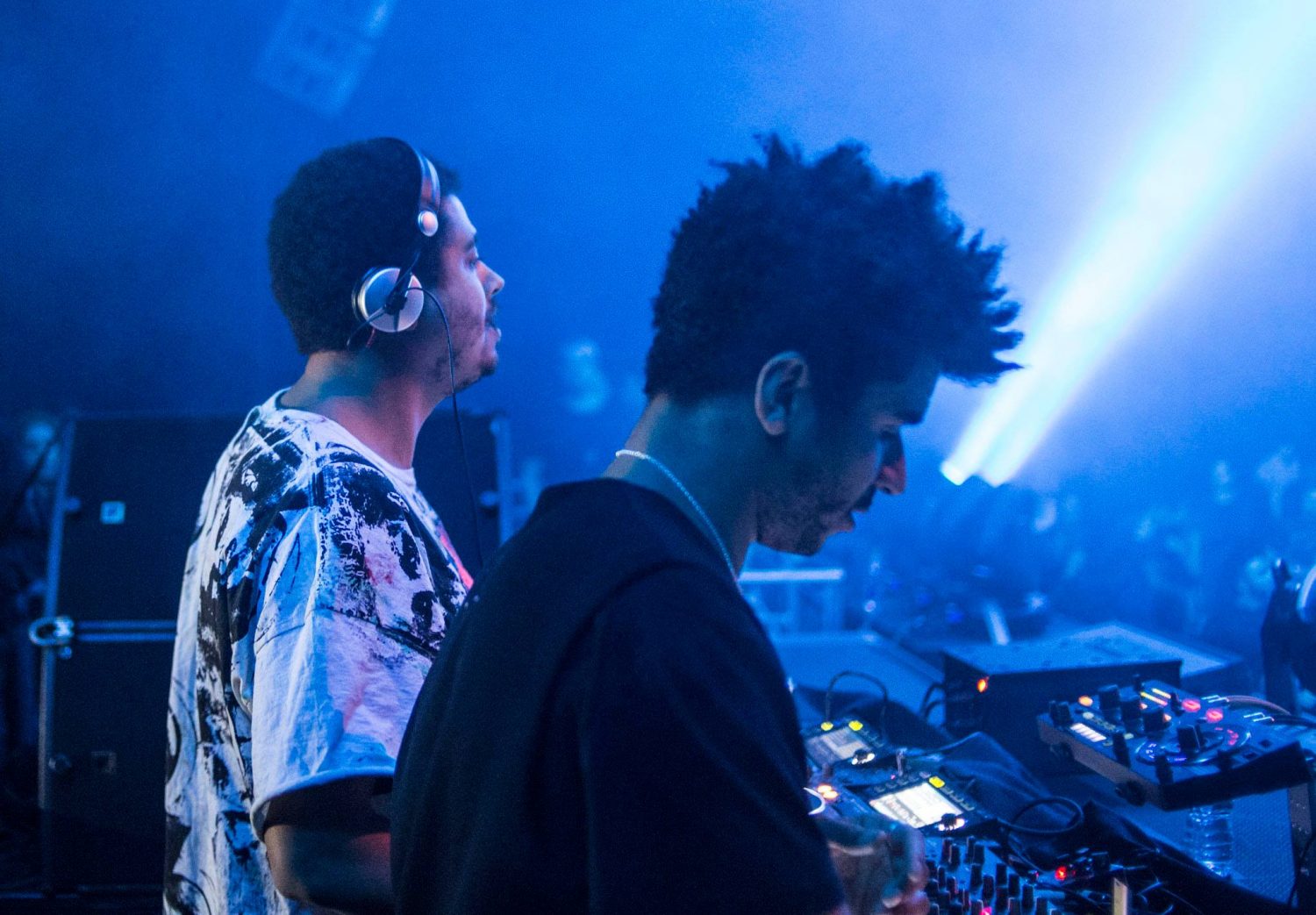 Output, the renowned Brooklyn nightclub and a cultural institution in its own right, is celebrating its fifth anniversary with a massive weekend of special events happening from Thursday, January 25th until Sunday, January 28th. 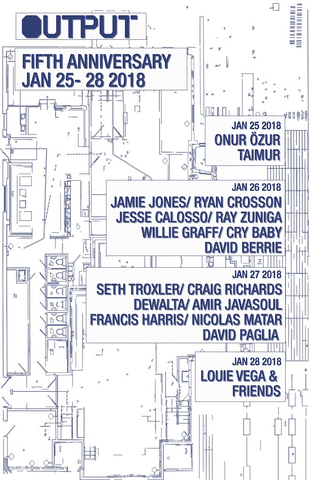 Fresh off of winning Club of the Year at the Electronic Music Awards in September 2017, the New York City dance music mecca’s fifth year celebration will be kicked off on Thursday, January 25,  with veteran DJ and vinyl guru Onur Özer in control of the The Panther Room, the intimate side room at Output with fireplace as backdrop. Along with him are Blkmarket Membership and The Selectors’ founder Taimur.

Then on Friday, January 26, international sensation and Hot Creations boss Jamie Jones headlines the main room, joined by one of the first DJs to grace the decks at Output, none other than Visionquest co-founder Ryan Crosson, along with Cuttin’ Headz’ Jesse Calosso and an array of Output favorites including Ray Zuniga, Willie Graff, Cry Baby and David Berrie.

On Saturday, January 27, house music titan and Output resident Seth Troxler will deliver his trademark style through the club’s world-famous Funktion-One sound system. He will be joined by beloved fabric London resident Craig Richards and gifted producer DeWalta, along with Francis Harris, Amir Javasoul, Nicolas Matar and David Paglia. Finally, to close out the stacked anniversary weekend, attendees will get to experience a true New York style party, with Grammy Award-winner Louie Vega bringing over his high-caliber Latin-tinged soulful house to the main room.

Output’s anniversary weekend event celebrates the club’s five- year history since it burst into the scene in 2013 to inject some badly needed dose of music-driven culture for the New York nightlife. Since then, it has set the pace for the eventual renaissance of Brooklyn’s underground. Beyond the anniversary weekend, OUTPUT is set to keep delivering top-level talent and unforgettable events for 2018, including the anticipated opening of The Roof on May 11.

For tickets and other information, visit the Output website at OutputClub.com.