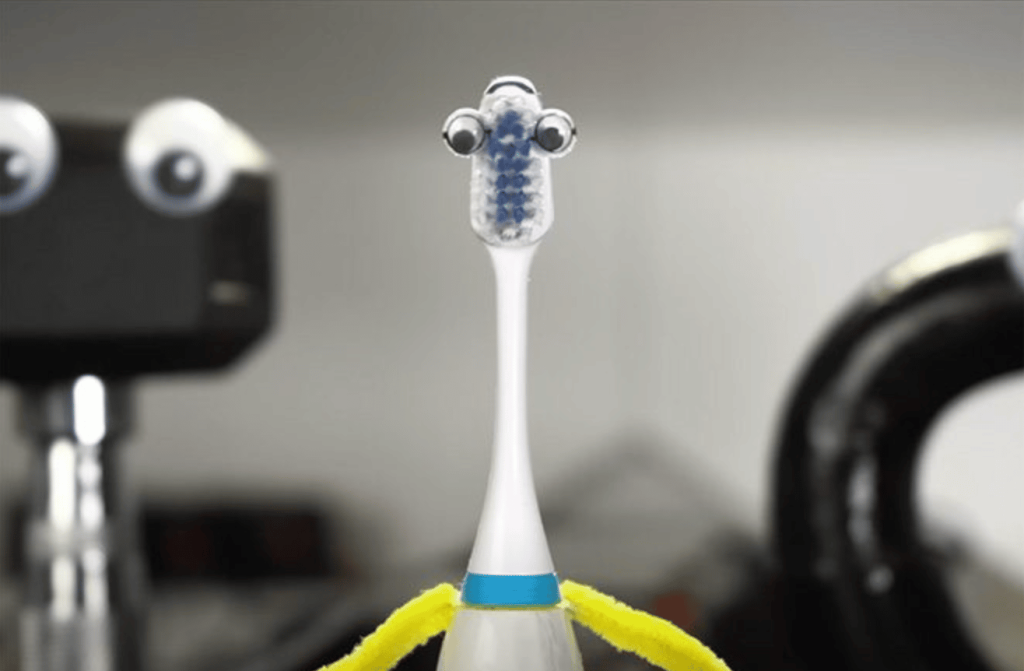 Daft Punk’s ‘Harder, Better, Faster, Stronger’ has been reimagined by a band of electric toothbrushes.

Named Device Orchestra, the YouTube channel has the googly-eyed toothbrushes cover the track via the sound of the electronic vibrations they make.

The channel has also used devices such as mobile phones, typewriters and even credit card machines.

Other songs covered by the brushes include Adele‘s ‘Hello’ and Britney Spears’ ‘Toxic’ which racked up one million views.

Ben Combee – a fan of the duo – created a “word clock” displaying the words being sung in the electronic pair’s 2001 track.

After discovering that the iconic track only has 18 unique words, Combee was inspired to create a one-of-a-kind piece based on the legendary robots’ generational dance anthem by the catchy simplicity.

Read Next: MDMA May be Available for Medical Treatment “As Soon As 2024” in US Hospitals