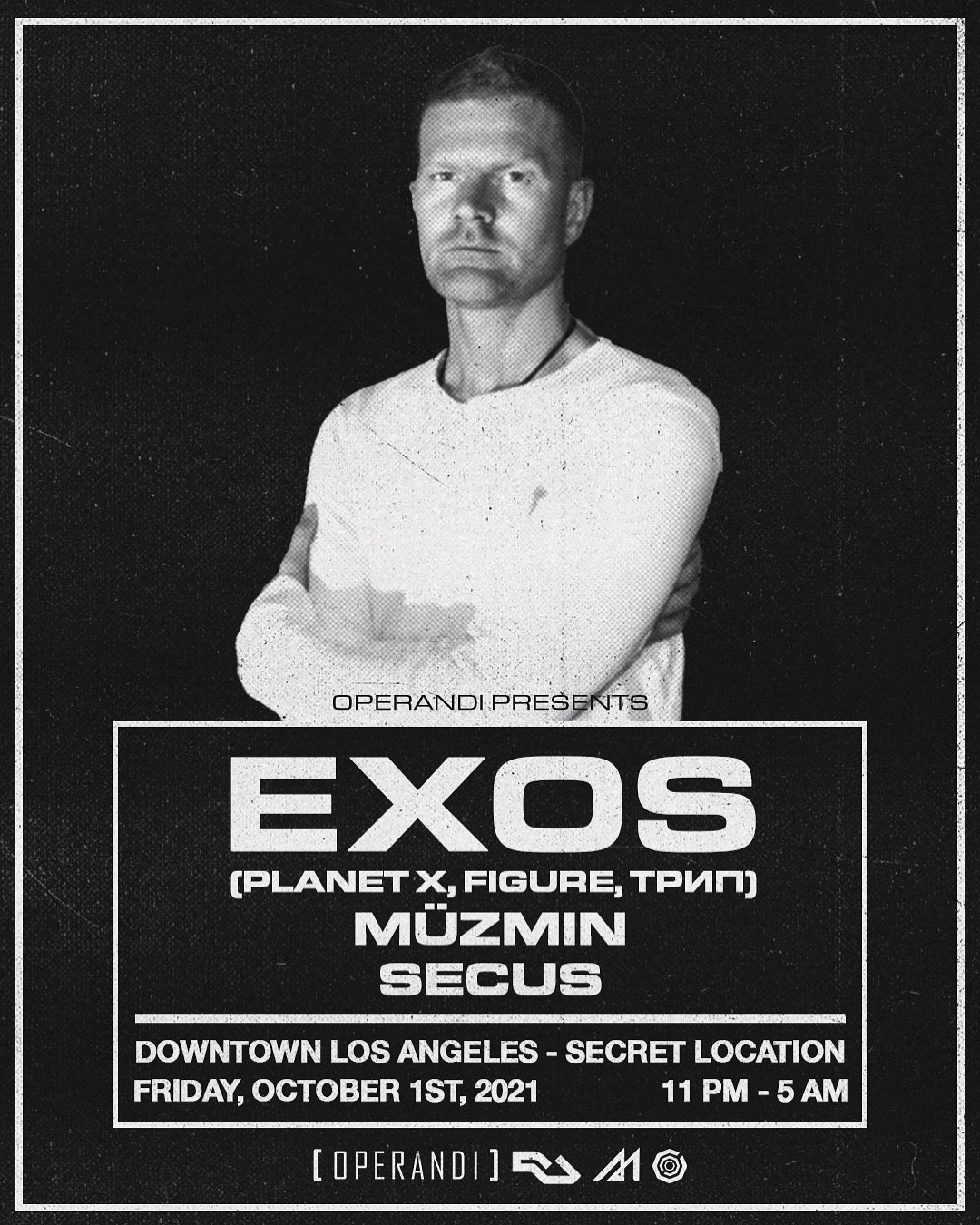 Save the date for Operandi 004 on October 1. Exos, one of Iceland’s most experienced techno artists, will be rolling through the City of Angels. Expect some raw rhythms, flashy hi-hats, deep atmospheres, and experimental soundscapes. Joining him on the decks is Los Angeles-based artist Secus and hailing from San Francisco Müzmin.

Exos is one of the most experienced techno artists from Iceland since the mid-nineties. Exos has been releasing more than twenty vinyl records and four albums through the years. His debut appeared at age 17 with his first EP Thule records, an Icelandic dub techno label, known for its rare signature minimal sound. His third album, ‘My Home is Sonic’, was reissued in 2015 by Dutch mainstay Delsin records. Its lauded as a classic of modern dub techno and was voted the album of the year 2001 by “mbl.is,” one of the most prominent newspapers in Iceland.

Surging back to the forefront starting in 2013 based on critical reevaluation of his catalog, he used this as a fulcrum to renew his already-storied career with new material and reissues of lost classics on Nina Kraviz трип records. At the beginning of 2017, he opened the X/OZ label. His versatility of style and sensitivity both in the studio and onstage are key to his enduring appeal. Teaming up with Lens Faki Figure Records this year and opening his new imprint Planet X for harder versions of Exos.

Secus has been releasing under the duo Motionen since 2016 and in 2018 began releasing his solo work. He has since released on his own imprint Ascetic Limited, Christian Gerlach’s Lanthan.audio, SF-based label From 0-1, TMM Records, Vexed Sphere, Tympanum Records and more. Originally a drummer, he is strongly influenced by jazz and metal genres, translating their deep, driving, and technical elements into his own composition of techno. His powerful yet dynamic approach aims to satisfy everyone on the dance floor.

Müzmin started releasing productions in 2016. Drawing inspiration from classic techno and experimental electronic music, his music contains a forward-thinking edge. His musical talent comes from years of performing and composing in different platforms and mediums; experimental electronics, film music, ethnic electronic music blends to name a few. His tracks are made to keep people in the present moment and moving.