Op Ed: Sonic Resistance, The Power of Music in Protest 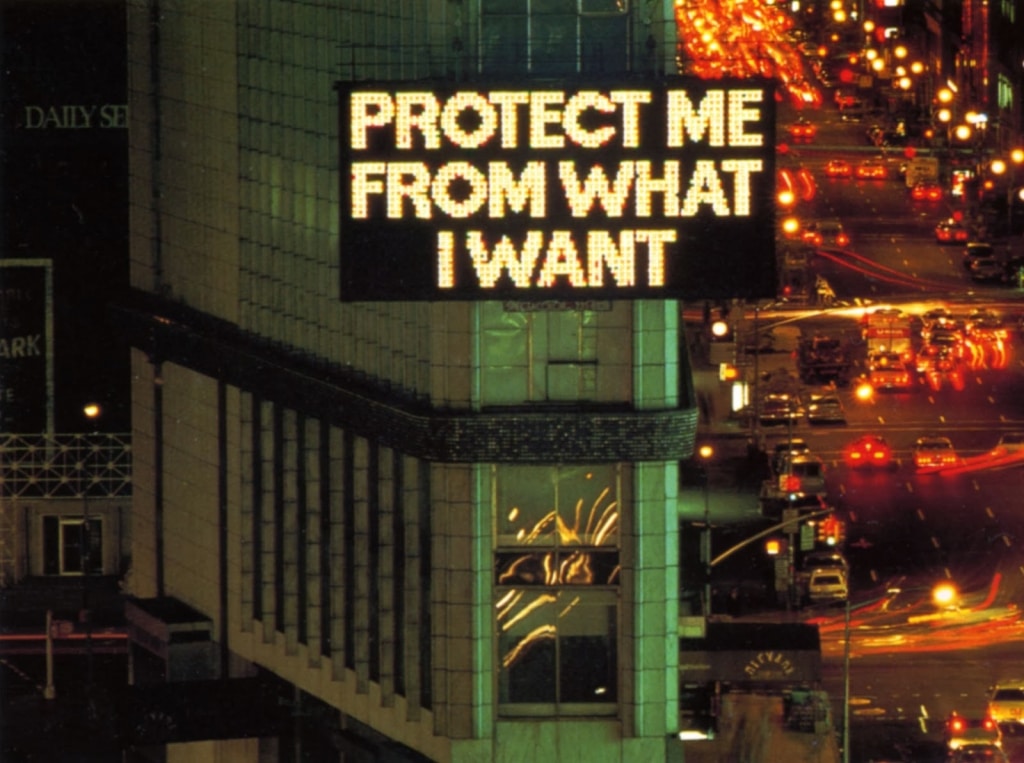 Op Ed: Sonic Resistance, The Power of Music in Protest

When I was a kid my mom introduced me to The Prodigy. I really loved them, and I still do, but how do you explain The Prodigy to another third-grader who is a die-hard Hillary Duff fan? Throughout elementary school and beyond I’ve always considered music to be a form of personal protest. It’s been my sounding board, always challenging me to question what feels accepted, conventional, or expected. This isn’t an unusual sentiment. In fact, I hope it’s widespread. Consider moments when that one song can explain everything and everyone. When you connect to that one song because it is a testament to your reality, and no one else’s reality. Music is more than mere vibrations: sounds amplify worlds that you cannot see.

Protect Me From What (I Think) I Want

In college, I was told that politics is a game of persuasion. That Burning Man’s infamous cousin, “The Man,” is adept at persuading you to adopt other realities. If everyone knows that this is bad, then why does “The Man” still exist in the public conscience? If everyone knows that politics is real-life Monopoly, then why do bad actors keep winning hearts and minds? I’ll tell you.

It’s not because “The Man” is this singular, amorphous, panopticon entity. It’s the fact that “The Man” can be anyone with an agenda. A politician can be “The Man” just as well as that neighbor who heads the Home Associations Board. “The Man” is ever-present in the public conscience because “The Man” multiplies like bacteria. Especially in today’s world, bad actors keep winning because they are able to hide their agendas in a swamp of rhetoric and imagery.

Every day you’re more than likely confronted with some form of subliminal messaging unless you live underneath a rock, which isn’t a bad idea these days. More so than ever, our world is saturated with words, pictures, and videos that infiltrate and warp our perception of reality. If you don’t believe me, think deep fakes or simply scroll through Instagram. Better yet, start a Twitter fight with a Taylor Swift fan. I caution you though, in the words of Andy Warhol, “Don’t pay any attention to what they write about you. Just measure it in inches.”

In a world dominated by the visual, could contemporary resistances be auditory?

I say yes, and turn the volume to max.

Sonic agency is the idea that sound can form the basis for the exercise of one’s free will. In practice, sonic agency is exercised every day. For example, there is power in speech. Different sounds and different inflections of these sounds carry different connotations. Silence can also speak for itself.

Sonic resistance is effective because sound transcends the visual, material world. Consider how sound can make visible what images or words suppress, or fail to reveal or express. I experienced this phenomenon when I visited an art exhibition located underground at the Cisternerne in Copenhagen, Denmark. The subterranean exhibition was called IN IS THE ONLY WAY OUT by artist Jeppe Hein.

Hein’s installation had two distinct spaces. The first space featured large, twirling mirrors suspended in various parts of the room. The mirrors reflected the Cisternerne’s stone pillars, its shadows, the patches of light, and faces that flitted in and out of its reflections. Because no image was transfixed in time and space, it felt like there was no physical unity, only a shared sense of disorientation.

But, they weren’t traveling aimlessly. A sensor was activated every time someone entered the space. When activated, the sensor sent a ball on route to hit every Tibetan singing bowl in the room. Subsequently, more tones were sounded at any one time as more people entered the space.

Compare how the sound mobilized us in ways that the images could not. How the mirrors refracted and reinforced our singularity within the space. How I shared with others a sense of connectivity by merely activating the bowls. A sense of shared purpose through the music being created by many instead of one.

In theory, sonic resistance is effective because sound can reveal realities that are not as readily revealed through visual or textual narratives. In practice, sonic resistance takes many forms such as performance art.

How might sound be used to subvert visual and historical narratives? ¡miércoles! is a performance ensemble between composer Nicolás Jaar and dancer and choreographer Stéphanie Janaina. Each performance of ¡miércoles! is radically unlike the one before it. While all the performances may be improvised, ¡miércoles! is always informed by this sentence in Spanish: solidez es injusticia.

“Solidity is injustice” references the systems and schools of thought that establish solidity, the quality of permanence, in and around individuals. ¡miércoles! explores how solidity can be resisted in the given context and space of each performance.

The pair’s latest performance in Paris, France was called Piedras, or “stone.” For the performance, thirty stones were acquired from Paris’ arrondissements and its suburbs. To the casual passerby, the scene probably looked like a collection of rubble. For Jaar and Jainana, the seemingly mundane scene was charged with the energy of an unspoken history.

France has a storied, chaotic, and bloodied past. Ruins displayed by its museums are heavy symbols of selective history and permanent reminders of past authority and power. In contrast, the rubble of France’s streets is an echo of the past, impermanent iterations of the nameless whose spirit is often lost to time.

Jaar and Janaina sought to translate the rubble into motion and sound. How might the spirit and chaos of the rubble be felt in ways that could fragment seemingly concrete visual and historical narratives that are projected by objects like ruins? By using mediums, such as motion and sound, to reveal that there is always more that underlies the present moment than meets the eye.

Music As Integral to the Formation of Underground Movements and Mythologies

Sound has also been a critical medium for underground movements and mythologies that resist the status quo. I look to Underground Resistance (UR) and Drexciya as important examples.

“Seldom seen, but always heard,” UR is an Afro-futurist, anti-corporate, Detroit-based techno label, collective, and movement. It was created in the early nineties by Mike Banks, Robert Hood, and Jeff Mills. UR is unique because it resisted commodification. Instead of pursuing mass fame and fortune, UR chose to gear its uncompromising techno toward social purposes.

The collective adapted its sound to raise awareness about the social, political, and economic complexities that arose during Raegan-era accelerated inner-city decline. For UR, clubs were spaces of liberation and music was a portal into alternative and better worlds. To this end, UR developed a district extraterrestrial sound. This sound was essential because it represented the relationship between humans, machines, and new frontiers: when humans manipulate and experiment and interact with machines and interstellar soundscapes, humans exercise their boundless potential to define and redefine themselves.

UR’s impact extended beyond Detroit. Techno was the sound of a new beginning for people everywhere. Dimitri Hegemen, founder of club and label Tresor, spoke to the impact of UR’s ethos on Berlin.

Detroit techno changed the city and ultimately helped to guide Berlin in a new direction, presenting the image of the city as a beacon for young people from all over the world; free spaces for alternative culture. In my mind, UR is the only label that pursues a social cause, in addition to the music, which aims to counter the hopelessness of the ghetto and so-called programming. Long live Underground Resistance!

In the years after the Wall came down, Detroit techno had a profound impact on a city whose music was “just as unmarked as the city itself.”

Drexciya added yet another dimension to UR’s strain of sonic resistance. While UR was exploring the stars, Drexciya began its sonic journey on the ocean floor. Drexciya comprised of an elusive duo, James Stinson and Gerald Donald, who remained anonymous for most of the group’s existence. The pair communicated a personal and complex mythology through messages and clues contained within a slew of singles, EPs, and four albums.

Drexciya’s music revealed a world of underwater dwellers, called the Drexciyan race, who lived in Bubble Metropolis. Drexciyans were descended from pregnant women thrown overboard during the trans-Atlantic deportation of slaves from Africa. Over time, Drexciyans evolved to become strong wave-jumper warriors who launch sonic invasions to combat oppressors controlling mainstream airwaves. Drexciya’s final album, Grava Four, marks the end of the mythology. The Drexciyans eventually leave the planet and sail the cosmos where they occupy their own star, which actually exists in the star registry. This is an exceedingly apropos ending to the Drexciyan journey: the origins of our oceans are in the stars.

It all begins with a single vibration: the power is within you to make waves.

Drexciya’s sound dislodged the language and textuality of the Middle Passage and reconceptualized the myth of Atlantis as an Afro-futuristic space. Their music manifested a new world whose heroes did not exist in popular imagination, but who nonetheless dismantled and transcended pervasive and permanent mythologies that do exist in popular imagination. In essence, Drexciya’s music literally created an alternate mythos in which listeners could and can be active participants. Every listener must use their imagination in conjunction with the limited clues provided to them within the music to understand Drexciya’s mythology.

And yet, Drexciya remains radically unlike other mythologies. Drexciya is not an island unto itself. Through listening and engaging with the music, Drexciya becomes a space where every listener can embark on “an infinite journey through inner space within, and find out what’s inside, the beauty that’s inside, and bring it out.”

In a world that is teeming with bad actors, sonic resistance can help dispel forces that seek to control your perception of reality. Sound can pierce the veil and reveal realities that are hidden beneath. It all begins with a single vibration: the power is within you to make waves.