Op-Ed: Are DJ Rankings Helping or Harming the Dance Community? 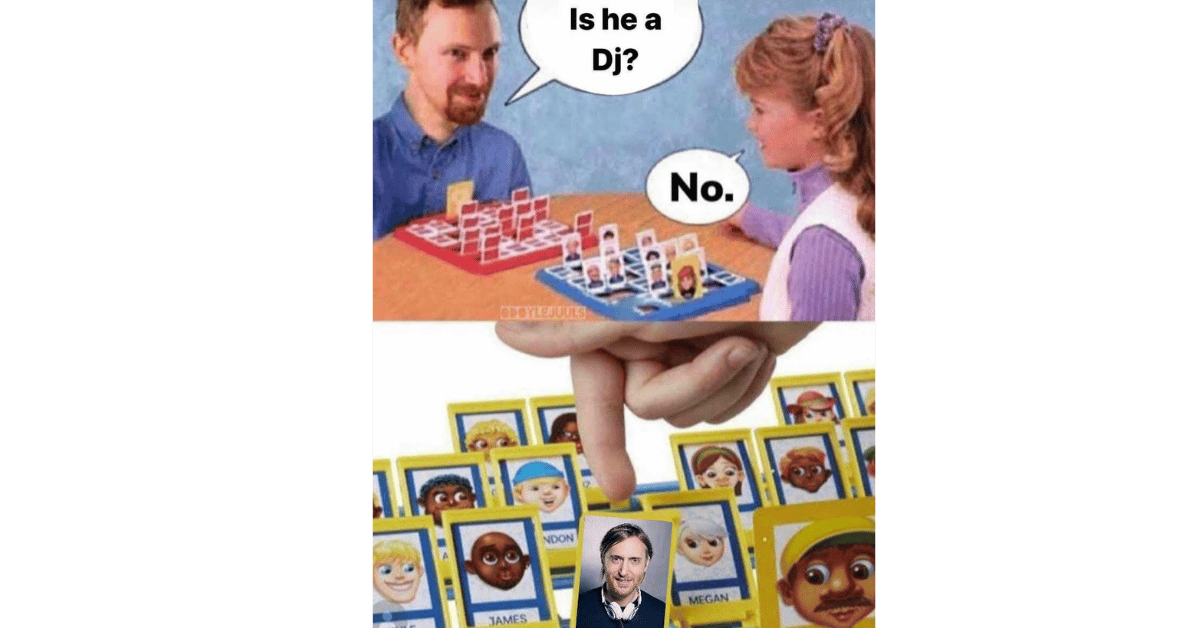 Op-Ed: Are DJ Rankings Helping or Harming the Dance Community?

The numbers are in folks. The people have spoken as to who the world’s “Top” DJ is, and your new champion is none other than David Guetta. The DJ whose notorious 2014 Tomorrowland moment still gets talked about to this day. Regardless of whether or not you agree with artists on ranking lists, their popularity probably came from their tracks, not their DJing skills. Even within their own fanbase, there are probably very few fans that go to these massive shows or festivals and say “Hey did you hear how he mixed the outro of his hit song into the intro of his other hit song? That was vibes.” There are many issues with a DJ ranking list such as the Top 100 DJs list, and I’m sure many people already agree that it only hurts our dance community. However, what are the various reasons why such a list is wrong, and what are the multiple possible ways it can hurt our community?

David Guetta Spaces Out at Tomorrowland 2014

Before we can continue, we have to establish what qualifies as a “DJ.” Believe it or not, a lot of people, even within our own community are not 100 percent sure. At the bare minimum, according to the literal definition of “Disc Jockey,” and the way the term was used since its inception, is “someone who plays pre-recorded music for the public to listen to.” With this simple bare-bones definition, the artists on these DJ ranking lists are in fact, true real DJs. However, I wouldn’t call myself a world-class lion’s tamer just because I walk my cat on a leash.

Even if a DJ doesn’t do crazy turntablist techniques like displayed at the DMC World Championships, you can still be considered a great DJ just by song selection alone. That being said, how do these rankings currently determine who are the top DJs in the world when there are so many variables to being a DJ? Rankings can become extremely reductive of DJing as an art form. DJ Mag’s annual round-up consists of an open online poll while djrankings.org use factors such as fees, online polling, social media presence, etc. No technical metrics are used, no skilled judges are involved, no technique competitively judged one against the other. Essentially what it comes down to is just a plain old popularity contest. How does this help anyone, particularly DJs?

These lists completely leave out artists who are able to put on a great show with amazing technical ability but don’t have massive shows. Even if the top DJs were in fact good at aspects of DJing, all it’s saying is, “Hey everyone says you’re popular, so we’re going to put you on a list that says you’re popular.” What’s even the point?

Read More: Do You Even Rave? Rave Etiquette 101 & “Vibe Killers”

Granted an “alternative” list was released by DJmag to better represent other genres and based on more quantifiable metrics such as Beatport sales. However, once again, that really just represents the success of the artist as a producer and not necessarily a DJ. Even with this list, it continues the unfortunate confusion with “DJ” and “producer” and does a disservice to the artistry of DJing.

Of course, there are a ton of DJ/producers, many of which excel at both. However, there are a lot of people who only do one or the other. The general public probably doesn’t know the difference, and when they hear “DJ” they wonder more about track selection and not about the actual art of DJing, or for that matter, how good the person is at it.

Watch: When Will The Bass Drop? (ft. Lil Jon)

Now, this isn’t really going to ruin someone’s life at the end of the day, but do we really need more confusion out there?

Rankings Even Hurt the Ones at the Top

These lists are even harmful to the DJs who do make it into the top 100 and are popular. If you read through the description of each DJ in the list, it doesn’t talk about what aspect of DJing they are known for but the success of their music and tracks. Not to say that those accomplishments shouldn’t be praised or highlighted, but once again producing tracks is a different art form than DJing. For example, Carl Cox who is ranked at 27, isn’t really known for his tracks but his DJing and stage presence. However, there is no mention of his great DJing skills in his bio.

Can other DJs on this list mix like Carl Cox? Maybe, but there’s no mention of it anywhere or a display of their talent that got them their rank. All it says is, “Hey there are 26 other DJs who are better than Carl Cox.” Yeah, not sure about that…Who knows though, maybe David Guetta can in fact mix multiple decks, scratch, spin vinyl, etc. with higher technical ability than everyone else. However, there is zero mention of it. Even DJs who are widely respected for their skills can get hurt by a ranking that doesn’t have a good base for measurement.

More Than Just A Popularity Contest

Ranking DJs correctly is going to be a tough and maybe even impossible task. The art created by these performers is just that: a performance. How do you compare one performance to another and then rank it fairly? At the bare minimum, a set standard of performance metrics could be devised and then judged upon. Not that it’s the end-all-perfect system, but within DMC World Championships, there are multiple categories for people to compete in and demonstrate their skill sets. I’m sure even within that tournament world there are people who also say it’s too generalized or a popularity contest. Nevertheless, at least there is more of a breakdown of skill sets and what DJs are measured on. Sure the tournament does name an overall champion, but that is based on the multitude of techniques the DJ displays during competition. Once again, not to say that this tournament is the end-all and gold standard for judging DJs, but it at least gives a better idea of the complexity of DJing.

There really is no perfect way of ranking a performance form such as DJing. However, the current lists that are out there really just hurt everyone and create more confusion. People within the DJ and dance music community who are fairly well versed will not be seriously affected by this list, but it might leave them a bitter taste. However, for the general masses and not as well-informed party goers, this can influence their perspectives and choices in an unfair and incorrect manner.

Maybe not the best example of the issue of ranking DJs but when Idris Elba showed his DJing chops, he himself had a look of discomfort when introduced as “one of the world’s finest DJs.” Check it out in the video below.

That look and hesitation he gave, probably represented his experience with DJing and knowing how complex and deep it can go. To be truly a world-class DJ isn’t something that can easily be captured by a list and definitely not just one or two lists without the appropriate definition or explanations. DJing is a true multifaceted art form that many take seriously and has evolved from just “playing pre-recorded music for the public.” 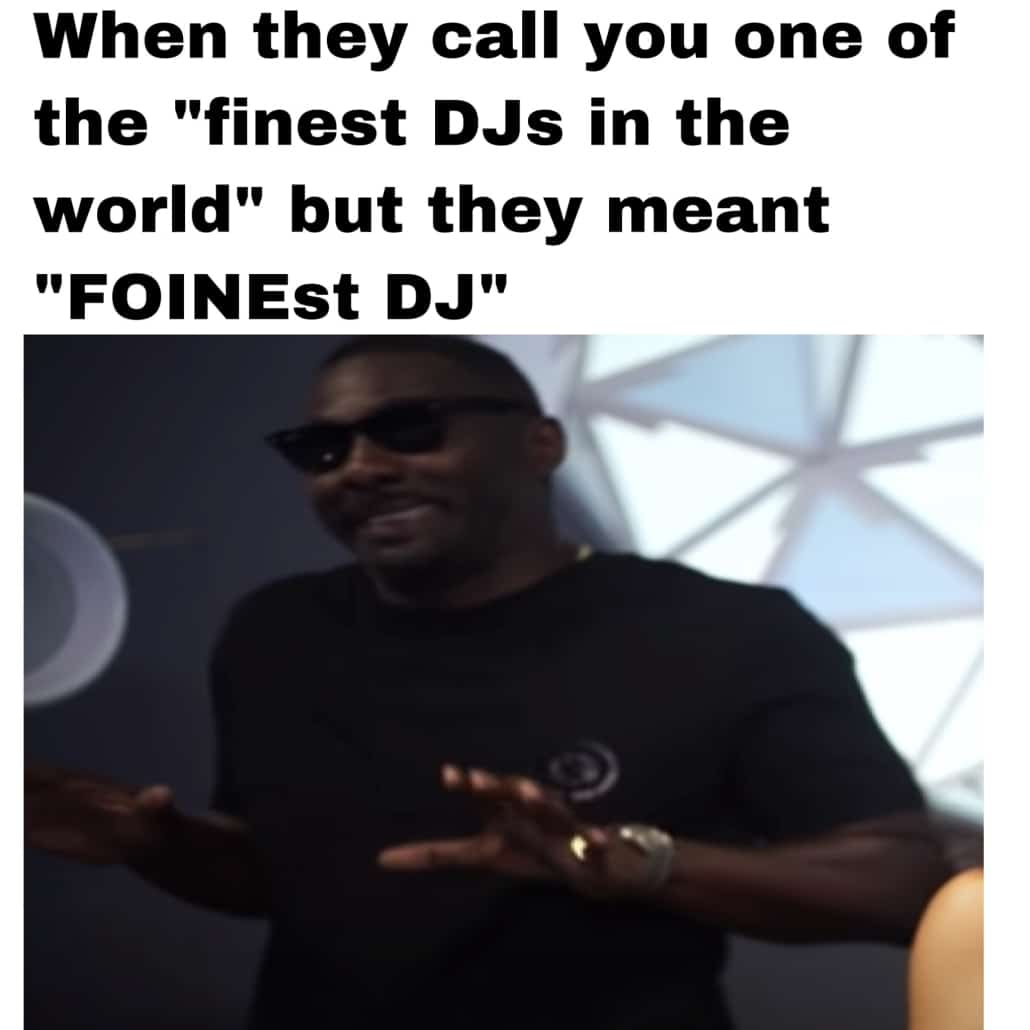