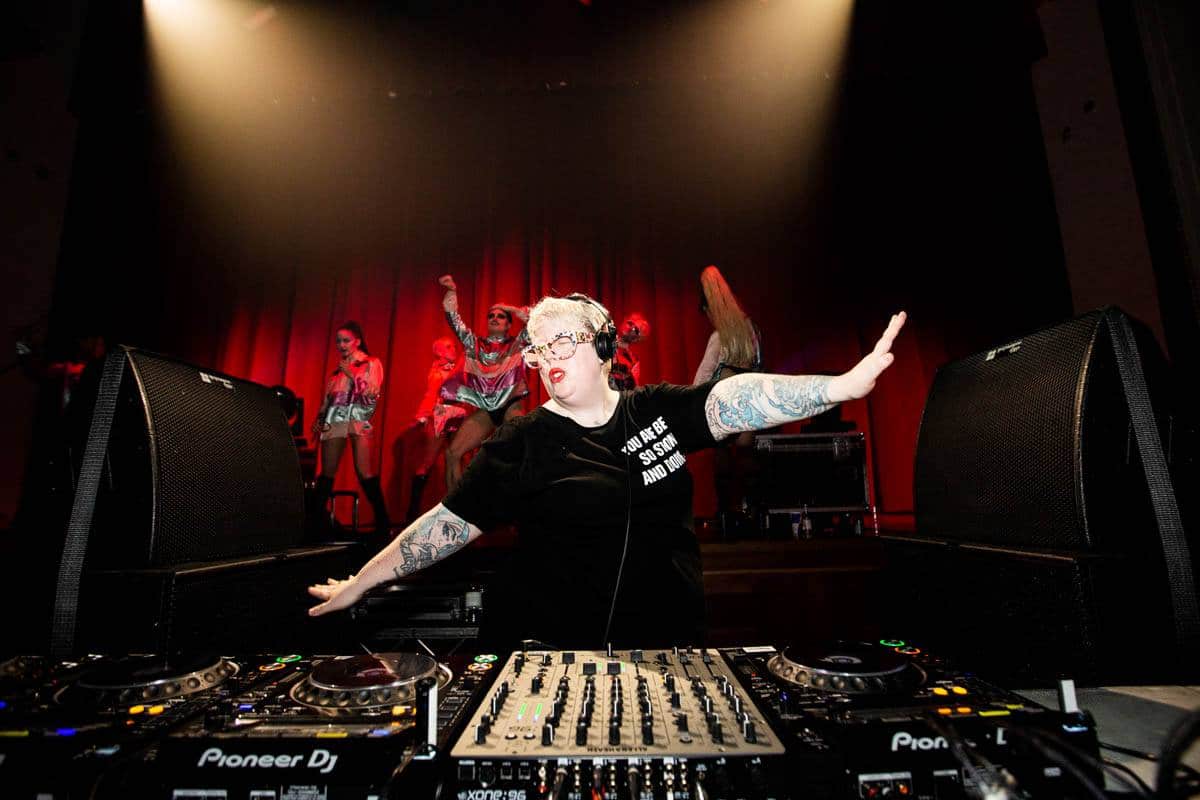 The Black Madonna has changed her name to The Blessed Madonna.

The decision comes as a result of requests for the Kentucky-born DJ, real name Marea Stamper, to change her alias. These requests culminated in a petition on Change.org that was making the rounds on social media over the weekend. The grounds of the petition were that her chosen artist alias is a form of cultural appropriation and digital blackface.

The petition was launched by fellow DJ and Black Catalogue label boss Monty Luke who stated in the petition itself that had he had twice tried to make contact with Stamper to approach the subject, with solutions on why and how she should change the Black Madonna name. He stated that the name  “holds significance for catholics around the world, but especially so for black catholics in the US, Caribbean and Latin America. In addition, Detroit’s Shrine of the Black Madonna has been an important cultural figure to many interested in the idea of Black feminism and self-determination for the past 50 years. Religious connotations aside though, it should be abundantly clear that in 2020, a white woman calling herself ‘black’ is highly problematic.”

“I have always been transparent about my faith because I felt a responsibility to be clear about who I was and who I was not. The name was a reflection of my family’s lifelong and profound Catholic devotion to a specific kind of European icon of the Virgin Mary which is dark in hue. People who shared that devotion loved the name, but in retrospect I should have listened harder to other perspectives.

“But now I hear loud and clear. My artist name has been a point of controversy, confusion, pain and frustration that distracts from things that are a thousand times more important than any single word in that name. We’re living in extraordinary times and this is a very small part of a much bigger conversation, but we all have a responsibility to try and affect positive change in any way we can. I want you to be able to feel confident in the person I am and what I stand for.” – The Blessed Madonna on July 20th, 2020

As she alludes to in her statement, discussions about Stamper’s artist alias choice had taken place on social media in the past, with the artist responding by explaining the religious connection to the name The Black Madonna. This is also a subject that approached in interviews, with Stamper defending her choice every time. This is what she had to say in a 2017 interview with The Quietus:

“My DJ name means what it means. How someone feels about it doesn’t change who I am. It doesn’t change my decency, my faith, or what it means to others. But if someone is hurt by it, if a black person is confused by it, or if someone feels upset; I don’t need to control that feeling. In the same way that if I step on your toe, it needn’t have been malicious. If you step on somebody’s toe, you apologise. I think this is something we white people have to let go of. I am not ashamed of who I am, where I come from or my faith. The only time I ever struggle with this is when there are people using this topic to say that I am not supposed to be here, period.” – The Blessed Madonna on Jan 26th, 2017

Monty Luke specified in his petition that he was aware of the religious significance of the name. He also explained how he tried to contact Stamper on two separate occasions to no avail which left him no choice but to enact the public petition.

“On June 14 of this year, I emailed Marea Stamper, in an effort to open a dialogue about the possibility of her moving away from using her DJ alias, The Black Madonna. This name, “The Black Madonna,” holds significance for catholics around the world, but especially so for black catholics in the US, Caribbean and Latin America. In addition, Detroit’s Shrine of the Black Madonna has been an important cultural figure to many interested in the idea of Black feminism and self-determination for the past 50 years. Religious connotations aside though, it should be abundantly clear that in 2020, a white woman calling herself ‘black’ is highly problematic. I explained these things in my message and concluded the email with some practical suggestions on how the nickname/alias transition could take place.

“I received no response.

“In the intervening time, several artists and organizations with much deeper and long-standing ties to problematic nicknames announced they would no longer be using them. Lady Antebellum, The Dixie Chicks, Major League Baseball’s Cleveland Indians and the NFL team based in Washington D.C., have all made the change. Why can’t Marea Stamper? The reality is, there is no better time to make such a change. No one is working. She could tell her management team she has decided to no longer use the nickname. They could send out a typical press release announcing the change and when things do start back up, easily complete the transition by putting “(The Black Madonna)” in parentheses by her own name(or whatever new alias she chooses) for a few weeks on all gigs/flyers/socials/etc. Anything done before the switch(music, merch, video games, etc) stays as-is.

“A follow-up email sent on July 7 also went unanswered. This is why I am now resorting to this public petition campaign to effect this change.”

It looks like the public petition did its job, with Stamper announcing today that The Black Madonna name is no longer in use, and that she will be known as The Blessed Madonna from today onwards.

The Black Madonna is no longer searchable on social media via her old URLs, but you can find her by searching for “The Blessed Madonna” instead, as well as the social handles @theblessedmadonna