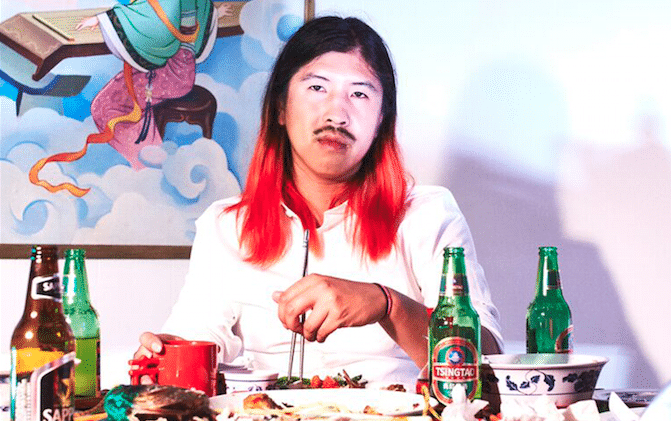 Out on Los Angeles based VRV, One Child Policy‘s debut introduces the electronic music world to a new and distinct sound. Featuring a yin and yang selection of tracks, Cultural Transmissions (available for pre-order here) contains productions that are both club-ready and cerebral in nature, kinetic and moving while simultaneously exercising the mind into new dimensions.

One Child Policy (1CP) is a project born out of the LA’s colorful San Gabriel Valley Chinese area, a fusion of sorts that sees the amalgamation of electronica with a background of classical music, electrical engineering and sound design. The results are peculiar, in a most positive way, with distorted vocals, mind-bending synth leads, gritty yet warm percussions and an overall atmospheric aura that carries through all his tracks.

The exploration of his own Asian-American heritage sees 1CP deliver musical content that is both ethereal and thought-provoking, all the while accessible to those looking to get lost in one of Los Angeles’ iconic and raw warehouse parties.

The EP is layered with interesting sounds and proves to be an homage to the producer’s roots. It opens up with the booming “Yin,” a track characterized by a recurring arpeggio, and picks up the energy with “Red Coast Base Surveillance,” featuring lo-fi pads bleeding over a menacing bass line. With “Only Me” we see 1CP dive into the dichotomy of a Chinese American upholding filial piety (孝) towards his family, addressed by the call and response of the voices in the track, the apparent moody pads and heady TB-303 atmospheres. Showcasing his eclectic taste, “Chasing the Dragon” blurs the genre lines in more ways than one, bringing disco samples to a techno landscape, the result a nod to UK garage that will surely get people dancing.  Closing out the EP is the title track, once again using the power of contrast to brilliant results. 1CP tunes and processes the sound of Chinese fireworks to produce sonic outputs that are then laid over silky vocals and mesmerizing pads.