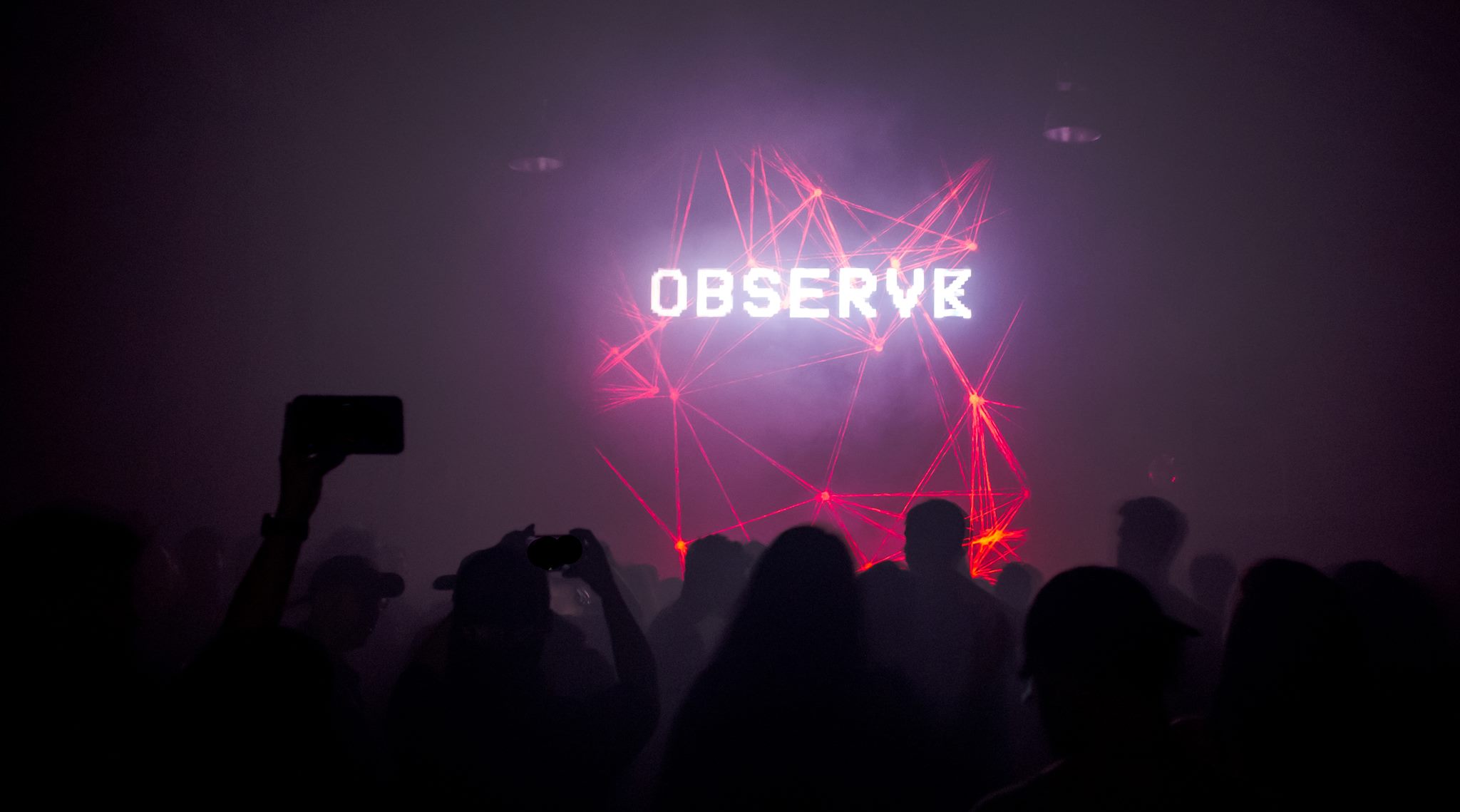 It is always with great anticipation that Southern California techno aficionados look forward to Thanksgiving weekend in Los Angeles.

For nearly two decades, a collective of like-minded individuals have come together to throw an annual techno gathering that has, through its growth, become one of the most influential party series of North America. Originally called Interface, the party series known as Observe went through a re-branding last year while continuing to deliver events not only in Los Angeles (twice), but also Detroit during Movement weekend, Miami and Chicago.

Spearheaded by LA techno pioneers Drumcell and Truncate and characterized by a perfectly-executed balance between sensory deprivation and overload, every Observe party features mind-bending visuals from the inimitable OKTAform.

The sixth instalment of the newly-branded series will take place on November 30th. On top of Observe crew staples Dean Paul and Subversive, the party will also host the Los Angeles debut of Ben Sims b2b Truncate as Assailants. The sense with every Observe event is that it’s a family gathering of sorts, with friends old and new coming together for a true celebration of friendship and camaraderie through the medium of techno and audiovisual sensory assault, as Drumcell perfectly explained through a recent post on his personal Facebook page:

RSVP is mandatory for the upcoming Observe.06 event in order to receive the address and info to attend. You can RSVP or purchase tickets HERE.