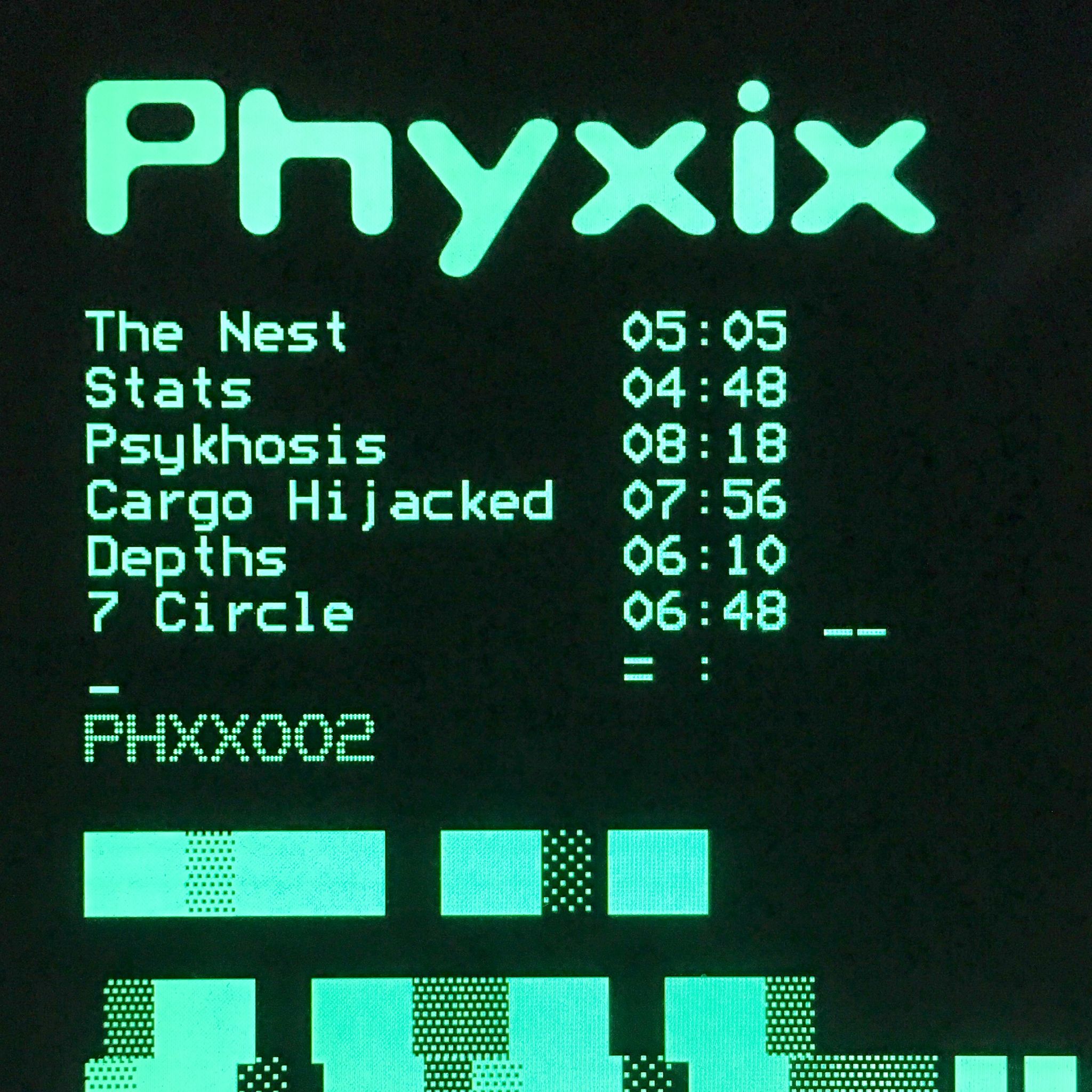 In 2020 techno stalwarts Ø [Phase] and Matrixxman took their collaboration up a notch, announcing the birth of Phyxix, and today they take it a step further with their second EP titled Phyxix 002.

The duo began working together behind the decks first, and then took that synergy back to the studio. Their first EP, self-released and titled Phyxix 001, consisted of three powerful tracks featuring both the Detroit influences that have shaped their careers as well as hypnotic elements that drive each track home directly to the dance floor, where they’re intended to be played.

Check out the snippets below and head to the Phyxix Bandcamp page to get your copy of the release.

Ø [Phase] (real name Ashley Burchett) has been producing and mastering techno since the early 2000s and is best known for his output on Token.

Matrixxman (aka Charlie M Duff) has been producing a steady stream of stripped-down analog house and techno for labels like Dekmantel and Planet Rhythm.

Phyxix 002 is out now and available on Bandcamp HERE