Nur Jaber Sets Sights on Taking Over the World 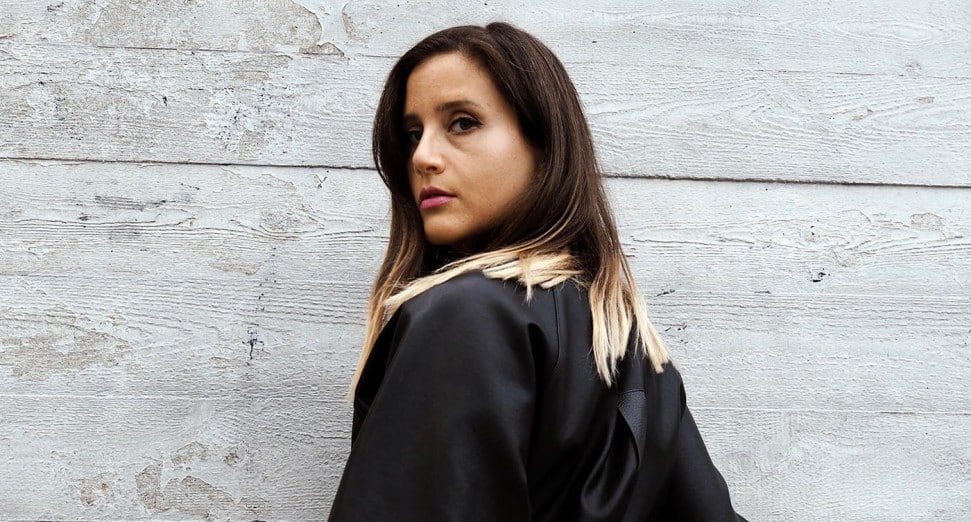 Nur Jaber Sets Sights on Taking Over the World

Raw, energetic & emotional Techno… that’s how DJ and producer Nur Jaber describes the force that is her music and sets. Berlin by way of Beirut, Jaber is a climbing force within the global techno scene. Growing up in the small war-torn country of Lebanon, Jaber channeled her past experiences into one of the most promising techno acts to emerge in recent years. With regular gigs at Berghain, her label OSF, and a growing global fanbase, there’s no question Nur Jaber is making a name for herself with her tense and emotional music.

With the release of her debut album If Only – A State of Peace in 2018, the acclaimed DJ and producer continues to focus her efforts on genre-defying sounds. Given her background in a tough environment, Jaber hopes to promote peace, healing, and hope through her music.

With a new EP and United States tour dates on the horizon, we caught up with Nur Jaber to discuss her inspirations and what’s on the horizon for her.

Welcome, thanks for sitting down with us! How have you been lately? What have you been up to?
Hey guys! I’m good! I’m really happy to be back on the road traveling and playing gigs. It feels nice to be back to some kind of normality, even though things seem to be shutting down again.

What first got you into electronic music, and at what moment did you decide you wanted to do this as a career?
I used to go to a club in Beirut called ‘The Basement’ mostly locals and some international acts that would play House / Minimal music; I would go there every weekend alone or with a bunch of friends, and then after I visited Berlin for the first time in 2010 and went into Berghain that was the moment that changed my life and I knew that this is what I wanted to do.

Success to me is being able to tick the goals on my list no matter how high or low they are and to be able to always progress and surprise myself.

Nur Jaber on striving for success

You’re originally from Beirut, Lebanon, a country with a deep history of internal conflict. How has your childhood there impacted your career, music, and general outlook on life?

It just made me want to seek something better for myself. I think everything I went through in Lebanon growing up kind of strengthened my passion for making and playing music that always has a message behind it.

In addition to your environment, are there any artists who’ve really inspired your work as an artist?
I can’t really say that any other artist inspired the creative process of my work as an artist, well maybe artists from the trance scene from back in the day haha but Dax J has inspired a certain work ethic in me that I will always hold on to

Your fanbase has steadily been growing for several years. At this point in your career, could you confidently say you’re successful, and if not what does success look like to you?
Uff that is a special question. I am on the plane to Montreal right now as I answer these questions and I was actually just writing down the points that I as ‘Nur Jaber’ felt I’ve achieved so far in my career. There are a few valid points but I feel there is soo much more to achieve on my list and I’m maybe at 40% of what I really want.

There is a much wider crowd that I want to reach and venues/festivals I want to play. Success to me is being able to tick the goals on my list no matter how high or low they are and to be able to always progress and surprise myself.

You recently started playing shows again, including the infamous Berghain. How has it felt for you getting back to performing?
It feels amazing to be back. Of course I feel the exhaustion in my body & mind sometimes since we just jumped on the tour train from one second to the next, but I’m grateful for every opportunity.

Your tour in the United States last year was halted due to the pandemic, but you’re set to return this winter, including playing COMPOUND in Los Angeles for New Year’s Eve. What excites you most about playing to the crowd in the states?
I’m excited to play in the US you have no idea! It’s a whole new territory for me, that’s why it feels super special. It’s like I’m meeting a whole new crowd for the first time and I’m looking forward to seeing what kind of direction they are into and how they will receive the musical journey I’m about to set out.

I really hope I make as many friends as possible out there and that my fanbase grows so that I can come back (or maybe stay, who knows haha).

Last but not least, do you have any exciting projects coming up?
My next solo EP is coming out on my label OSF next year, with a hardcore remix from O.B.I. & a vocal collaboration with a rapper called Repeat from Leipzig in Germany. & a few other things that will show some clarity in 2022.