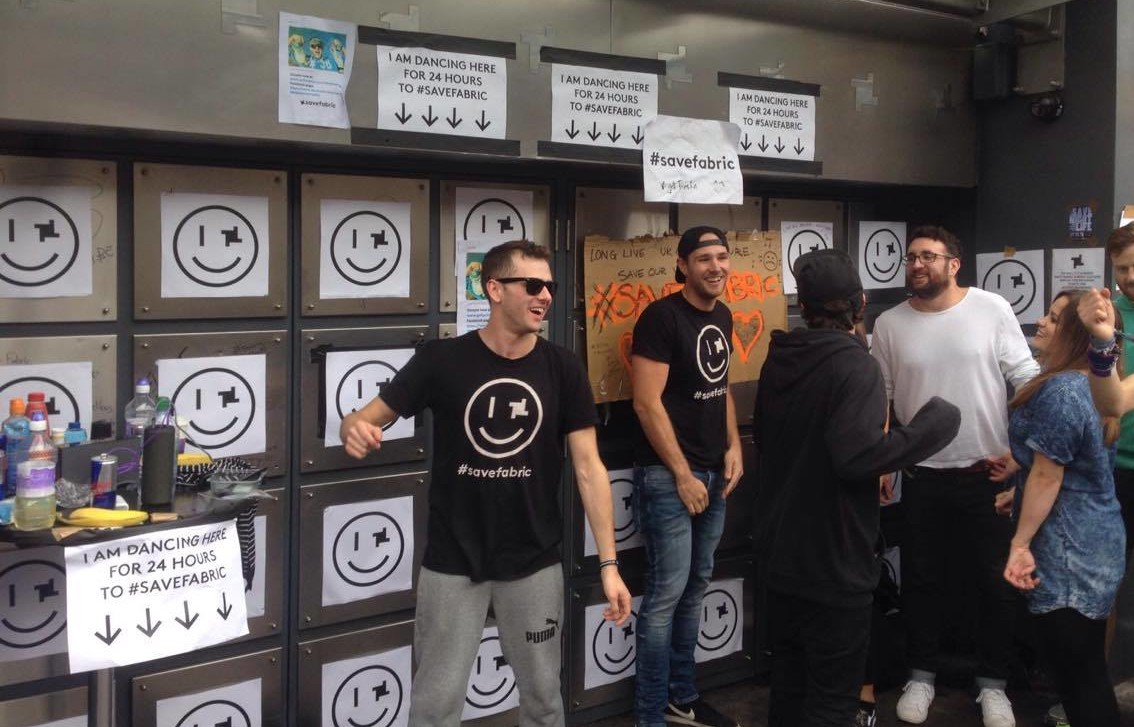 When you love something, you will go to any length to protect it.

That was exactly the case for a London fabric fan by the name of Tim Griffith, who decided to dance for 24 hours straight outside of the closed club in an attempt to raise £2,000 for its legal battle to re-open.

Griffith’s gofundme page clearly explains how music is his number one passion, a love that translates to a job as an audiovisual technician and a DJ/music production career which he continues in his spare time.  When talking about his planned exploit, Griffith explained, “A few weeks back I made the decision to organise a 24 hour, non-stop dance outside the doors of fabric, in order to raise money to contribute towards fabric’s legal fees, which the club needs to raise in order to appeal the revocation of their licence.”

The Islington club has officially appeared against the local council’s decision to revoke its license, with a formal court date set for Monday, November 28th. Dance music fans all over the world are raising funds online to assist with the legal fees and to ensure that the club staff are able to survive through this period. Thus far a total of £282,918 has been raised, with a series of dedicated benefit nights featuring top-tier acts such as Ricardo Villalobos, Nina Kraviz and Seth Troxler all scheduled for October and December. Griffith began the 24 hour dance marathon at noon GMT of Friday and terminated it successfully today.