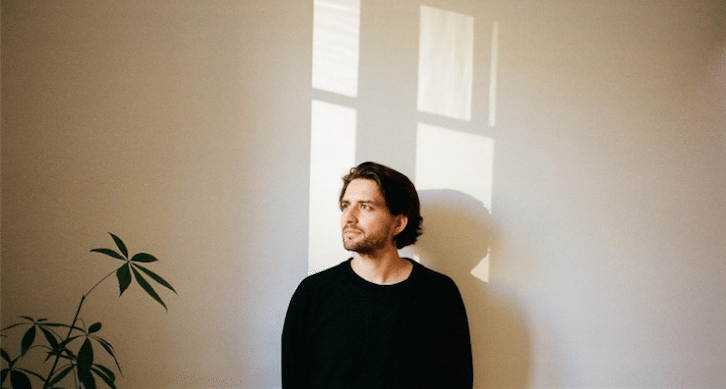 Fresh from massive releases under his Patagonia alias and another on Yoyaku’s Tartouffe label, the Rome-raised, Berlin-based Noha has been enjoying a fine time of it recently. Collaborations with Archie Hamilton as well as his prime role in the Anonymous Souls collective (alongside S.A.M, Per Hammar and Matthew Dekay) would suggest a talent making great waves — and you wouldn’t be far wrong.

Just as comfortable shifting between slick minimal tropes as he is peak-time dancefloor burners, his latest EP, ‘Europa’ really does encapsulate all that’s exciting about one of Italy’s most treasured and respected up-and-comers. Currently, in the middle of a North American tour that’s bringing him to LA and Montreal, he’s a man we’re sure you will be hearing much more from soon.

Here, he outlines for us some of his major influences. Interestingly, they’re not all musicians either…

LTJ Bukem and many of his albums are without any doubt the reason why I started fantasizing about becoming a DJ and a producer.

It doesn’t really matter how much time passes, I still have phases where I go back to his music and get inspired as if it was the first time. I dream that with my music that I can achieve the same balance between groove and melody, being able to have people dream and share a mental journey while their hips start to move. Not easy, for sure. But it’s always good to aim big. Bukem’s quality is the peak of the mountain I want to reach.

Efdemin’s work is from another planet as far as I’m concerned. I feel a strong and personal connection with his music, from his album Chicago to his last one, New Atlantis. His track, “There Will Be Singing” is something that moves and inspires me to find my own style.

He represents for me what I would love to become, a true artist not afraid of looking for unusual formulas and unafraid to follow his own path.

These two assholes are something special. I could be here bragging about how amazing it is to have friends like these guys, but we are talking about artistic influences so let’s stick to that.

When I came back to Berlin 8 months ago I was all over the place, with so much energy and enthusiasm but unsure how to use it best. In my past I have suffered with not having peace of mind, being really judgmental and also being harsh on myself.

Also, I always believed that investing your entire life into create something (in an authentic way) makes you confront the most destructive and scary parts of yourself. These two helped me to figure how to stay creative and still enjoy life. It might sound a bit naive, but believe me — it’s not. We spend most of our time talking about creativity under all aspects and having friends like this around you is priceless.

To join forces together with our other good friend Erik (Par Hammar) and create Anonymous Souls and start to play together was just a natural evolution of things.

Giorgio Morandi (1890 – 1964) was an Italian painter and printmaker who specialized in still life. His paintings are noted for their tonal subtlety in depicting apparently simple subjects, which were limited mainly to vases, bottles, bowls, flowers and landscapes.

I’ve known his works my entire life but only over the last few years have I really started to feel a very strong bond with his works. He kept on painting bottles and vases in different combinations, over and over and over and over and… well, you got it. And this practice, this endless reproduction, deeply moved me.

I feel like I am in a way doing the same. Kicks, claps, baselines, melodies: always the same elements, every day doing the same, looking for those subtle details that can magically make a huge difference. He’s my spiritual father.

So, Mark Hollis just passed away, and this really made me sad. It’s the first time that I’ve felt touched by the death of someone I never met. Beyond all the albums I loved there is one specific song he did that I won’t even try to explain why. Lets just listen to it.

Keep up with Noha on Facebook, Soundcloud and Resident Advisor