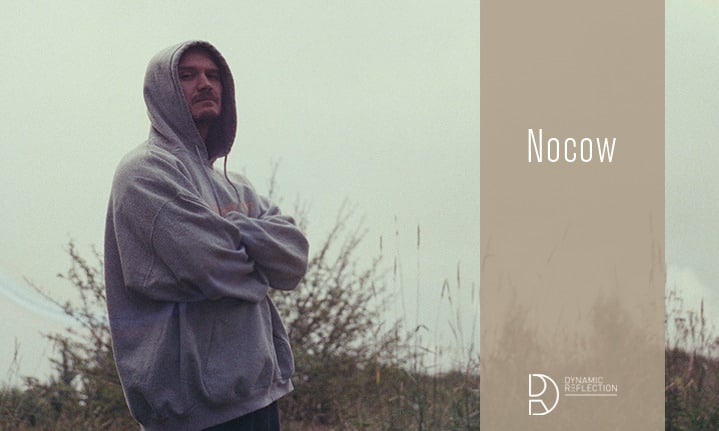 Dynamic Reflection proudly presents a new vinyl release on their Limited Series (vinyl only) from the Saint Petersburg-based producer Aleksei Nikitin, better known as Nocow. In true Nocow’s fashion, the album encapsulates an array of intertwined genres that goes beyond techno and results in a refreshing take on techno music.

Note: by purchasing the vinyl you will receive an exclusive download code, which gives you full access to the digital downloads of the album + 2 extra digital BONUS tracks.

During Nocow’s 10-year-long music career, he’s produced more than 20 releases throughout different labels, such as: Figure, B-Pitch, Turbo, Rekids, Clone, Gost Zvuk, Roots United, Ethereal Sound, Styrax, and Fauxpas Musik. He has also come up with his own unique style, that’s shown through his performances in Boiler Room, Sonar and Present Perfect festivals, as well as world-renowned clubs such as Berghain, Blitz, Block, Tresor, and Nordstern.

Ambient drones, tribal undertones, U.K. garage influences, and 90s aesthetics are among some of the impressions that are showcased in the project. On ILES Nocow shows a diverse spectrum of electronic music sub-genres — all of which come naturally for the artist, who is known for his versatility in music production. In the words of Nocow himself, this allows him to express his ideas to a higher degree of freedom.

All of the music on ILES  serves as a language of the subconscious that simultaneously brings out thoughtful reverie and the feeling of saudade. It is an emotional experience that connects the sense of nature’s mysticism with the notion of the human self, which allows for the listener’s inner dialogue in a moment of reflection.

Nocow’s music solidified him as a prominent artist within the contemporary techno scene and his new album is yet another proof of it. Dynamic Reflection is fascinated by the project and feels certain that listeners will be mesmerized by the sonic world of ILES  as well.