No Flash: Should Phones be Banned from the Dancefloor? 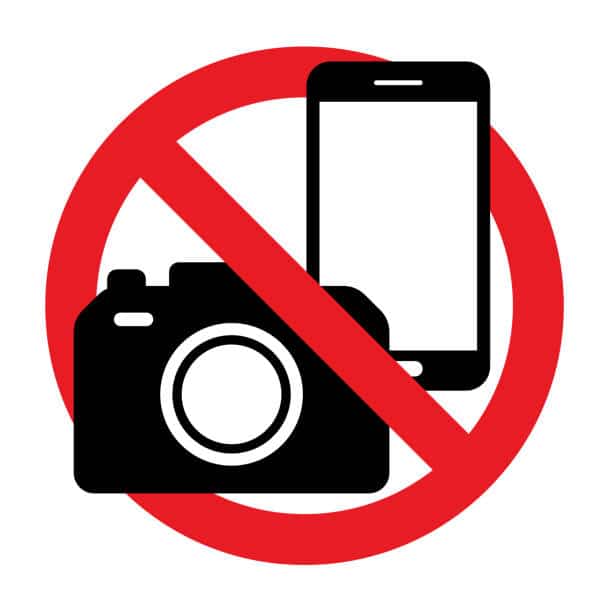 No Flash: Should Phones be Banned from the Dancefloor?

Dancing in the club is usually a night to escape and get away from the mundane of daily life. Often times being in the middle of a crowded dancefloor can wash away any pain, anxieties or stress that life has caused us that day or week. Having your body blend into the others around you, blending with a sea of people rather than just yourself can often be freeing and healing for some. But one thing that has taken away some of that freedom in recent years has been the advent of the smartphone and social media. So, should phones be banned on the dancefloor?

“The reason people used to go to clubs was to flirt and dance. Now people are flirting all the time with their phones. And dancing with their phones in their hands. Does it stop people from letting go in the same way? Yeah, I think so.”

Over the last decade, clubs have been overrun with people on their phones, taking videos or pictures for social media platforms like Instagram or Snapchat.  It can feel like more and more people are going out to be seen rather than to escape and dance.  All the phones and flash can be a distraction for many club-goers and DJs themselves.

More prevalent in European clubs, such as the infamous Berghain, clubs have been known to implement a strict no phone/photography policy. The thought process is that it’ll create a better atmosphere and vibe in the club if people are less glued to their phones taking pictures, and more so on the music and interacting with their fellow club-goers.

When you take a photo of something, you’re counting on the camera to remember for you. You don’t engage in any of the elaborative or emotional kinds of processing that really would help you remember those experiences, because you’ve outsourced it to your camera

Dr. Linda Henkel on photography and memory, via TED

And many club-goers do agree, phones are a distraction. A survey done by Eventbrite found that “70% of respondents said they find it irritating and 69% agreed that some action should be taken to minimize it.”

Recently more clubs around the world have been implementing some sort of no photo or video policy. Most recently Fabric in London announced they will begin enforcing once they re-open. Similarly, 6AM has been implementing a no photo policy as well in order to better help dance-goers stay in the moment and enjoy the music.

fabric is London’s home for underground music, always aiming to create a feeling of self-expression on the dance-floor. We are introducing a strict no photo, and no video policy at the club. Stay in the moment and put away your phone, enjoy the night… pic.twitter.com/Xpvof20jWD

On the other hand, documentation of rave culture and nightlife can be beautiful and done tastefully. Back in the 90s raving was oftentimes illegal, and photography was a way to document and preserve resistance to the powers that be. In an interview with Mixmag, rave photographer Matt Smith states that photography is “it’s an important thing to do and a great way of making art that is socially relevant with added benefits for future generations.” Through photography, people are able to document just how far club culture has come. Furthermore, club culture can see just how much has remained the same.

For me raving has always been about inclusion and diversity. The collective nature of the experience is what makes rave such a powerful and positive social phenomena.

Matt Smith on the essence of rave

All things considered, at this point society won’t be able to get rid of smartphones. They are a ubiquitous part of daily life, taken wherever you go. While you can’t get rid of phones and photography, the best you can do is try to be mindful and stay in the moment the best you can.