ТРИП, Nina Kaviz’s imprint that translates to “trip,” has announced a special North American tour with events to be held at a string of unique locations chosen by the Russian producer herself.

Although exact details are still unknown, the label has stated that the events will be held at locations that will reflect the very culture of the city hosting them. For example, in Miami the event will be held at an open-air location, while in Mexico ТРИП will host its party at a fortress. In Los Angeles, Kraviz and her team will play at an unused movie studio, an homage to both the city’s rich history in movie business as well as its deep underground warehouse party culture.

The tour will last from October 27 to November 6, with Nina set to be joined by label-mate Bjarki and other special guests yet to be announced. The stop in Toronto for Coda’s 10 Year Anniversary – Nina’s first appearance in Canada in the past 3 years – is the only one on the tour that will be played inside an actual club.

Nina and her team are no strangers to holding parties at unique locations, famously throwing cave raves in Iceland in the past. The upcoming North American tour promises to take party-goers on a “very different, exciting and pleasurable трип.” 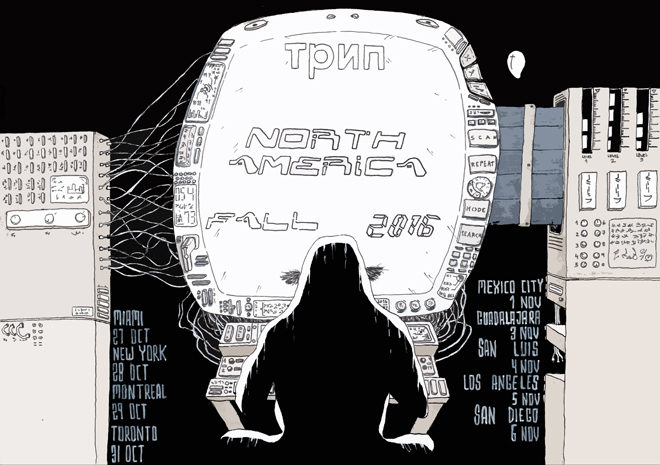