Nightlife Matters: A Call for Governments To Respect Our Scene As Part Of Local Culture 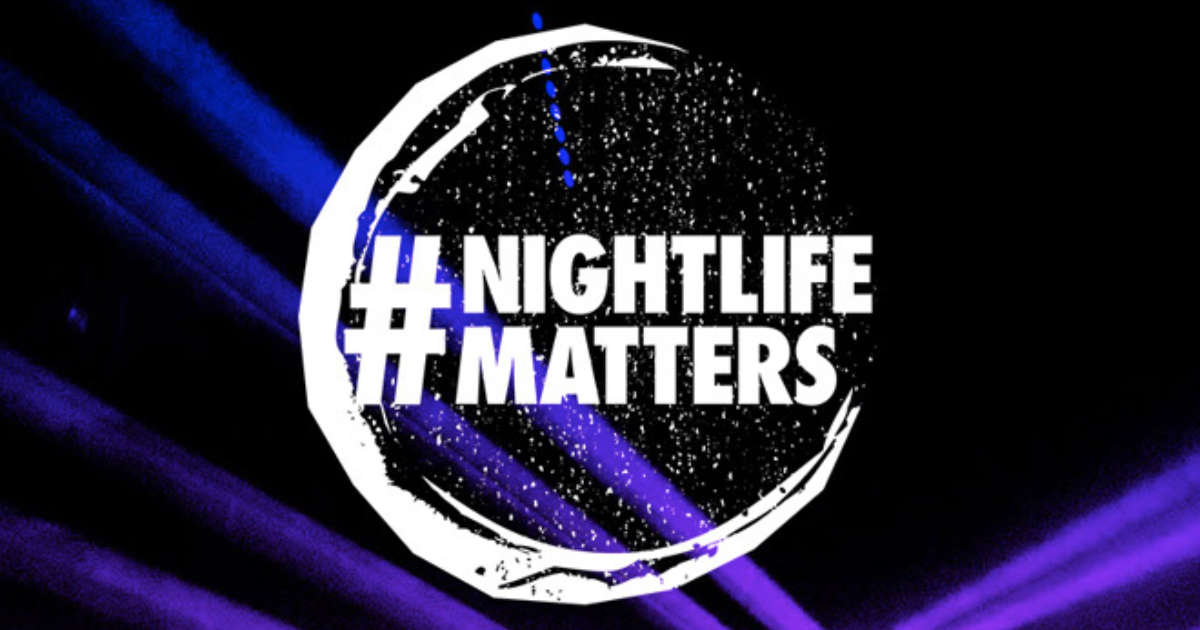 Nightlife Matters: A Call for Governments To Respect Our Scene As Part Of Local Culture

Electronic music is an indelible part of the world’s nightlife scene. Our music represents the soundtrack and backbone of an industry that is alive in all four corners of the globe, and almost every country in between.

Yet, it is only in a select amount of countries that nightlife is truly respected as part of culture, as an expression of art and freedom. In the Netherlands and Germany, in particular, legislators, politicians and officials recognize nightlife and electronic music as a valuable piece of both the local and national economy. The appreciation for our industry goes a step further in cities like Amsterdam or Berlin, where those participating in nightlife are not only respected but celebrated as part of a movement that promotes tolerance, art and freedom.

Unfortunately, this isn’t the case in other countries. Australia, and in particular Sydney’s New South Wales state , has been facing uphill battles with local officials who have gone so far as to impose strict lockout laws effectively curbing the existence of nightlife in some of the country’s most populous cities. England is facing similar problems, in no small part due to gentrification and the significant change with which venues, nightclubs and bars interact with local neighborhoods and communities.

In the United Kingdom, the NTIA (Night Time Industries Association) has now launched a #NightlifeMatters campaign to increase awareness on the importance of our scene as part of local art and culture. The aim is to educate and change the viewpoints of the many on the other side of an irrational “us-versus-them” argument which constantly pits nightlife as unethical, quasi-criminal, uncultured and even dangerous.

Naturally, the campaign is backed by a great selection of high-profile artists the likes of Carl Cox, Eats Everything, Jackmaster, and Sasha, as well as venues and promotion companies. The always outspoken and active Seth Troxler has personally weighed in via Clash Music, underscoring just how important this message is for the longevity and prosperity of nightlife as we’ve all come to love it. The movement encourages everyone to sign their petition, and to tweet using the hashtag #nightlifematters to join and support this vital campaign.

“There are always multiple factors to consider when it comes to club closures. It’s hard to keep a business like that going for 10 years, just look at places like Plastic People or Dance Tunnel, even when a club is successful it’s hard work to keep it alive. But who’s responsible for these closures? Is it developers? Local councils? Licensing boards? Has club culture changed fundamentally, are kids today too boring? Or is it the government?

Of course it’s a combination of all those things but there’s one obvious way for us to change it. Vote.

We’re living in a time where the government likes to create media sensations around one topic or another. It’s not about them trying to save lives or change culture, it’s about who can keep themselves in the spotlight for the longest. Decisions are being made by people who are too old or too out of touch with what’s happening in the modern world. And it’s not just in the UK, it’s part of a global problem.

In places like Germany and Holland, local officials accept electronic music and nightlife as culturally valuable. They look at nightlife in the same way they do ballet. It’s not seen as something violent or criminal, it’s celebrated. They recognise that many of the people taking part in night culture are tolerant of different races, different genders and different sexualities. They recognise that nightlife has significant economic benefits, that it has the same capacity as high-art, fiction, food or film to inspire and influence a generation. In the UK and US, by contrast, there’s a total disconnect between night culture and ‘culture proper’. Legislators don’t understand who we are or what our value is, so there’s no desire to protect it.

If we’re to change these attitudes, we can’t just talk about them, we need to have more young people start participating. If we want to change perceptions about club culture we need to act. Part of the reason I launched Acid Future, part of the reason I’ve spent my life playing underground music, is to try and keep the dream alive, to try and fight the fight by educating people about electronic music. 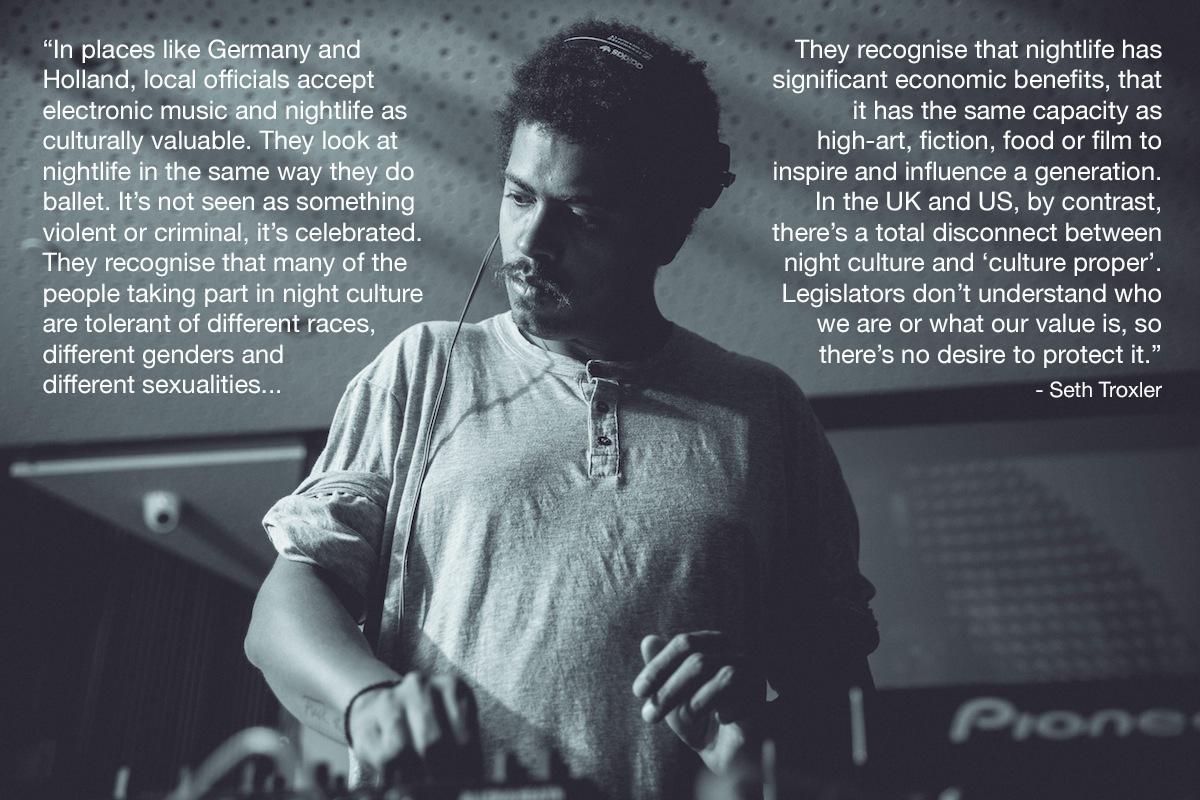 #NIGHTLIFEMATTERS is addressing the same issues, albeit from a different angle. They’re going direct to policy makers, showing them who we are, showing them that we’re valuable, showing them that we aren’t the stereotype that they think we are or that we might have been in the 90s. Their giving young people a platform to make their voice heard, in just a few clicks on nightlifematters.com you can email local councillors and MPs to let them know why nightlife is important to you.

It’s a first step but it’s only the beginning. We’re at a point where the old structures of society are losing their grip, there’s a huge opportunity for young people to change both the government and its policies for the better. Take for example this guy Will Thompson, he used to work for our management company, he was incredibly brilliant, very cool. He quit so he could go back to school and start working in politics because he wanted to change the situation he found himself in. He realised that the only way to really change things is to get involved.

The only reason these conservative councillors get in is because the only people who vote in local elections are 65 year old tea ladies, if you had everyone in Shoreditch get involved in the political process you’d be able to protect bars and clubs in the area.