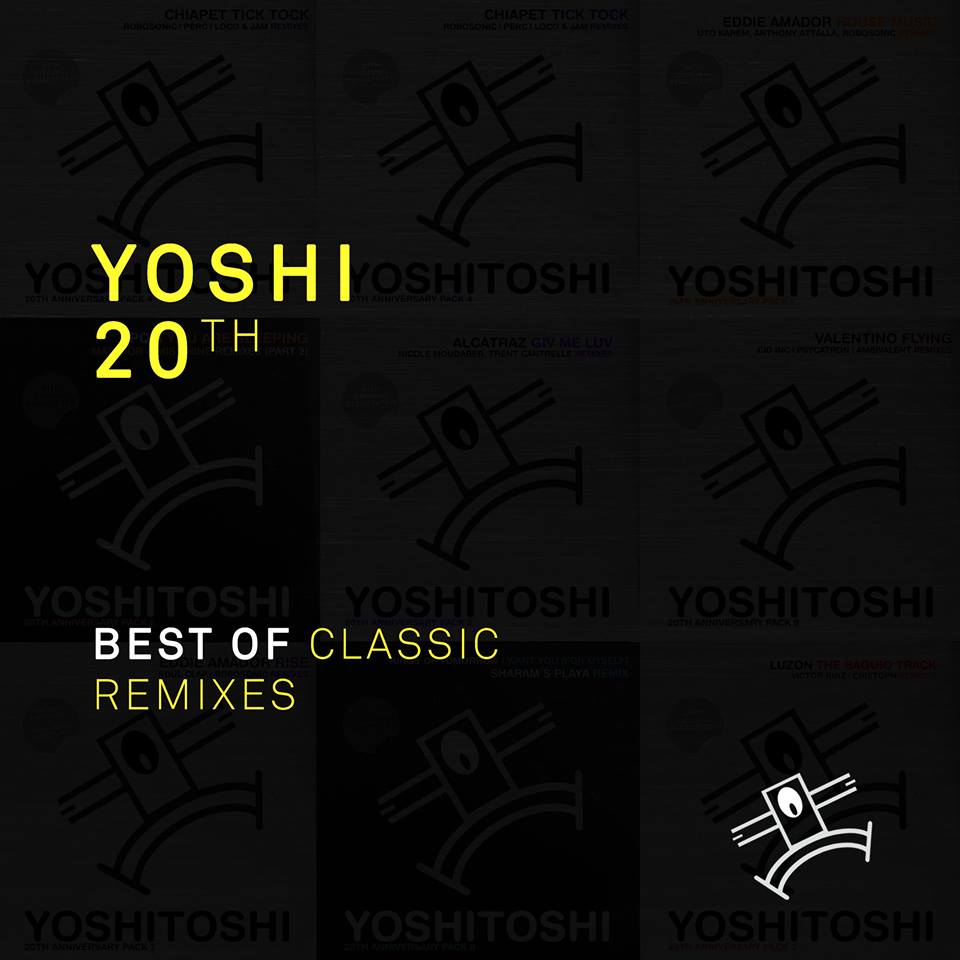 This Monday we bring you the yearly traditional appointment with Yoshitoshi’s “Best of” compilations, sampled to you via two Minimixes uploaded to SoundCloud.

First up, the label released their Best of Classics Remixes compilation in celebration of 20 years of Yoshitoshi. It must have not been an easy feat to sift through two decades of brilliant releases to narrow down the 10 that would make the cut, but a quick glance at the chosen tracks leaves no doubt as to the high-quality selection process taken by the team at Yoshitoshi. The finished work includes remixes from Nicole Moudaber, Matador, Ambivalent, Paul Ritch and of course Sharam himself, all of which are sampled in the below Minimix on SoundCloud and available for order on Beatport and iTunes.

But that wasn’t all for Yoshitoshi last week, as Sharam’s esteemed imprint set out to release their Best of 2016 short-list. There is no question that the label released some of the hottest house records of the year, including Anthony Attalla’s “F1” and Rony Seikaly’s “The Sword”, both of which we premiered exclusively on 6AM. Other notable tracks on the compilation are Trent Cantrelle’s “Blade” featuring Cari Golden, Vanished’s “Say What” and several releases from label boss Sharam himself. You can pre-order the 17-track compilation, which will be released alongside a continuous DJ mix of all tracks on December 30th, on Beatport.

Read back on our interview with Sharam for our Humble Beginnings series, where he explored his origins in dance music and the journey he has taken to establish his label in the international dance music industry.