Music Is The Answer: Twitch, Facebook & Instagram Don’t Get The Memo and Crack Down on DJ Live Streams 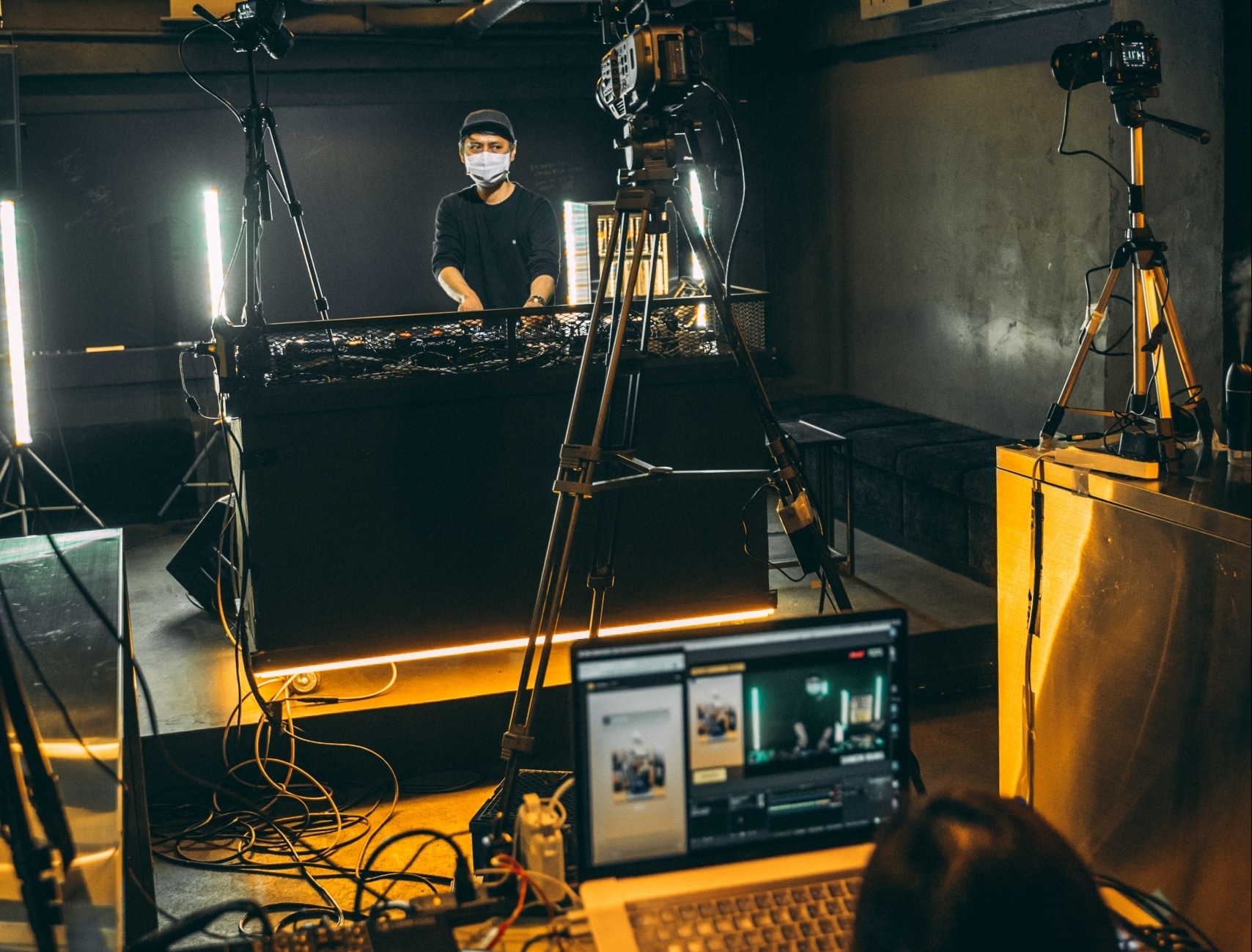 Music Is The Answer: Twitch, Facebook & Instagram Don’t Get The Memo and Crack Down on DJ Live Streams

2020 has arguably been the most difficult year to date for the music industry. As the Coronavirus pandemic continues to inflict its damage around the world, leaving people jobless, destroying entire industries and forcing us in our homes, our society is also coming to grips with the long-overdue realization that systemic racism and police brutality are interwoven and still prevalent in our lives today. The natural result has been for people to diverge their attention to social media, connecting with loved ones and music through platforms such as Facebook, Instagram and Twitter, but also live streams on Twitch and YouTube.

The live music industry has been essentially reduced to nothingness and all events that require a gathering of people, whether related to sport, music or otherwise, have been indefinitely postponed. As event cancellation announcements made the rounds in spring, the electronic music world turned to live streams as a solution. The idea was simple: if dancers can’t go to see their favorite DJ perform live, the DJ was bringing the music to them via streaming.

After all, MUSIC IS THE ANSWER, right?

Wrong! Or at least social media platforms such as Facebook, Instagram and Twitch think so. This worked for a few months, but now social media companies and streaming services have begun to crack down hard on live DJ performances on their platforms. The first platform to cause issues was Facebook, and by default Instagram since it’s owned by Facebook. Both platforms have been interrupting live streams, instructing DJs to obtain legal clearances and the rights to the music they want to play on their streams. Rather than allowing, even encouraging, DJs to bring quarantined fans onto the platform, Facebook has been interrupting live streams mid-track and labeling artists as copyright thieves in the process.

We must remember that the role of a DJ isn’t just found in the electronic music industry, but is an integral part of the hip-hop world too. In fact, DJs revolutionized music by blending, extending and cutting records in a way that gave birth to hip-hop back in the ’70s, inspiring rappers and dancers to launch a new culture that has gone from underground to the mainstream. In the years and decades to come, the figure of the DJ has grown. DJs have become artists in their own right, respected, revered and booked throughout the world to play in front of massive crowds, sometimes performing in front of entire stadiums.

The problem with DJ live streaming lays right in the heart of what it means to be a DJ. DJs take songs and give them a new meaning by blending them together and editing them on the fly. As the world went into lockdown, hip-hop and electronic music DJs took to social media to connect with their fans and provide music, love, joy and respite at a time when people needed it most.

While DJ live streams have been taking place for years, throughout the pandemic you could open Facebook and Instagram and find a never-ending selection of live DJ sets from artists spanning a multitude of genres, including Questlove, John Digweed, Kaskade, Paula Temple, David Guetta, Charlotte de Witte, DJ Clark Kent, Jazzy Jeff, 9th Wonder or just about any local DJ regardless of their genre of focus.

This prompted Facebook to release an “Updates and Guidelines for Including Music in Video” on May 20th, which stated:

DJs quickly realized that hosting their live streams on Facebook and Instagram was going to be problematic, as more and more of their sets were cut off mid-stream. Facebook noted that Instagram Live DJ sets could be “limited.” The statement was incredibly out of touch with what it even means to be a DJ, stating that artists should play short clips instead of full tracks, noting that “recorded audio should not be the primary purpose of your video.” The giant social media platform went on to suggest that DJs use music from the Facebook Sound Collection for their sets, noting that any other tracks they play could be subjected to a copyright violation notice and stream interruption.

These rules say it’s illegal for DJs to play tracks on Facebook and Instagram without a performance license from an agency like Broadcast Music, Inc. (BMI) or the American Society of Composers, Authors and Publishers (ASCAP). Facebook themselves do not hold a license allowing users to play these tracks, leaving it to the artist to figure out a solution to the problem on their own. Yet, there is no way that we could find for a DJ to even alert Facebook or Instagram that they have gained royalty permission to play copyrighted tracks, if they even manage to get it in the first place that is. So, while DJs have been spinning records to the public for decades without any copyright issues, they are now facing an arduous battle when it comes to doing the same thing on the internet.

We have however noticed that it appears that well-connected artists or brands are getting away with organizing live DJ streams without interruptions, while others are receiving copyright violations notices and getting their sets interrupted midsong. Beatport, for example, has been organizing entire three-day weekends of live streams from tens of DJs around the world, all broadcast on Facebook without much of an issue. Sources have informed us that it’s inside connections that have allowed their streaming to go on uninterrupted on Facebook and YouTube, rather than properly acquired performance licenses.

In light of Facebook’s crackdown on DJ live streams, streaming platform Twitch became a preferred alternative of many DJs and brands organizing mass DJ live streaming events. On Twitch artists reported zero set cut-offs and enjoyed being able to stream without worrying about copyright issues. The platform also offered tipping and donation capabilities, allowing for fans to donate to their favorite DJs at a time when their main source of income through touring has been effectively destroyed.

However, over the weekend all creators on the Amazon-owned platform have started to get issued with DMCA complaints dating back years, The complaints have effectively prevented them from using the platform moving forward, especially if music is core to their content, and instructed them to delete all video clips containing copyrighted music as far back as they need to.

From examining the screenshots of users on social media it appears as though the RIAA (Recording Industry Association America) is the complainant for a majority of the cases and the songs are from many major label artists, some dating back over 3 years ago. Twitch, just like Facebook, Instagram and YouTube is legally obligated to perform these takedowns if it wants to be protected under the Safe Harbor provision which prevents a platform from being held liable for copyright infringements by its users.

Truth be told, Twitch has long held a policy regarding the use of copyrighted music, yet was loosely enforcing it. A lot of users we have spoken to were either unaware of the policy or chose to ignore it as they knew that the platform was not enforcing it. As of this week, streamers are being faced with possible account terminations if they don’t delete all their clips which contain music they haven’t created, don’t own or have permission for. This includes video game streamers just as much as it includes DJs.

“Here are some example types of music content you may not use in Twitch streams or VODs:

Music attorney Ian Waldon spoke on the subject to The Undefeated: “The record companies are saying that it’s not necessarily fair use, and it’s not a marketing or promotional situation where we have an established relationship with this particular DJ.”

Most of the DJ live stream sets you can watch on the internet are purely done for the love of music and wanting to connect with their fans, and this includes some of the biggest DJs in the hip-hop and electronic music worlds. A lot of the live streams are also done to raise money for charity, whether it’s to assist with the Coronavirus response in local communities or to fund social movement such as Black Lives Matter.

The pandemic we are living through is an exceptional moment in history that calls for exceptional understanding and regulating. While no one wants to knock the importance of  copyright laws, DJs performing other artist’s music are doing those artists a service on top of providing a much-needed escape from the emotional suffering our society is experiencing through these difficult times.

The cracking down on copyright violations that users are experiencing now on Twitch, Facebook and Instagram couldn’t have come at a worst time, with artists frustrated and struggling to survive through months of no touring.

If DJs are allowed to perform tracks at a house party, club, music venue or festival, they should be allowed to do the same on Facebook and Instagram live to the same audience. Especially now that we are all mostly confined to our homes, with artists unable to connect with fans any other way.

While we do not know what the future of DJ live streaming looks like right now, we hope that platforms such as Facebook, Instagram and Twitch can navigate these copyright issues with the right licensing companies in order to allow DJs to perform on their platform without issues. When it is all said and done, each of these platforms stands to benefit financially by hosting DJ live streams and should take the necessary steps to allow their users to play music live without interruption and copyright violation notices.