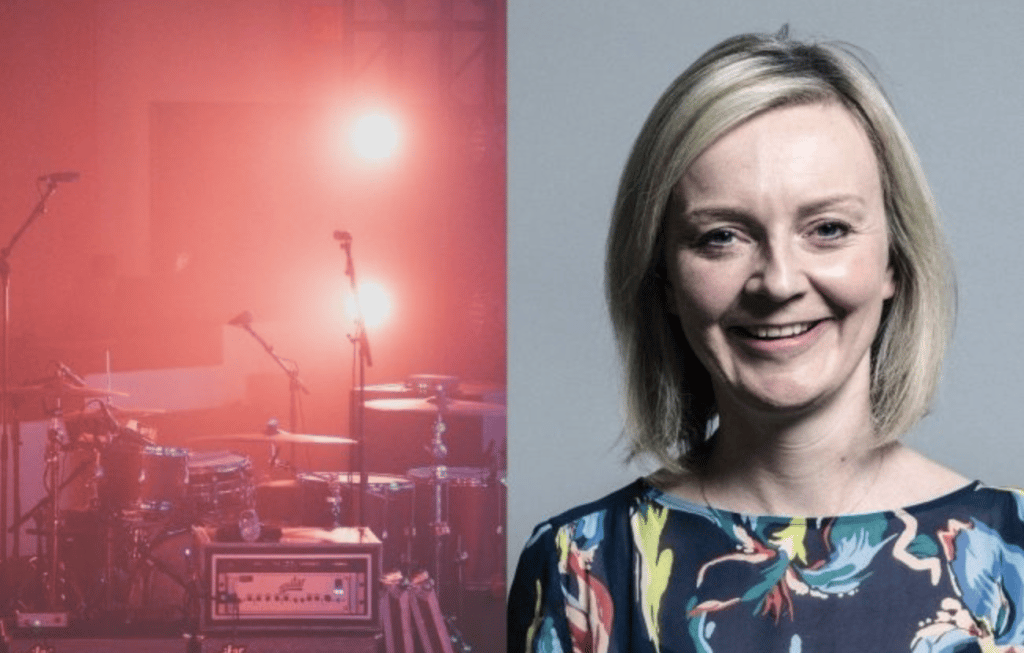 Music industry bosses call on newly appointed Prime Minister Liz Truss and the government to help out the arts and music sector.

Various music industry organisations, including UK Music, LIVE, The Music Venue Trust and Night Time Industries Association (NTIA), are asking for more action from the government to protect the music and entertainment industries.

After a Tory leadership race that frequently centred on potential tax cuts, the head of UK Music urged the new PM to take the same step the government did to aid the entertainment and hospitality industries during the pandemic when the VAT rate was lowered from 20% to 5%.

UK Music Chief Executive Jamie Njoku-Goodwin congratulated Liz Truss, the successful Conservative contender for Prime Minister, to her new position – and has urged her to start addressing and tackling the energy crisis that is heavily impacting the music industry.

Jamie Njoku-Goodwin said in a statement: “Congratulations to Liz Truss. During the campaign, Liz Truss rightly talked about the need to tackle the crippling cost of living – and she must now deliver on that commitment immediately. Without urgent action to help music venues, studios and other music businesses, there is a real risk that many will go to the wall”.

He added: “The Government should make a significant cut to VAT from its current 20% rate to 5% – just as it did during the pandemic – and throw a lifeline to music businesses and help them through this crisis.”

Live music trade organisation LIVE has also called for measures to be taken and has suggested a reversal of the introduction of the April 2022 VAT rate increase for hospitality, the reinstatement of a generous HMRC Time to Pay scheme in the sector, and measures to help businesses reduce their energy usage.

Similarly, Michael Kill, CEO of the Night Time Industries Association (NITA) has called on the government to implement energy caps for small and medium businesses that will be disproportionately harmed by the rising fuel costs.

Read Next: Recording Studios could Face Closure due to Rocketing Energy Prices

“It is now vital that the new Prime Minister takes this opportunity to be decisive in tackling the cost inflation crisis, over the coming days, by reducing VAT across the board, extending business rates relief and implementing an energy cap for small medium enterprise businesses,” he says.

This is echoed by Mark Davyd of Music Venue Trust, who said that he has been in contact with a grassroots venue that has reported a proposed hike in its energy bill of £134,000; a significant increase from £10,000 per year to £144,000.

Davyd said: “These are incredibly challenging times for grassroots music venues. The sector needs swift and meaningful action on the energy crisis, and we are keen to work with the incoming administration to find a short-term temporary fix for these challenges which gives us the breathing space to work on a longer-term permanent solution.”