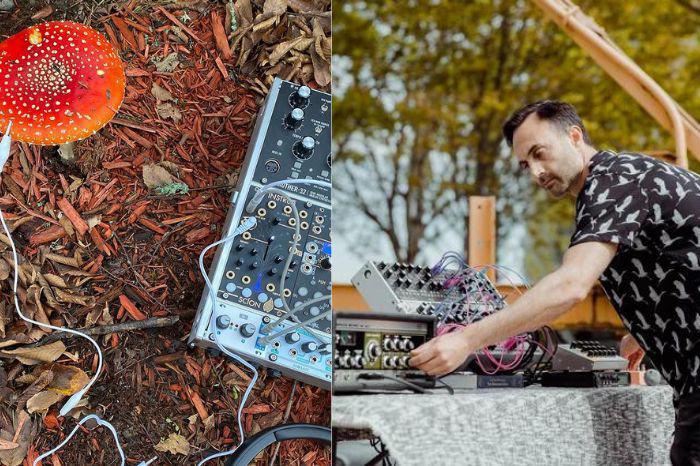 Mushrooms aren’t always used for their hallucinogenic effects. They are used to create music and art, too. Artist and composer Tarun Nayar, who creates and performs music under the moniker Modern Biology, plugged mushrooms into a synthesizer and wrote music with the electrical waves the fungi produce.

To achieve this sound, he places electrodes into the mushrooms and wires them up to his soundboard, allowing electrical signals to flow through the plants and trigger a synthesizer before turning them into sounds that humans can hear. Nayar has also written music with watermelon, cacao, mango, and cactus. His raving mushrooms don’t have a method to their madness, as to be expected with nature.

This unique ability to transform electrical waves from mushrooms and other objects has given Nayar enough juice, if you will, to release an album from all of the sounds he’s created

Read Next: This New App Will Make You Trip Like You’re on Acid or Shrooms

Dubbed ‘Plant Music Vol 2: Fruits and Flowers of Hawai’i,’ the album takes advantage of nature’s randomness and truly takes listeners on a sonic journey, not limited by the standard methods by which humans typically approach music production. Take a listen below.

According to Nerdist, fungi may actually have their own language and scientists are studying it to see if it’s similar to how humans communicate. “A computer scientist compared electrical signals in mushrooms to human language,” writes Nerdist. “And he found enough similarities between the mushroom language fungus uses and our own to make the claim.”

You can hear more of Tarun Nayar’s (Modern Biology)nature-generated music via his TikTok.