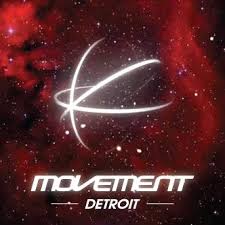 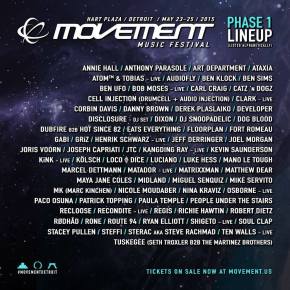 Paxahau has announced Movement‘s Phase 1 Lineup.  Needless to say, it’s another epic lineup.  Movement is one of the most underrated parties in the world.  This festival has been going strong for over a decade now.  In the city where techno was born, we gather under the sun in Hart’s Plaza to celebrate the music that we love.  Detroit is considered one of the most desolate cities in the US.  From the airport to Hart’s Plaza, the city is littered with abandoned buildings.  However, during Memorial Day weekend, the small corner of Detroit comes to life.

In addition to Detroit legends like Carl Craig, Stacey Pullen, and Richie Hawtin there are other acts that we are dying to see:

With such an amazing Phase 1 lineup, one can’t help but to wonder who’s going to be on the next 2 phases.  Either way, this festival is already shaping up to be an amazing weekend.  Hope to see you all on the dance floor.  Check out the video below for Movement 2015 Official Trailer.