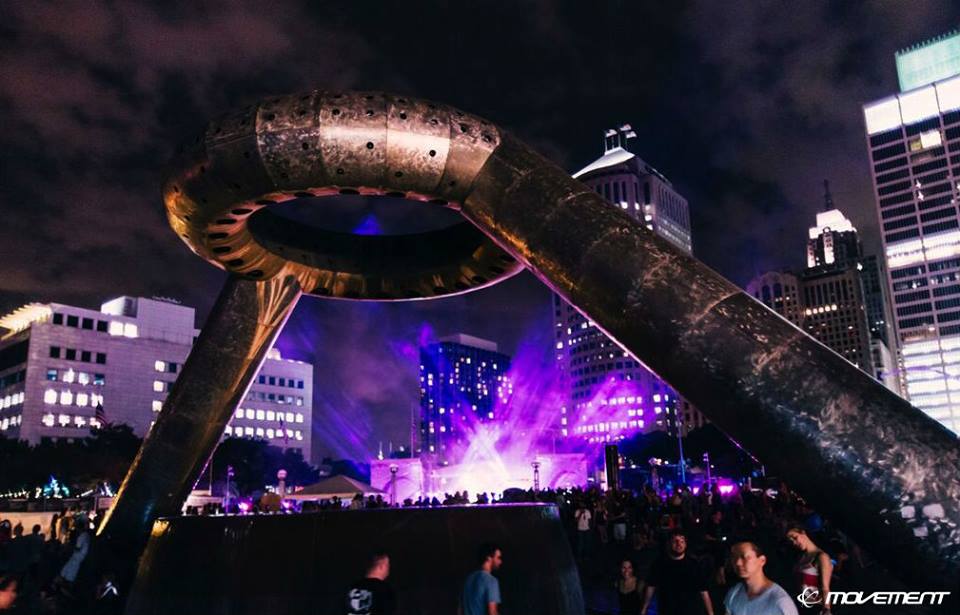 With less than two months to go until the techno pilgrimage to Detroit’s Hart Plaza is in full effect, Movement Electronic Music Festival has released its full stage and set time info for 2017.

Notable changes include the renaming of the previous Beatport Stage to the “Pyramid Stage” and Resident Advisor taking over the previously named Underground Stage where the heavier dose of techno will be found throughout the weekend.

There will also be three hosted/themed stages, all presented by Thump at the Star Gate: Detroit Love by Carl Craig on Saturday, Kevin Saunderson presents Origins: KMS Records 30 Years on Sunday and Jamie Jones’ Paradise on Monday.

There may be schedule conflicts, we know, but that’s part and parcel of festival lineups as heavy as this one. Also make sure you check our comprehensive Movement Party Guide when planning your weekend.

See you in Detroit! 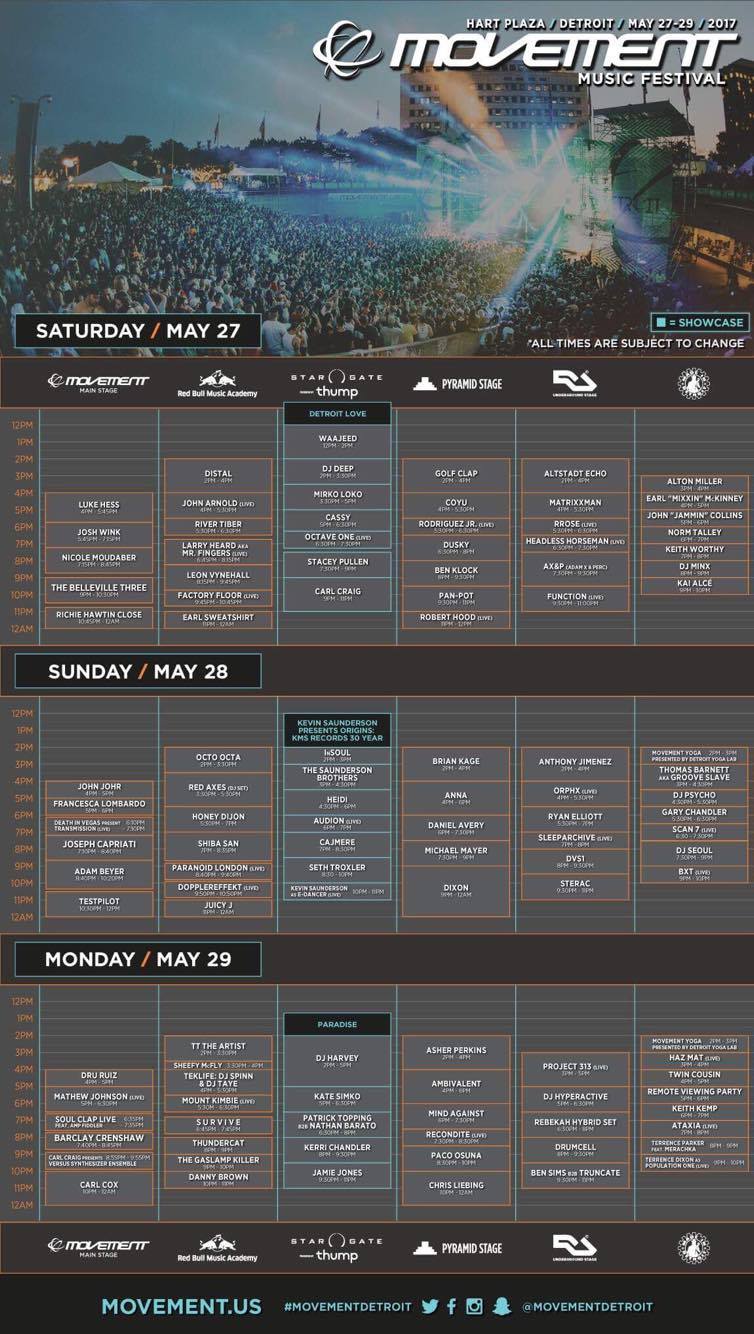