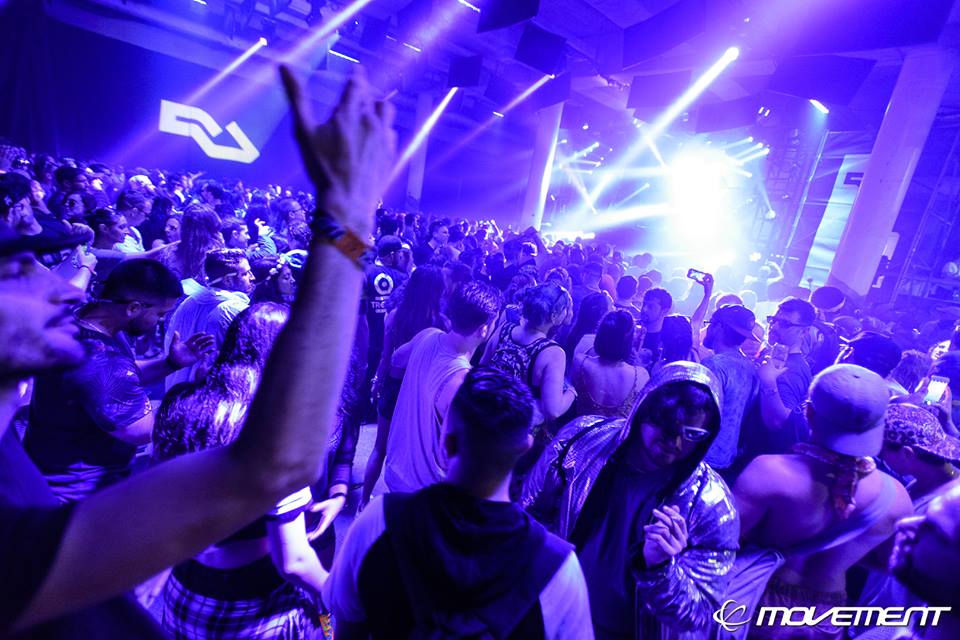 It’s likely that some North American techno fans look back at Movement Detroit’s 2016 lineup with a mixture of sadness and anger. Last year was the 10th Anniversary of Movement Electronic Music Festival under Paxahau, and while the lineup was definitely large in size and featured a lot of high-profile names., it lacked depth as far as techno was concerned.

Detroit techno continued to be represented en masse, and rightly so, but the iconic techno lineups that used to be hosted at the Underground Stage were slashed drastically. Usually taking place across the space of the festival’s entire three days, these lineups famously featured some of the most cutting-edge techno acts of the worldwide scene, names the likes of Luke Slater, Lucy, Speedy J, DVS1 and more. In 2016 however, two entire full days of the Underground Stage lineup were devoid of techno, dedicated instead to an Acid Stage and (gasp!) an OWSLA Stage. The one day dedicated to techno also seemed to lack the same kind of depth and quality of years past.

The social media outcry on the matter was loud and clear, and as such was hard to ignore. Luckily for those that were disappointed last year, and there were many, Paxahau listened and responded accordingly. When this year’s lineup came out it was instantly clear that techno was making a comeback to Hart Plaza, and the crowd turnout at the literally underground stage did not disappoint.

Truth be told I spent 90% of my Movement weekend festival time down there, mostly because the music was so good I forgot I had plans to catch other acts at stages elsewhere. I went into the weekend with high expectations and wasn’t let down. I also noticed that the sound engineers that worked on the stage did a fantastic job in minimizing the sound problems that had plagued it in years past, mostly due to the acoustic and layout of the space. It sounded far better than it had in at least the last four years and that’s something a lot of people noticed.

My top priority for the weekend was to catch Adam X and Perc go at it back-to-back as AX&P and my God they did not disappoint, easily putting together the best performance of the weekend. They were the highlight of a Day 1 that also featured many other stand-out performances, beginning with the mind-bending Alstadt Echo to begin the day and San Francisco’s Matrixxman right after him. Day 1 featured some of the deeper sounds of the genre with Headless Horseman and Rrose taking early evening spots before AX&P‘s set of the weekend. The stage closing duties for Day 1 fell to techno titan Function, who brought his Berghain-inspired brand of techno to Detroit in brilliant form.


Day 2 wasn’t anything less of course. I arrived a little later but was still able to catch the Orphx duo at work before Berghain/Panorama Bar resident Ryan Elliot took over. Admittedly I wasn’t sure what to expect as I had only caught Ryan play house sets before, as he so famously does at the upstairs Panorama Bar, but he did not disappoint as one high-octane techno track after the other played over the speakers. Sleeparchive followed beautifully although I took the opportunity to wonder out to other stages for the first time during both his set and the beginning of DVS1, who I was to catch later that night at the Interface | Scene after-party at The Works. Regardless, everything I heard from the two artists as well as of Sterac, who closed out the stage that day, was nothing short of pure techno bliss.

And what about Day 3? If you thought the thousands that flocked to the Underground Stage to witness some of the best techno acts in circulation were tired from the long weekend then think again. Earlier in the afternoon Chicago-bred veteran Hyperactive threw down hammer after hammer before Rebekah took over with a hybrid set that highlighted just why she is one of the hottest techno artists of the moment. Similarly, Los Angeles techno flag bearer drumcell continued on his quest to highlight just how great the American techno scene is, bringing a slice of LA’s underground warehouse scene to the city that gave birth to it all. And last but not least, we must take a moment to talk about what happened down there when Ben Sims and Truncate closed out the weekend. The entire place turned into a literal rave, for no other word could better describe the scene I witnessed during the last hour and a half of music at the Underground Stage last weekend. The two veterans played their slot time perfectly, slightly deviating from the heavy techno that was played at the stage throughout the weekend by throwing it back with a sound that reminded me of the good old rave days of a decade ago. Absolutely amazing.
But the techno didn’t just reign within the confines of Hart Plaza, as two key venues continued with their tradition of showcasing the genre heavily throughout the weekend. The Works began with a monster Pre-Party on Friday night that saw Blank Code, Communion and SYSTEM team up for a lineup that incorporated ambient, noise and techno with the likes of Alessandro Cortini, Audio Injection, Black Asteroid and Hypoxia all performing. On Saturday it was the turn of Evolve: a Sub÷Divizion, Aerotek and Omen Label Showcase, with Neil Lundstrumm, Rich Oddie, Subfractal, Pinion and Axkan headlining, while Sunday was arguably the most anticipated of the four nights at the venue, as Interface | Scene returned once more with a showcase the underscored local American talent and illustrious international guests alike such as Ø [Phase], DVS1, Luis Flores, Janice and Tommy Four Seven. And last, but not least, it was the turn of Anthology 2017 and a Stroboscopic Artefacts showcase that brought head-honcho Lucy to the decks alongside label mates Donor, Dadub and Lakker, as well as Carlos Souffront, Terrence Parker and more in the other rooms.
Elsewhere, at the Tangent Gallery, the weekend progressed in similar fashion, with a lineup of techno talent that stretched from Friday’s Eden pre-party, which included SHXCXCHCXSH, Phase Fatale, Patricia, Volvox and Umfang, to Monday night’s closing event hosted by The Bunker with Function and Israel Vines. In between, attendees saw the return of the Tresor party on Saturday night featuring Civil Defense Programme, Silent Servant and Ron Morelli among others, and Sunday night’s No Way Back 10th Anniversary with usual suspects BMG, Erika, Derek Plaslaiko, Carlous Souffront and Patrick Russell all on the lineup.

When all was said and done, and Tuesday rolled around, I couldn’t help but smile and think back at the countless people I met at the Underground Stage, at all the “what the fuck?” moments we shared in disbelief whenever a DJ would drop an incredible track on us and at just how perfect the entire weekend had been. “Perfect” is the right word because I truly cannot imagine a Movement weekend without an Underground Stage dedicated entirely to techno, and hope that this year’s change back to this format was seen with just as much success by Paxahau as it was met with joy and heartfelt love by the countless techno fans that poured down in that concrete pit for three days of non stop dancing.

See you next year Detroit, thank you for being the amazing host city that you are!