Movement Music Festival is one of North America’s biggest techno event. Occurring every Memorial Day weekend, the renown festival has been canceled the last few years but makes its triumphant return to Detroit in 2022. The festival has just announced its full lineup that features a plethora of the biggest names in techno and even stars of non-techno genres.

For the first time since 2019 music fans will once again be able to make the pilgrimage to Detroit, the mecca of Techno music, for three days of diverse curation on Memorial Day Weekend (May 28-30, 2022) inside Hart Plaza at downtown Detroit’s riverfront. Since its inception, Movement has been dedicated to bringing music fans a completely original experience to Detroit, with a focus on showcasing authentic and diverse lineups that are purely about the music and culture. The 2022 lineup continues to showcase the breadth of the festival’s programming, featuring an inspired selection of dance music’s most in-demand artists, underground mainstays, and notable first-time performers; a potent cross section of seasoned vets and future generations of electronic music. 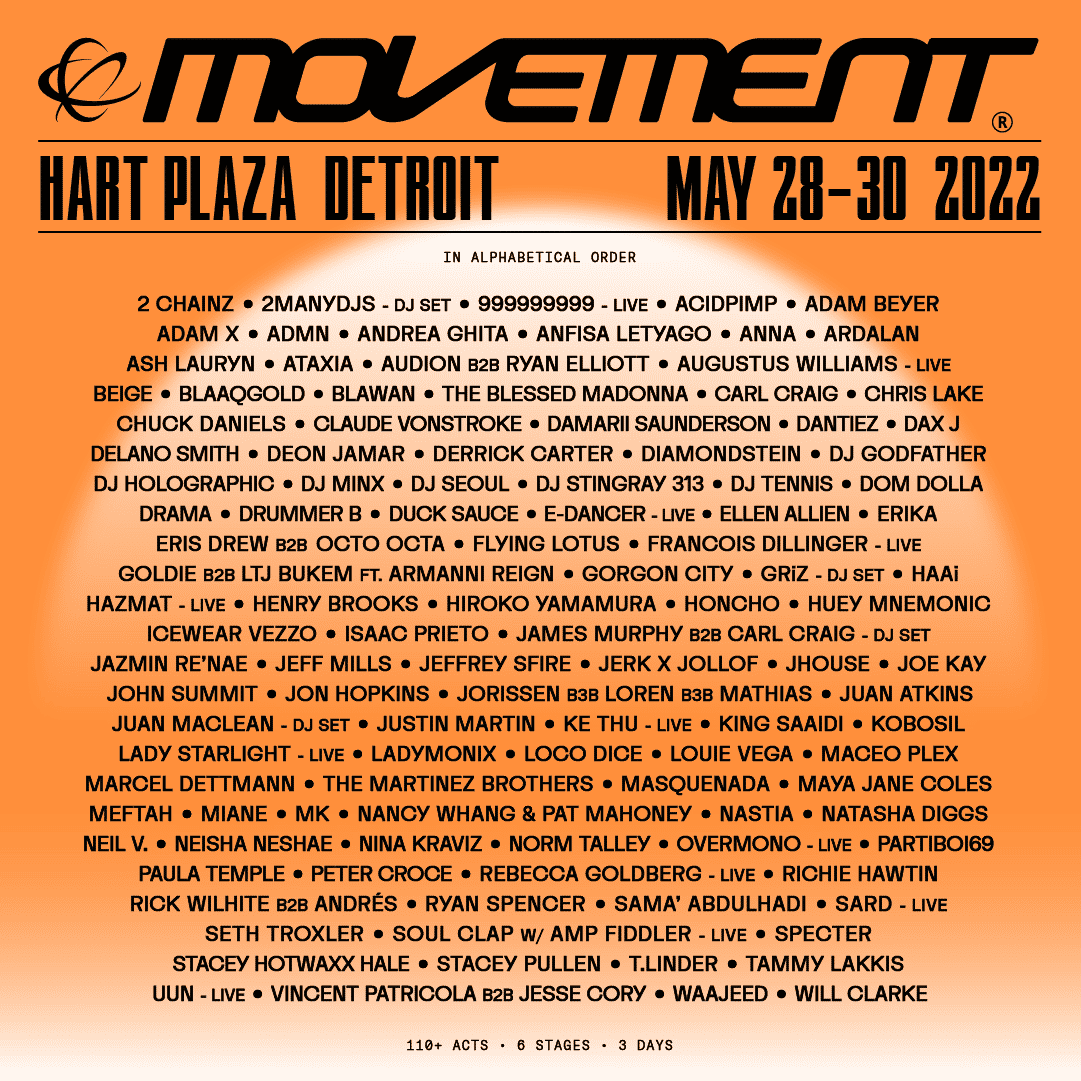