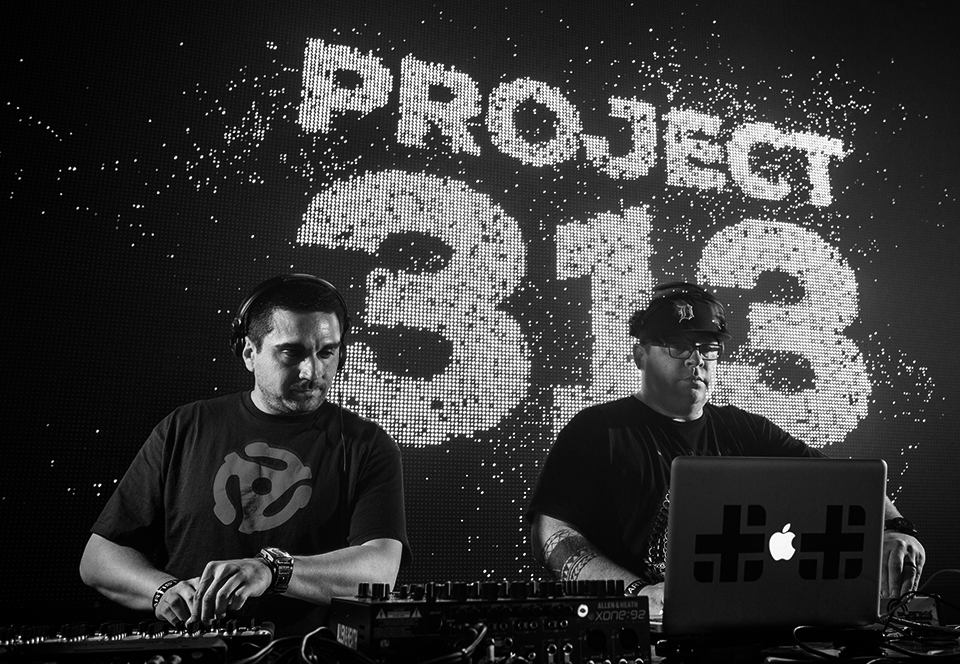 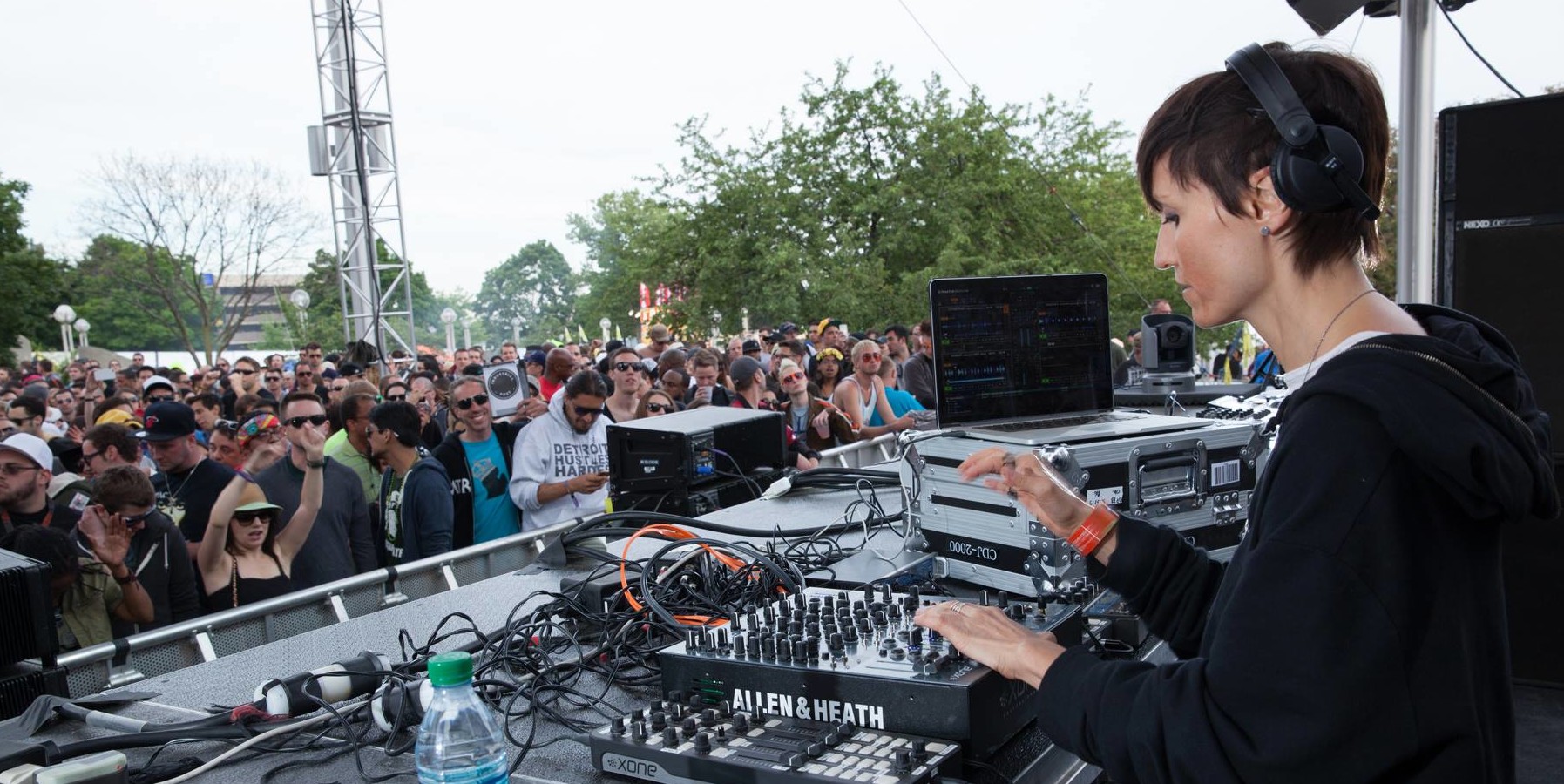 Today Movement Detroit released its 2016 stage programme including full set times for the entire weekend. Naturally, conflicts abound with a lineup of this size and social media chatter is already buzzing with opinions on who shouldn’t be missed and which artists are worth skipping on.

While music taste is subjective and nothing will ever change that, we have combed through the full Movement roster and have chosen 15 must-see acts (listed alphabetically) we encourage catching this year. Included are some obvious choices (duh), a few big international artists, local Detroit acts and names that represent techno, house, acid house and even drum and bass. The aim was to give a balanced opinion that hopefully adds some new faces to your must-see list for the weekend.

Don’t forget to brush up on our City Travel Guide for Detroit ahead of your trip, for pointers to make the best out of your Movement weekend! 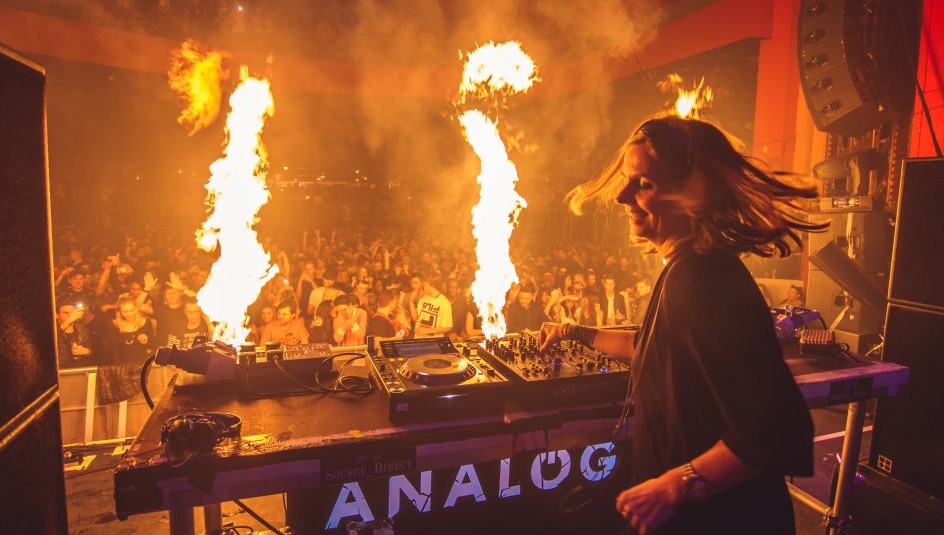 Anja Schneider shouldn’t be a new name to most people attending Movement this year, having worked the international underground music circuit for plenty of years as a producer, DJ and founder of Mobilee Records. The German producer has been brilliantly representing the talented pool of female acts in dance music for almost two decades now, thanks to a prolific list of releases and energetic sets that always get the crowd going. 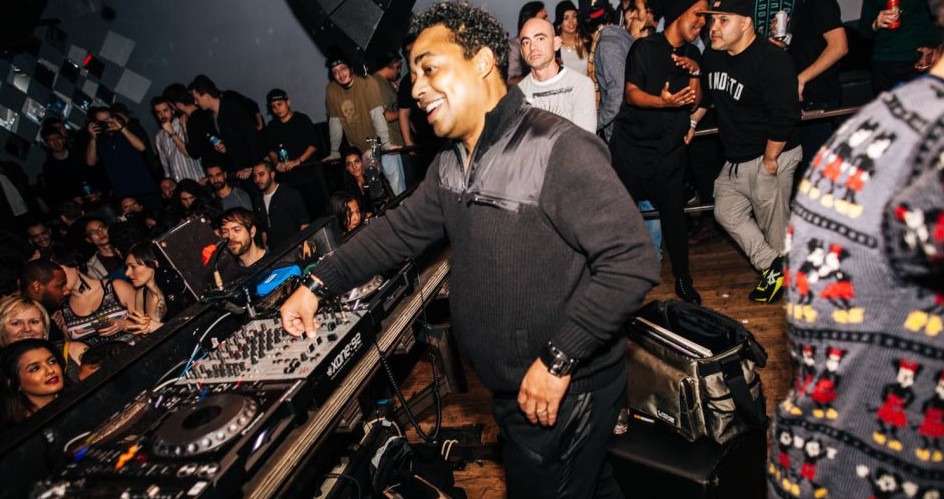 Monday, May 30th. 6-7:30pm at the Made in Detroit Stage (Origins: Elevation Showcase)

It is no secret that Delano Smith’s music is a blend of Chicago and Detroit, the two iconic Midwest cities that gave birth to house and techno respectively. Born in the former and raised in the latter, Smit represents one of the last of a rare group of Detroit’s first house DJs and a product of I-94 connection (the interstate that connects both cities). Expect deep and groovy, the type of sets that calls for your best dancing shoes to be worn. 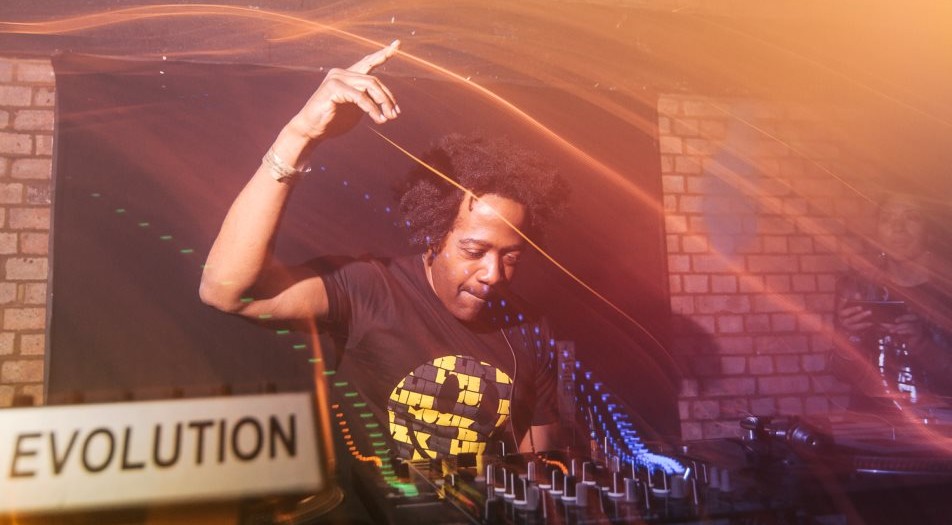 The name is synonymous with “Acid House”, and with plenty of good reason. DJ Pierre is not only a pioneer of the genre, he is the quintessential producer that helped found it as a member of Phuture, the group formed in 1985 with Spanky and Herb J whose “Acid Trax” (1987) is regarded by many to be the first acid house record ever made. Phuture played a fantastic set at Hart Plaza last year and this coming May it will be the turn of DJ Pierre solo to represent the popular genre on its own stage. 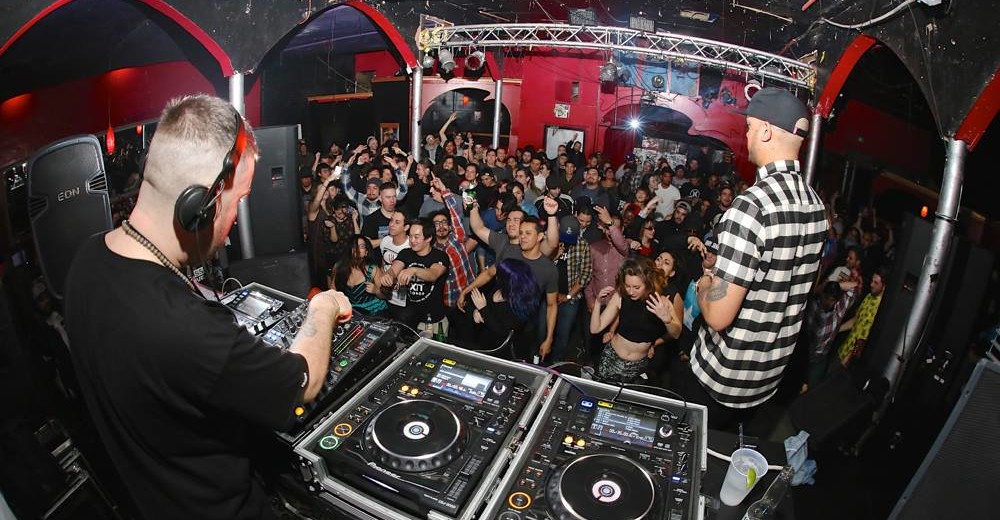 Looking for something other than techno, house and acid? Then you should head over to see this British duo for a fix of proper drum and bass. One of the genre’s best producers and a regular at London’s famed fabric nightclub, Dub Phizix knows how to blend percussion with basslines that evoke space and atmospheric like no other producer of the genre does. With MC Strategy by his side, the set is to be riot, the kind of riot that you may need to break the programming mold that focuses on underground sounds in Detroit. 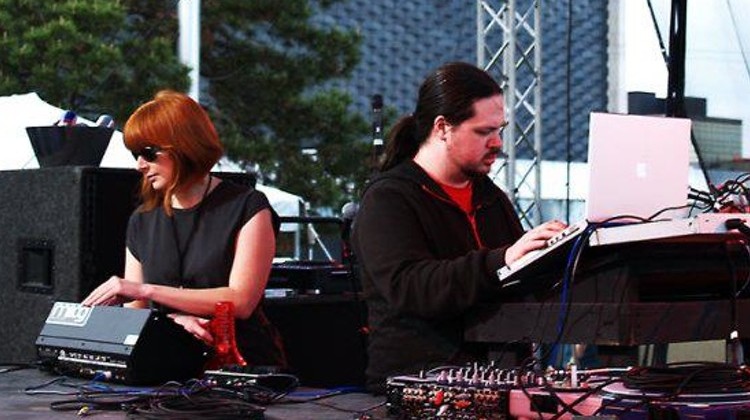 Ectomorph is the union of BMG and Erika, the two forces behind the Interdimensional Transmission and symbols of the live analogue techno movement (pun intended) that is taking over the festival’s underground stage this year. They have been holding their own Movement after-party for years and have been regulars at the popular Bunker parties in New York City for just as long. Their mythic status and resultant cult following are a fruit of studied and well-crafted techno performances that full embody the trajectory the genre has taken in Detroit over the last decade and more. 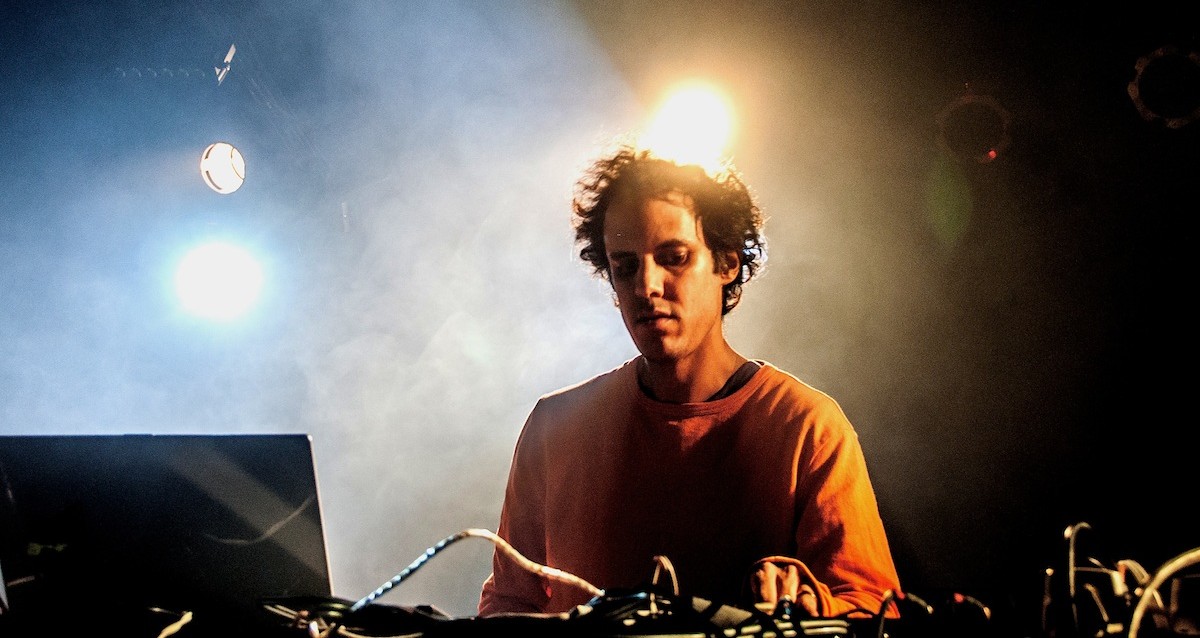 Keiran Hebden, the man behind the electronic outlet knows as Four Tet, has been breaking the rule since his arrival in this scene. While his first single “Thirtysixtwentyfive” was a mere 36 minute long – no big deal – it’s what he has done since that has elevated him as one of the most sought-after acts of the current house music industry. He blends hip-hop, jazz and improvised sounds in a signature manner unlike any other artist out there, making it almost impossible to pin him to a specific genre.

Japan-born and Berlin-based, Hito may be best recognized as a mainstay of Richie Hawtin’s ENTER.Sake concept and its influence on the overall brand of Hawtin’s traveling party and former Ibiza residency. As you may have found out in our recent feature on her humble beginnings, Hito is herself a purveyor of Japanese underground music thanks to jacking vinyl sets that emphasize on groove and are a perfect day opener for the heavier sounds of the PLAYdifferently roster set to play the stage after her. 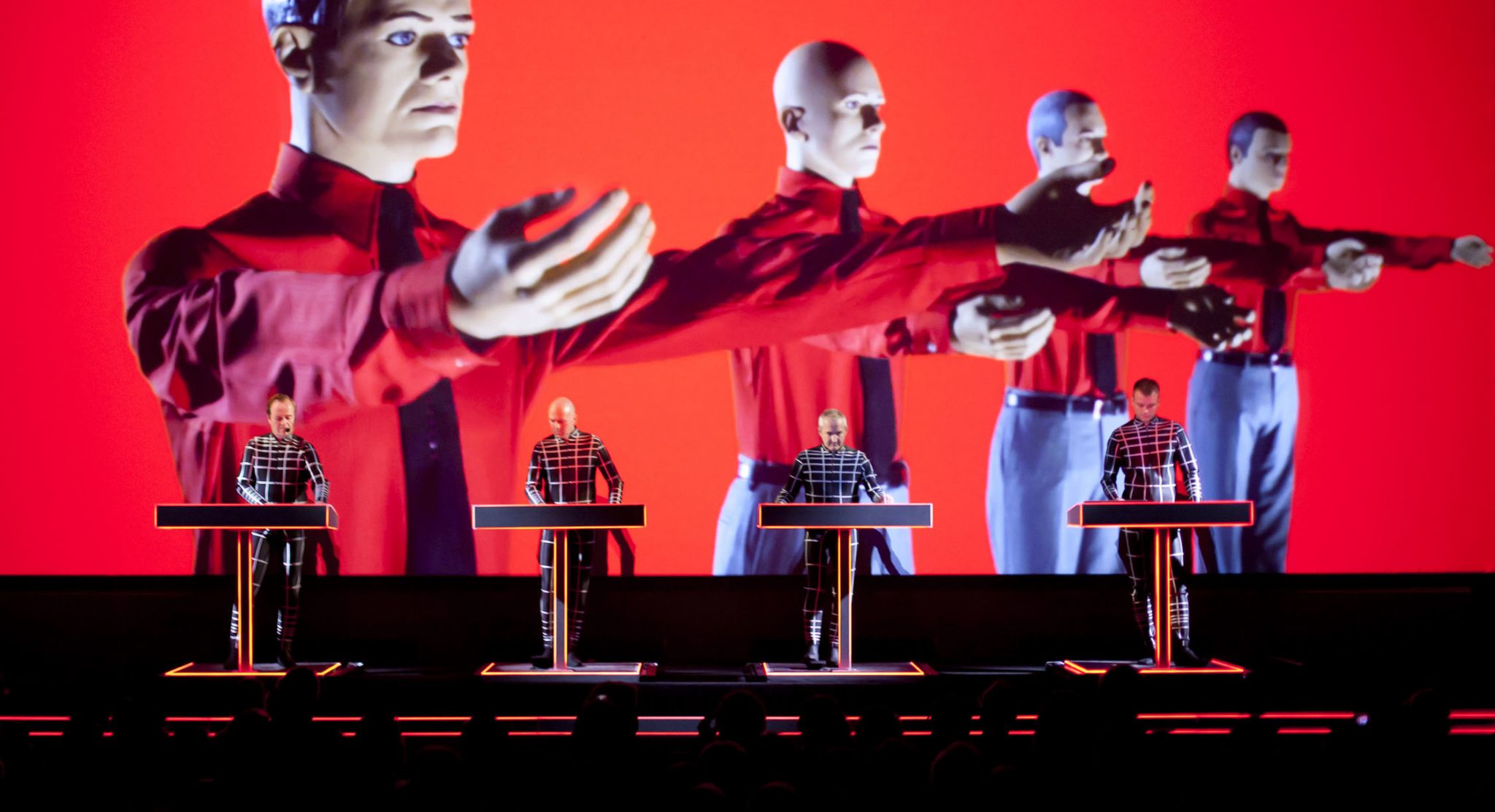 This is a no-brainer if there ever was one. The iconic German electronic music band will be making its Movement debut as a headliner and the most anticipated act of the year. Added to the already alluring equation is the notion that they will be bringing their famed 3D production to the heart of Detroit. Expect to be wowed. 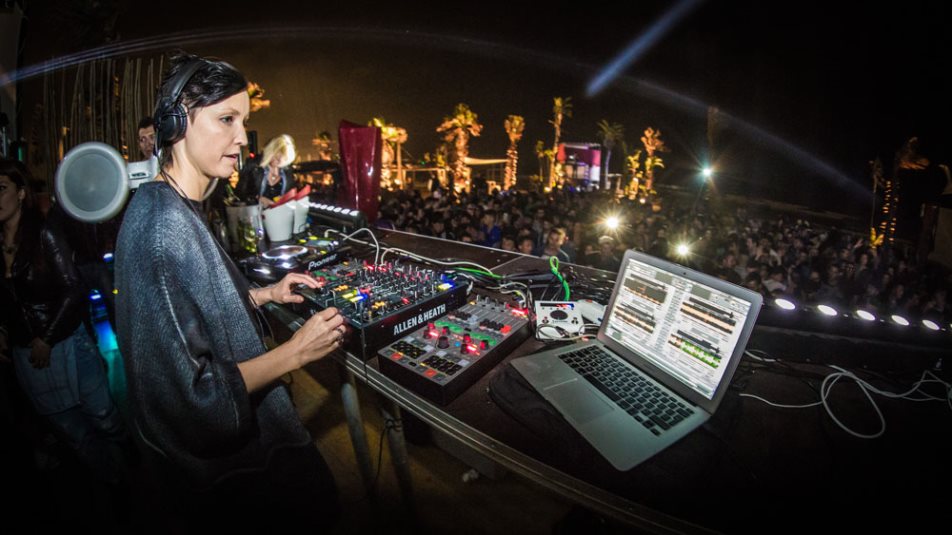 Born in Poland and raised in Detroit, Magda got her jump as a touring act and producer when she joined Richie Hawtin’s M_nus label and began touring the world as his opening DJ. The rest is history, her name now a symbol of minimal techno around the world – a status that has cemented her as one of the most in-demand artists of her craft. 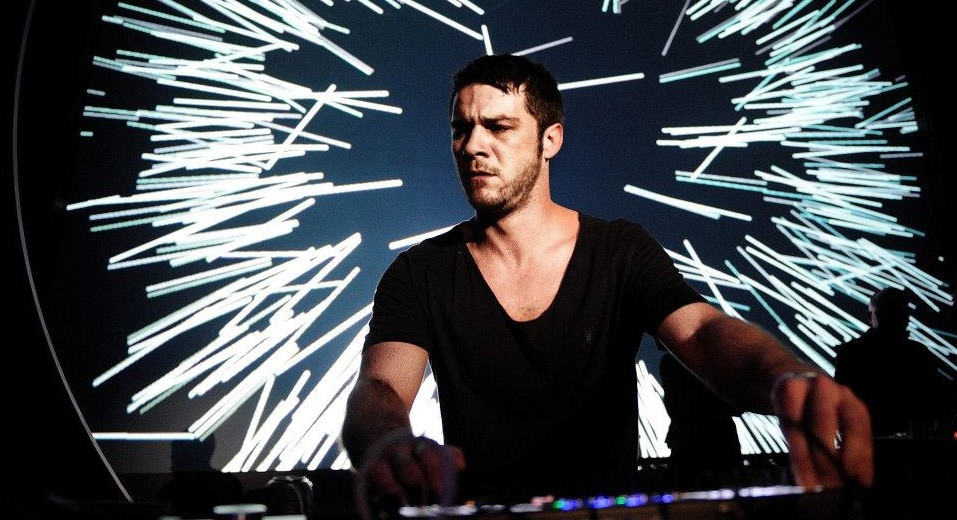 With releases on Cocoon, Perc Trax and M_nus under his belt, Matador entered 2016 with a brand-new EP out on his very own debut label “Rukus” His set at the Underground Stage last year was a crowd favorite with a live performance incorporating midi controllers, samplers and effects to formidable effect. Detroit is last stop of a current world tour that has seen him perform in India, the UAE and all over Europe – a testament that his sound is as popular and fresh as ever. 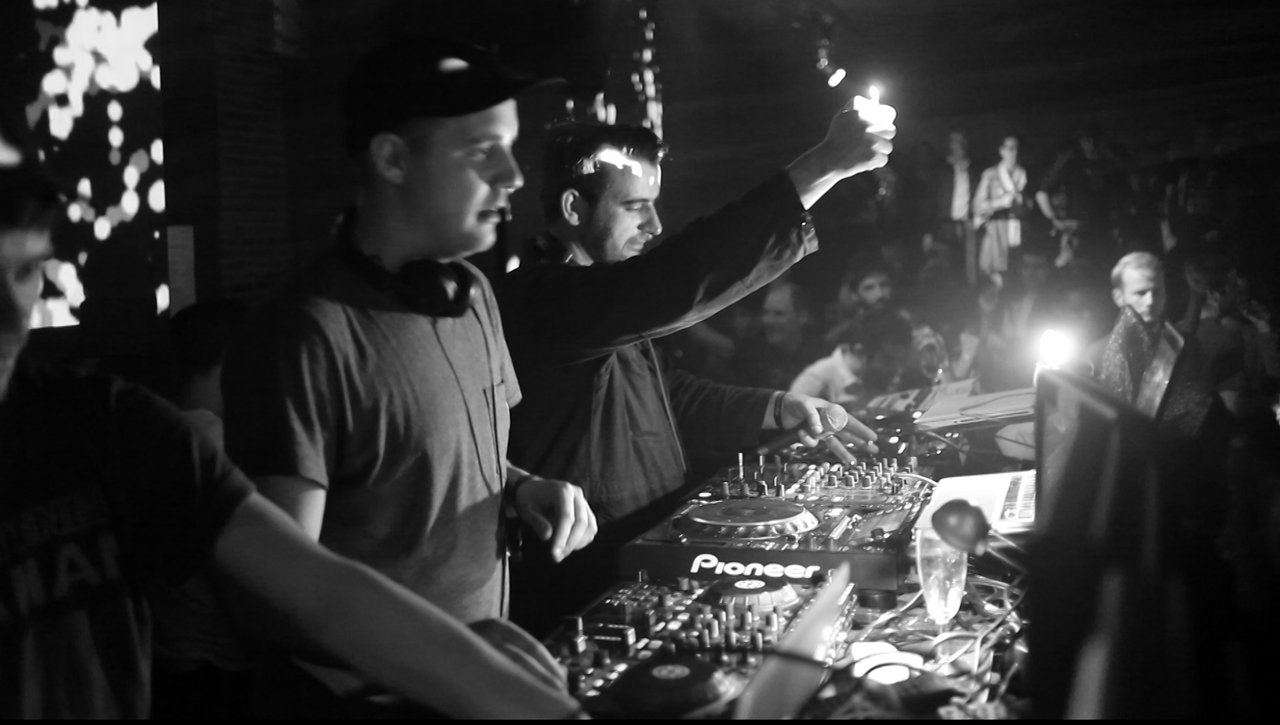 Diverse, exuberant and boundary-breaking are just a few of the words used to describe the German duo known as Modeselektor. You’d be kidding yourself if you ever tried to pin them to a single music genre, for their grooves emanate from a blurring together of numerous facets of electronica both as a duo and as Moderat alongside fellow Berliner Apparat. They aren’t headlining the festival by pure chance, leaving many to wonder what to expect from their first ever live performance at the festival. 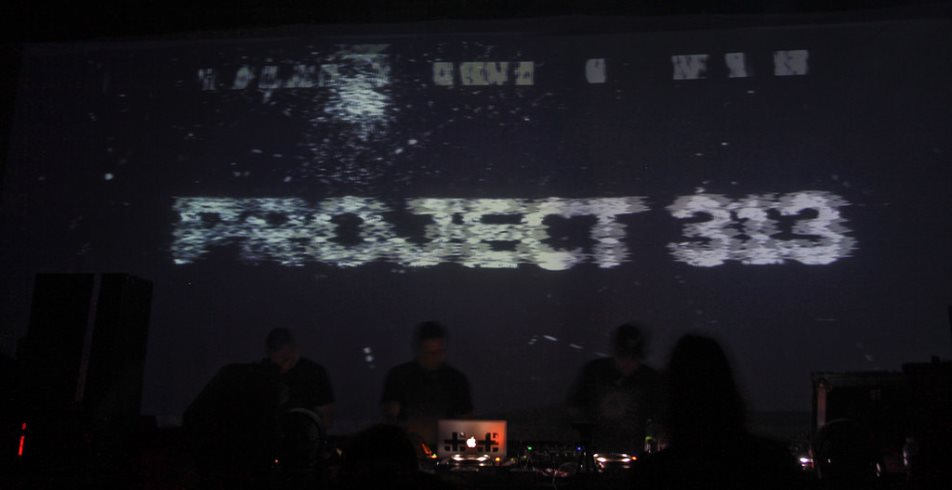 Saturday, May 28th. 2-4pm at the Underground Stage

It’s as simple as this: if you want hard techno, go see Project 313. The Detroit-based duo composed by Chad Parraghi and Nick Bien are the brains behind the city’s famed Blank Code imprint and the Scene parties that showcase that very same no hold barred techno their label releases. Project 313 have been teaming up with Los Angeles’ Droid Behavior every year during Movement, bringing together their respective Scene and Interface parties highlighting some of the most impressive international and local techno talents on the market. The key to their success is personal passion and uncompromising love for the very same dark and heavy techno sounds you can expect to hear during their set. 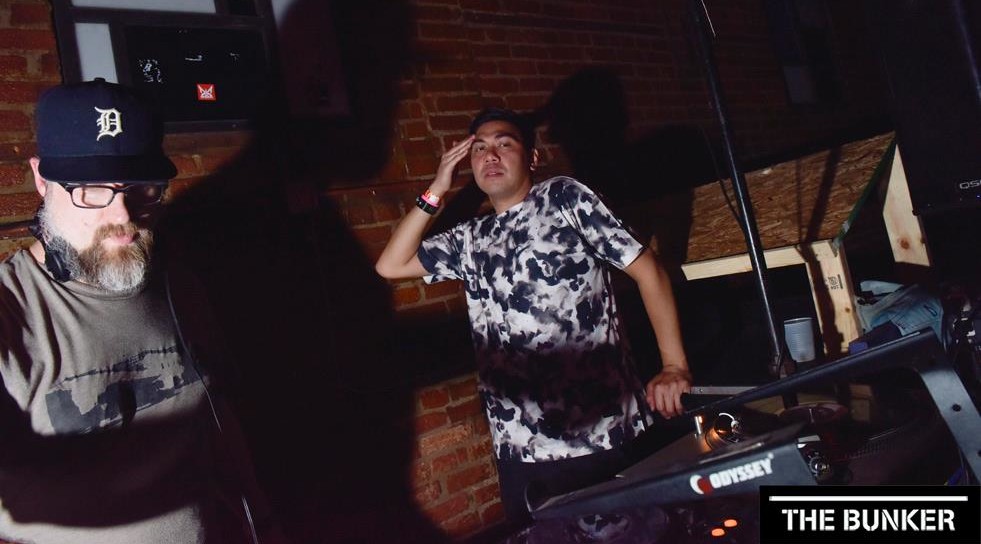 This coming May, the two Detroit natives and residents at The Bunker New York will be showcasing their impressive talent as track selectors with a back-to-back performance. There is no doubt that the two friends will display the exact talents that have seen them gain a reputation as some of the best track diggers in today’s DJ touring world – this isn’t their first rodeo as a duo so expect to dance, and dance hard. 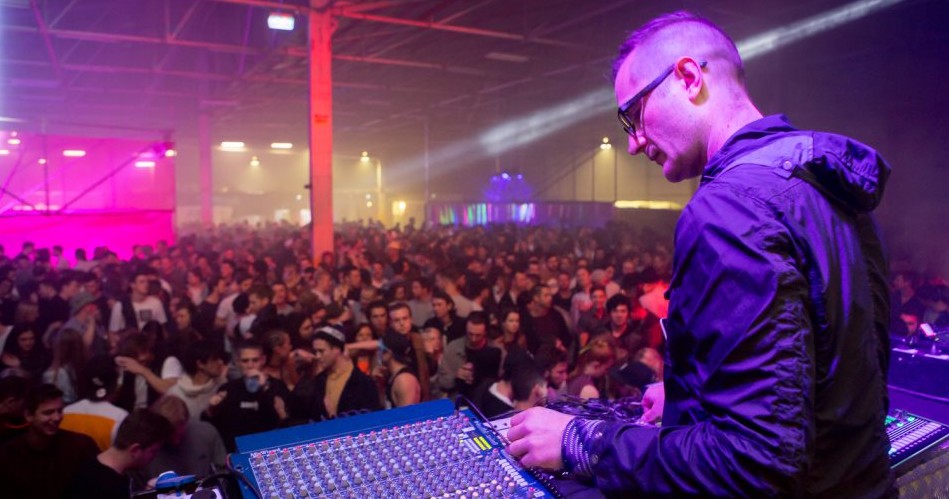 Monday, May 30th. 6-7pm at the Underground Stage (Acid Showcase)

Vienna’s Tin Man has been producing for over a decade, yet still represents the wave of neo acid artists that has been held responsible for the recent increased resurgence in popularity of the infectious and mesmerizing genre. He incorporates the use of Roland 303’s in his live shows, transforming his sets into captivating and soulful performances that are often labeled as “hypnotizing.” 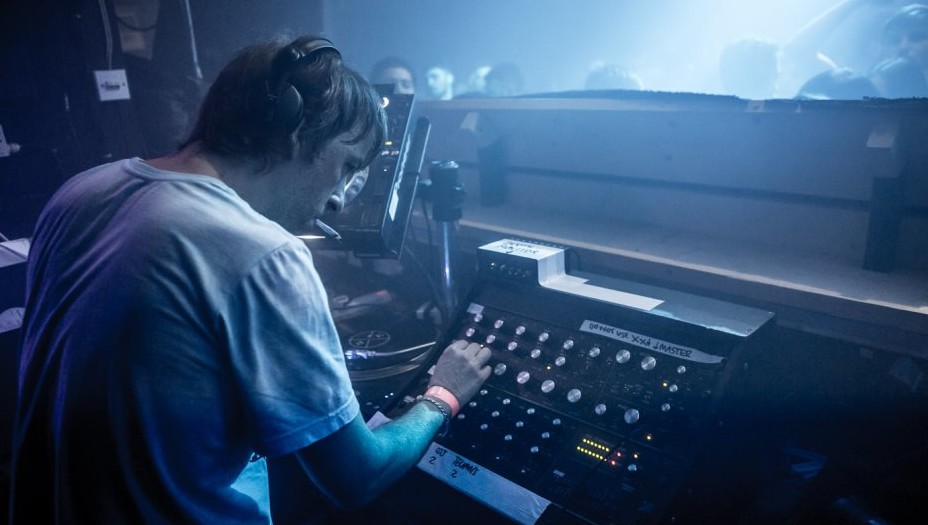 Nobody would fault you for thinking that Zip is Romanian. His characteristically minimal sound transports one to the beaches of Sunwaves alongside the likes of Ricardo Villalobos, the [a:rpia:r] trio and a whole flurry of other local talent. German-born, however, he co-founded the Perlon label and currently holds residencies at two of Germany and the world’s most influential clubbing institutions: Robert Johnson (Offenbach) in Frankfurt and the Panorama Bar in Berlin. All this while continuing to tour and perform all over the world, including regular guest sets at Cocoon Ibiza. 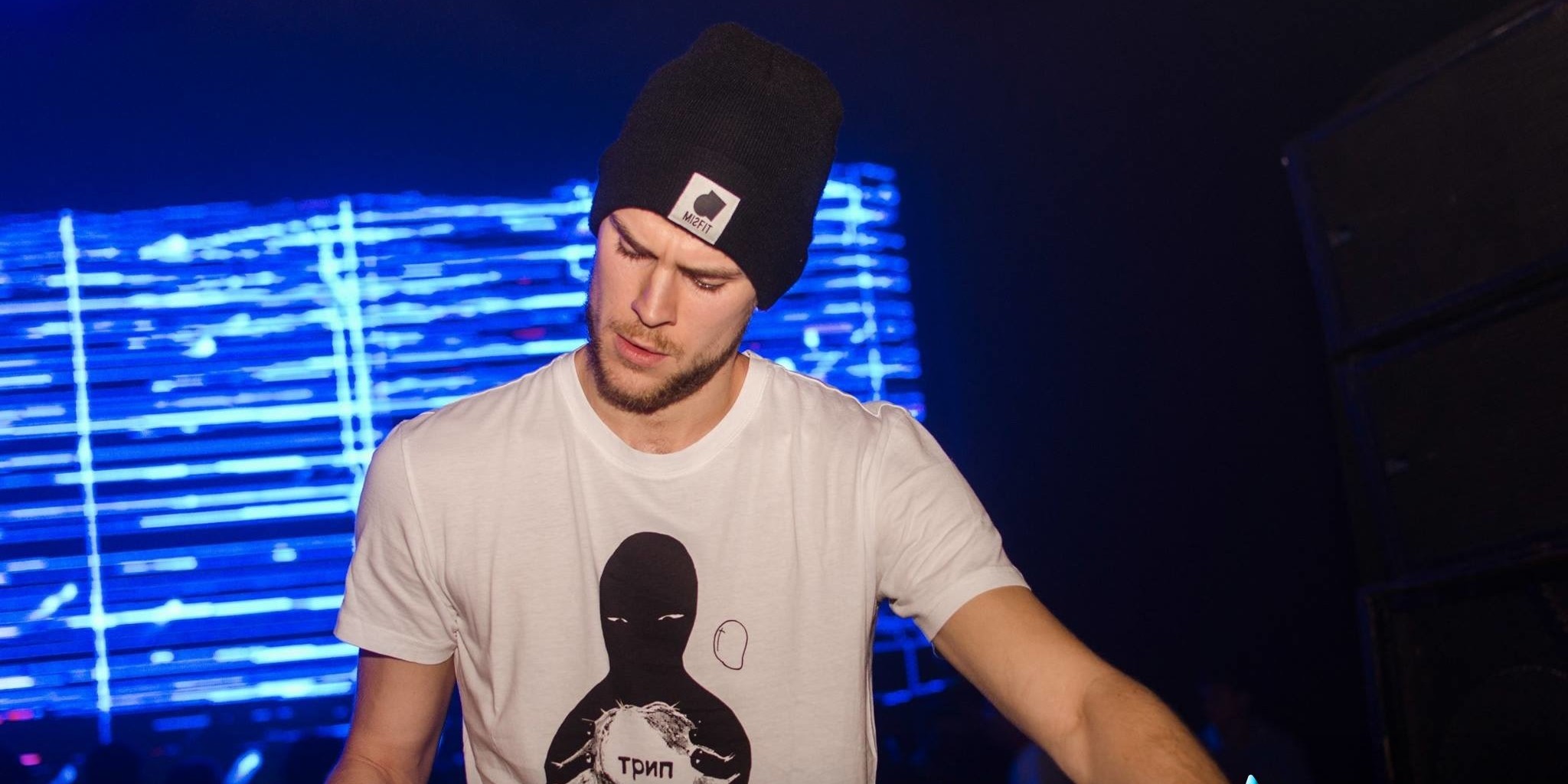 This feature wouldn’t be complete without mentioning Bjarki’s debut performance at Movement, and that is why he is included as a bonus 16th must-see act for this year’s 10th Anniversary of Detroit’s techno festival. The Icelander producer has been making waves since his “I Wanna Go Bang” single exploded on the scene in spring of last year and his live set at the Main Stage in the middle of the afternoon on Sunday should be a treat for everyone present.