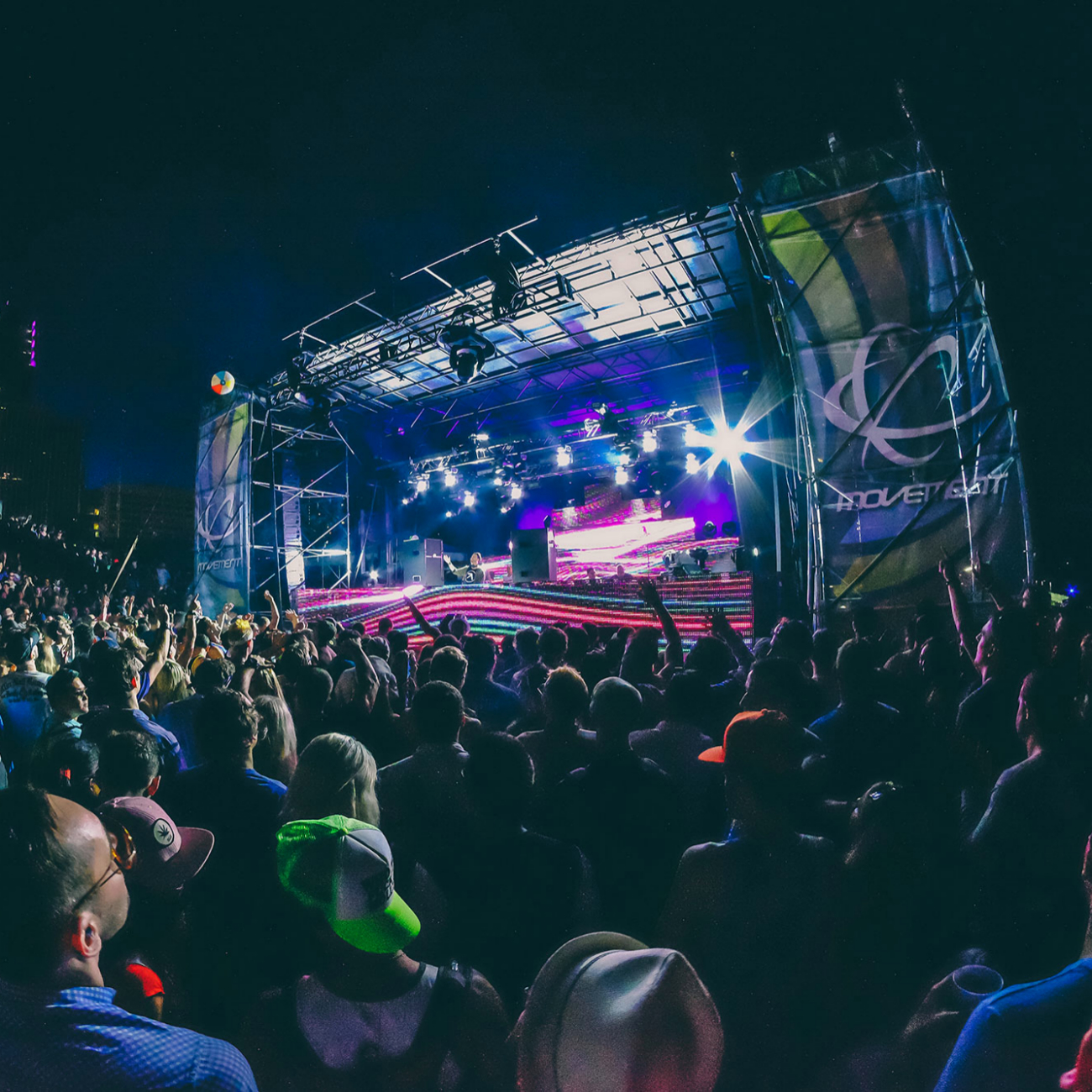 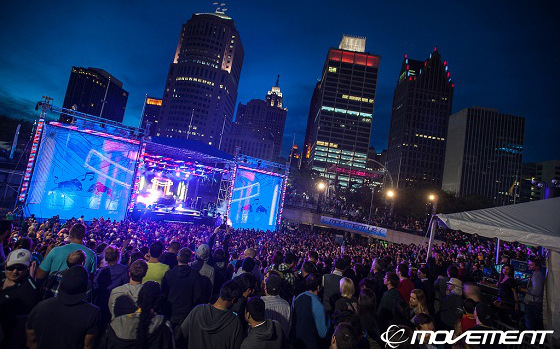 Just like there’s no shortage of epic talent on the Movement Festival lineup…there’s certainly no shortage of after parties for the city to divulge in when the main event ends. And let’s be honest, when the clock strikes midnight chances are you won’t be going to your hotel to get a good night’s sleep.

Here’s our guide to the best Movement After Parties in Detroit over the Memorial Day Weekend. Keep in mind…these are just the ones that have been officially announced. You never know who will show up to drop a set at various venues throughout the city.

The 2015 Movement Festival doesn’t officially start until Saturday May 23rd, but many people make the great techno migration to Detroit prior to the festival start. So while this many not be an official after party, it is quite an excellent option to hit the ground running in the Motor City. Blank Code Records,Oktave, and Paxahau have come together to host a proper opening party at The Works with a lineup that will set the perfect tone to Memorial Day Weekend at Movement. Seeing Luke Hess deliver a slew of tripped out techno on home turf sounds like an ideal way to get things going.

As night one of Movement comes to an end, there will be several great after parties to attend. Detroit Love with Carl Craig and unannounced guests sounds like a top option. Normally we’d be skeptical about a mostly unknown lineup, but if it’s Carl Craig and his friends curating the after hours vibe we’d feel confident in our decision to attend. Detroit Love in Detroit? Can’t go wrong here.

A Reach Beyond the Beyond w/Deepchord, Brendon Moeller, and More 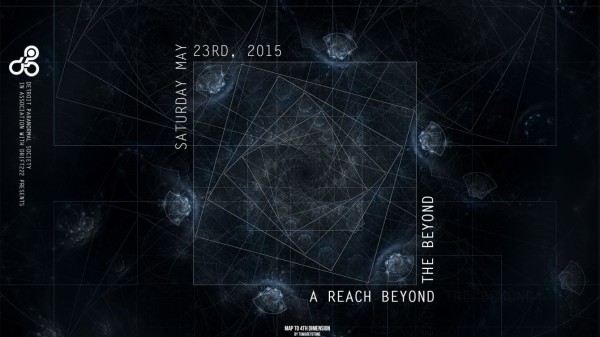 If a live techno performance is what you’re seeking in Detroit, look no further than A Reach Beyond the Beyond. With a predominant lineup of live acts such as Deepchord, Brendon Moeller, Woody McBride, Marcel Videla, Casey Borchért, and more, this is going to be one hell of a sonic adventure. A live performance is generally a broad showcase of sounds and technology, and with this cast of characters you can be sure that each will deliver something very special and unique throughout the night. It’s also worth mentioning that this is one of the few after parties that has an 18+ age limit showing no age discrimination and allowing the youngsters to see how it’s done proper.

A Reach Beyond the Beyond: Full Lineup + Tickets + Information 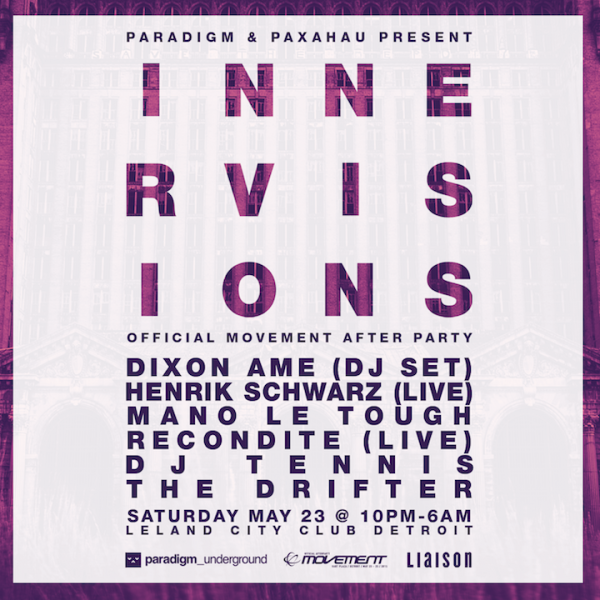 The Innervisions camp will take over the Leland City Club for a late night adventure after Movement. With appearances from Innervisions regulars such as The Drifter, Mano Le Tough, Henrik Schwarz, and founders Âme and Dixon, one can expect some serious raw and cerebral cuts throughout the night. Tickets to the Innervisions after party have already reached the 6th release, so it’s safe to anticipate a full house and intense atmosphere.

Los Angeles based techno crew, Droid Behavior, will be taking their Interface vision to Movement 2015. Droid Behavior has been tremendously influential in the modern techno movement in Los Angeles, and the Interface after party has the lineup and characteristics of a pilgrimage to the birthplace of techno. Droid Behavior and Blank Code pulled no punches when it came to their lineup. Running until 7:00 AM, the Interface DJ booth will see appearances from Steve Rachmad, Rødhåd, Raiz, Luis Flores, DJ Hyperactive, and many…many more.

For those in search of a groove-ridden techno after party without burning a hole in the wallet, the Octopus Recordings after party is the perfect choice. With a lineup comprised of Octopus staples and a special appearance from Detroit legend, Kenny Larkin, this is sure to have quintessential Detroit sounds. A live set from Marc Houle could shape up to be one of the highlights of the evening.

Come Monday evening, we hope you will have picked your battles wisely. The thing to remember about Movement weekend is that it is indeed a marathon…not a sprint. But if you’ve made it to Monday, might as well end with a bang and we couldn’t think of a better way to end Movement than with Anthology by Dirty Epic. Bringing forth an eclectic techno lineup consisting of artists such as Atom & Tobias, D’Marc Cantu, and Move D, Anthology harnesses the spirit of techno and will celebrate accordingly in Detroit. 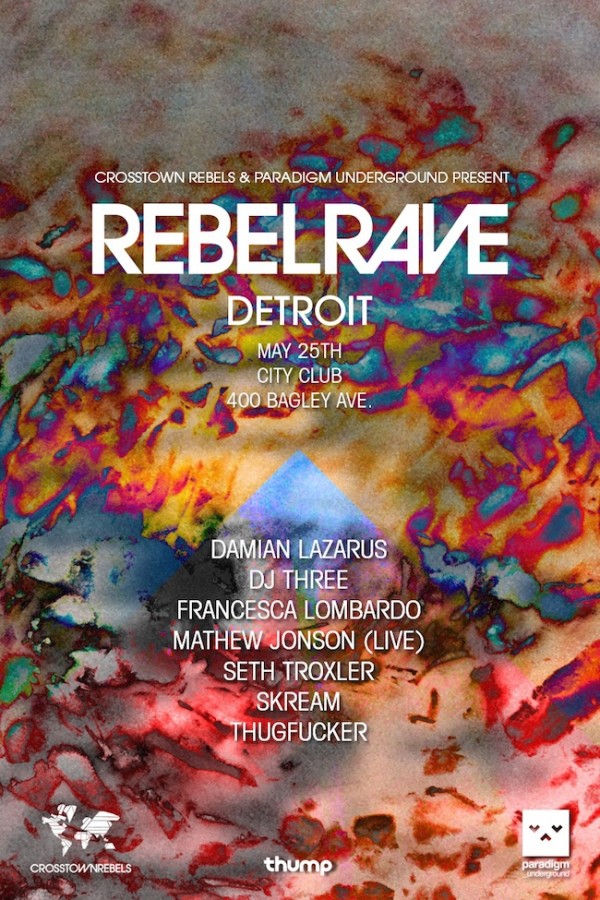 Detroit and Movement may have their roots in techno, but that’s not to say that deep sounds are unwelcome. Far from it. The Movement after party with the Crosstown Rebels crew is everything you could hope for and more. Rebel Rave will feature the cerebral tech house sounds of Damian Lazarus, DJ Three, Frecesca Lombardo, with additional support from Seth Troxler, Skream, Thugfucker, and a special live set from Matthew Jonson. For a weekend so abundant with raw and heavy techno, the Rebel Rave event provides a nice contrast to the Movement landscape.

By Movement standards, this closing party isn’t the most “underground” but it’s still worthy of mention with these three talented artists at the helm. Richie Hawtin was among several Detroit legends who helped pioneer the techno culture in the United States, and Desolat head honcho, Loco Dice, has left an unequivocal mark on the global music landscape. Throw the Argentinian rock star turned house master, Guti, into the mix and you have enough ingredients for some serious grooves to close out the long weekend. Additionally, Movement has made this after party open to anyone 18 and over which will help expose the younger generation to proper house and techno.

It goes without saying that this year at Movement will be another one for the books. Movement boasts a lineup that is arguably one of the best in the United States, and it’s no surprise that people from all over the country flock to this music haven year after year. From the expansive programming of the festival to an array of after parties, Detroit is the place to be for any true fan come Memorial Day weekend. Have fun if you’re going, and if not…better start planning for next year!