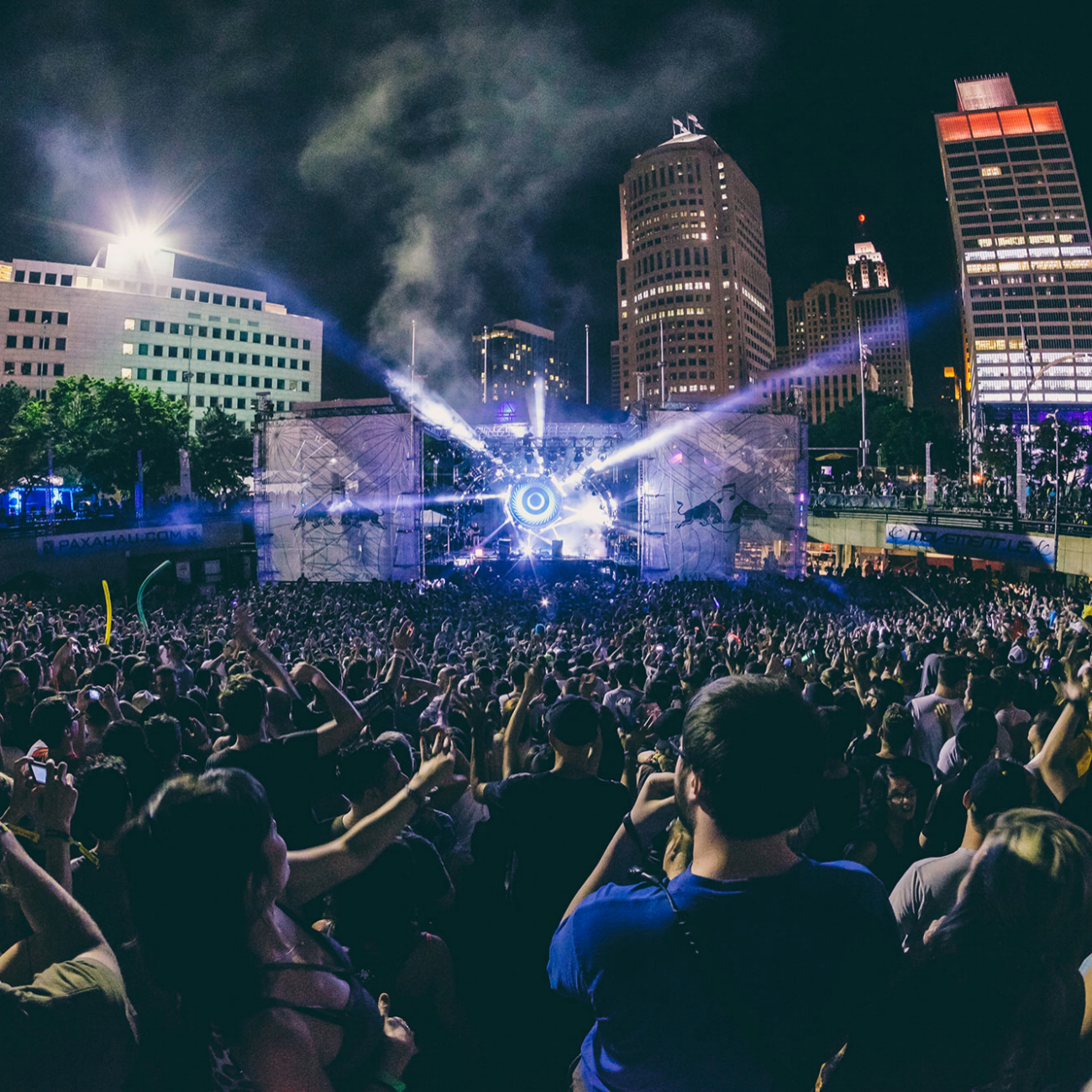 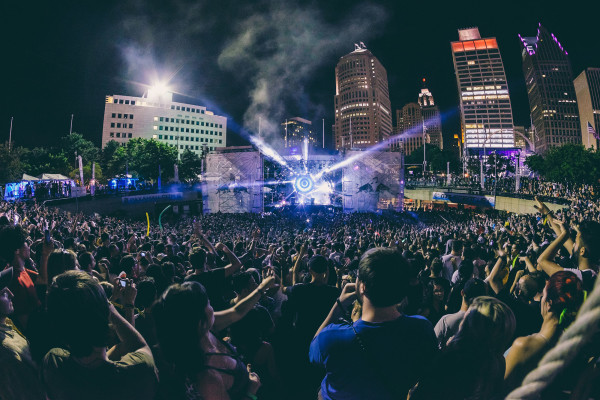 Year in year out, Movement in Detroit sets the bar for high quality festival programming. The team at Paxahau never compromise when booking talent for the three-day festival, and Movement arguably has the best lineup in the United States…one that even the strongest techno purists can’t complain about. When looking at the lineup one of a few things may happen.

If you’re not attending you will be overcome with a serious feeling of regret for not joining your squad in the techno pilgrimage, and will be living vicariously through them. I know some of us here will be at least. However, if you are attending you will be overcome with pure euphoria and your head will start to spin trying to decide if you’ll go see a raw techno set from Anthony Parasole or get your groove on with the likes of Robert Dietz and Fort Romeau. The best part about Movement is that there is no going wrong, the lineup and programming is simply that good.

While everyone on the lineup could qualify as a must see act, we’ve narrowed our selection down to the top 15 artists we’d try to catch at Movement 2015. Take our word for it, or go explore that artist you’ve never heard about; like we said, there’s no going wrong at Movement. 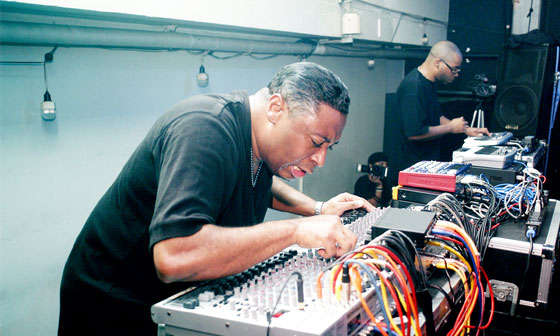 At the forefront of the techno movement in Detroit you’ll hear about many artists. Amongst some of the legends you will find Octave One, comprised of Lenny and Lawrence Burden. The brothers are responsible for dance classics such as Black Water, and have left an undeniable imprint on the Detroit scene and culture. For us, missing Octave One at Movement is just not an option. When in the Motor City it’s essential to pay homage to some of the legends that paved the way for the musical environment we enjoy today. 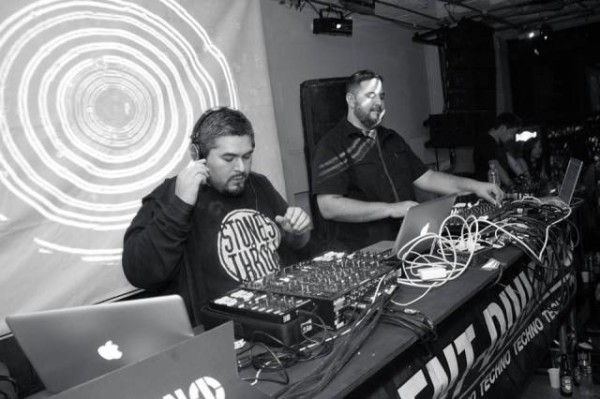 Los Angeles based Drumcell and Audio Injection both have impressive individual careers. When they combine their talents to form the techno monster that is Cell Injection it’s a performance that you won’t want to miss. Both heavily involved with Droid Behavior, the crew leading the techno charge in Los Angeles, both Drumcell and Audio Injection will be welcomed with open arms in the Motor City and will certainly deliver a memorable performance to kick start the weekend. And if you can’t catch them at Movement, you can always get your fill of Droid behavior vibes at their official after party on Sunday night. 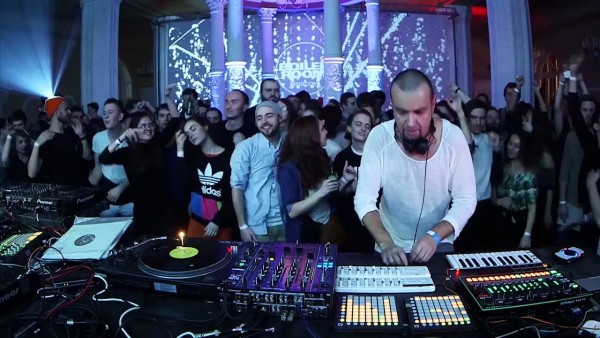 KiNK has established a reputation as one of the premier live acts in house and techno today. If the music wasn’t captivating enough, his stage presence and interaction with the audience makes his live set feel like such a personal experience. Armed with an arsenal of gear and electronic toys, KiNK is the epitome of a sonic adventure. From smooth jazzy house to modular techno madness, anything is possible and we’d want to be front and center for this live set at Movement to find out. Take advantage of the opportunity to see him in action…we promise you won’t regret it. 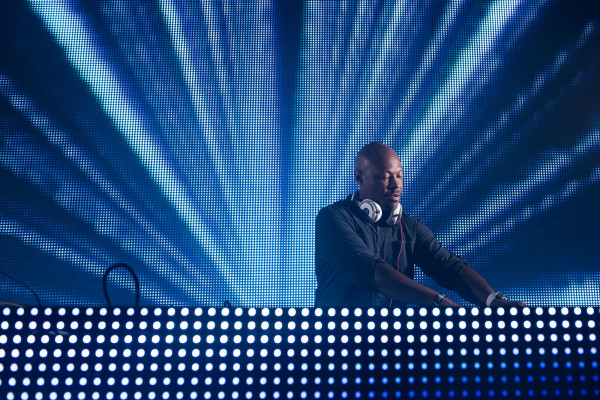 Trying to sum up the career of Robert Hood is a difficult task. He was one of the founding members of the iconic techno group Underground Resistance, and started M-Plant Records back in 1994, which went on to release some of the most respected names in techno. His tenure in the industry has been long and prosperous, and it goes without saying that if not for his dedication techno culture as we know it would not be the same. Having the chance to see him play anywhere is a wonderful opportunity, but seeing him in his home of Detroit makes it that much more special. 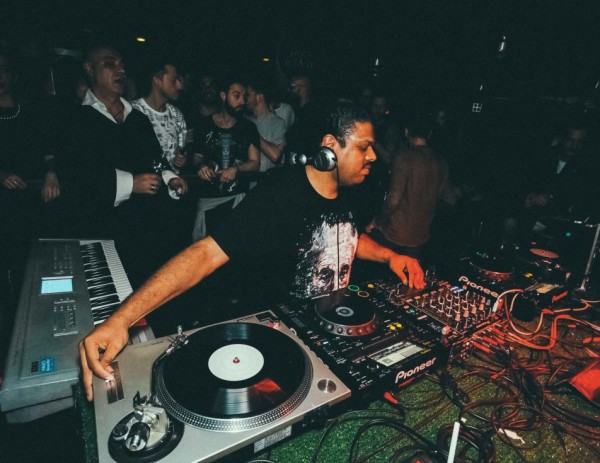 Kerri Chandler is house music. From his music to his warm personality he embodies everything that is good and right in the industry. Throughout his career he’s played some of the best venues and festivals around the world such as DC-10, Tenax, Sankeys, EXIT Festival, to name a few. With all the techno-ing going on at Movement it’ll be a nice change of pace to listen to the lush and soulful sounds that he’ll bring forth. Expect some serious vibes as soon as he takes over the decks at Hart Plaza. 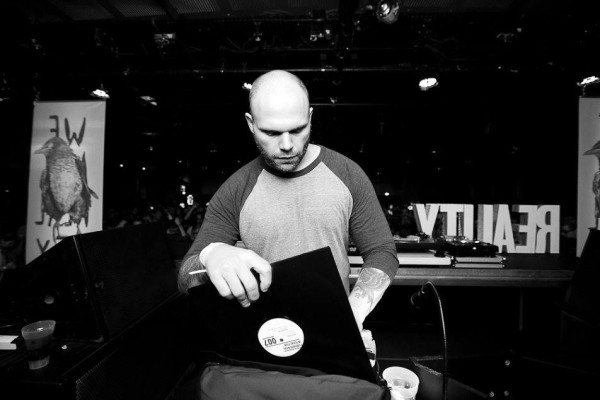 A regular on imprints like Ostgut Ton, Delsin, and The Corner (Brooklyn), Anthony Parasole has the recipe down for proper techno. By establishing a fusion of heavy percussive elements with driving hypnotic sounds, Parasole is able to hone in on sounds and textures that make all dance floors erupt. Some have described his sets as paralleling out of body experiences, with the music taking the audience to different auditory realms of consciousness. Come Sunday at Movement, Anthony Parasole will be a set you won’t want to miss. 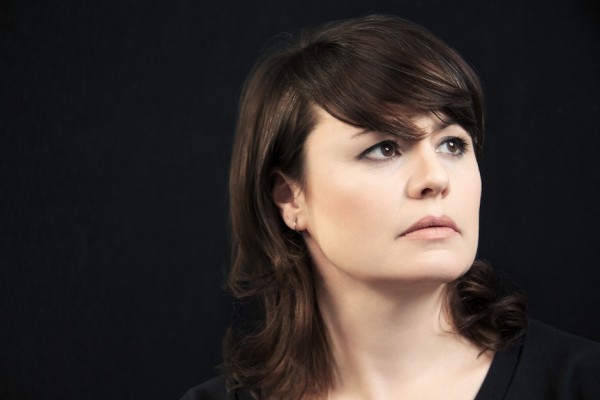 As one of the staple residents at the famous Panorama Bar in Berlin, Steffi has developed a strong connection with house and techno over the years. Steffi selects tracks in a way that resonates so strongly with anyone fortunate enough to see her in action. Pure house and techno at it’s finest when she steps up in the console. With only three US Tour dates thus far in 2015, Movement will be the perfect opportunity to see her if you were unable to be there for her New York, LA, or Chicago appearances.

People Under the Stairs 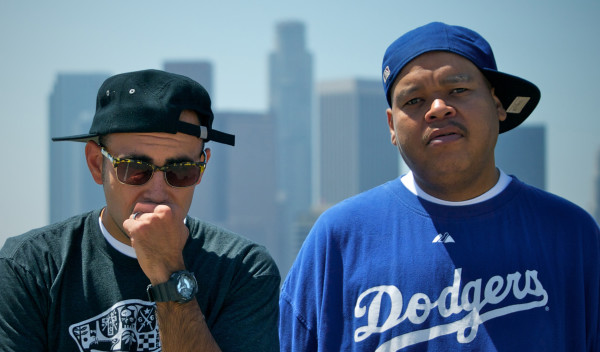 “Let’s have a mid city fiesta with your West-LA connection, hop inside the vehicle start crossing intersections. We learning life’s lessons while we blaze this herbal essence. A man was still a child and I have so many questions…” In the midst of the techno marathon that is Movement, why not check out some classic hip hop vibes from People Under the Stairs. At times we can get caught up in the energy and atmosphere of a great techno party, but it’s important to remember that there’s a lot of other great music out there. Growing up in Los Angeles and spreading feel good hip-hop, People Under the Stairs will be a welcome change to the 4×4 beats of the weekend. 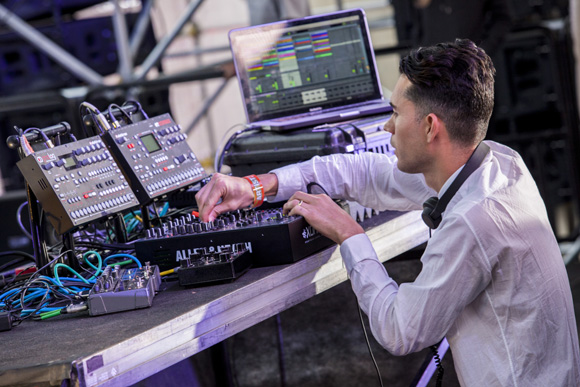 Mind tantalizing audio experimentation is one way to describe the music of Matthew Dear. But experimentation aside he’s also an incredibly talented musician. With a strong affinity for sound in general, his passion absolutely radiates through his music. His catalog is stretched over multiple prominent labels such as Ghostly International, Get Physical, and Spectral Sound, and is an artist that will go down as one of the more influential of our time. Many of us were fortunate enough to see him last year for an intimate show at the El Rey Theater in Los Angeles, but we can never get enough of Matthew Dear, and his performance at Movement will leave you in shock and awe. 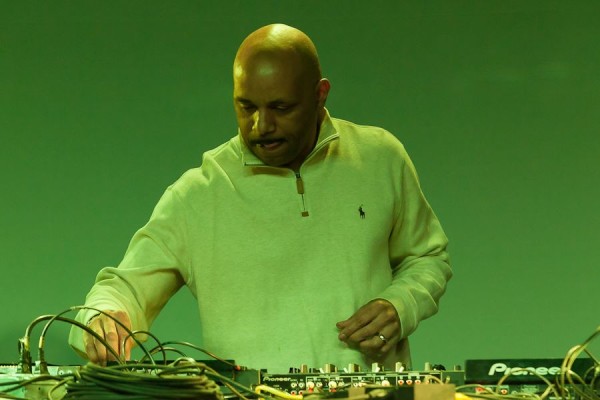 Eddie ‘Flashin’ Fowlkes is another Detroit legend billed for Movement Festival this year. When you have an upbringing in the techno scene alongside people like Derrick May and Kevin Saunderson it will organically lead to a musical evolution. Like his fellow Detroit counterparts, Fowlkes has had a long and successful career in the global techno community, and it will be worth taking the time to see him play on Sunday. 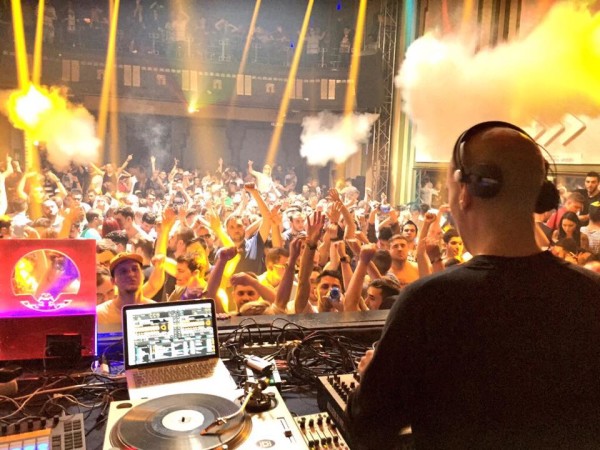 Spaniards sure know how to set the groove, and not many do it better than Paco Osuna. There’s virtually no DJ booth he hasn’t set foot in, and no dance floor left unsatisfied. With such strong musical precision and drive for excellence, Paco Osuna is one of the must see artists on Sunday at Movement. In the words of the man himself, Movement will certainly be ATOPE!

Ten Walls has quickly risen to stardom with popular tracks such as Gotham, Walking with Elephants, and more recently the release of his new Sparta EP. Thought provoking dance floor cuts in conjunction with a powerful live performance make Ten Walls stand out on a lineup that is full of heavyweight artists. If you haven’t seen Ten Walls this will be a great opportunity. And if you have seen him perform then you can attest to how great his live show is, and will be. 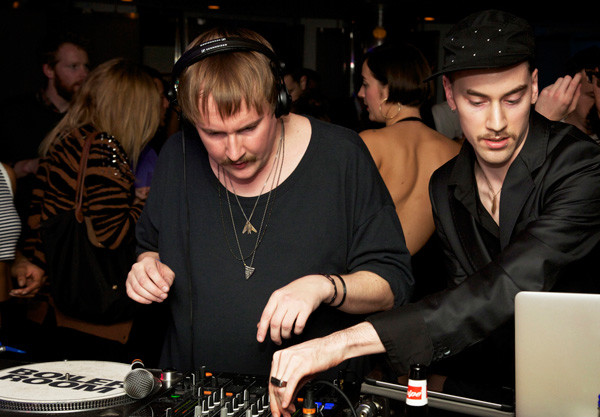 When modular aficionado, Jimmy Edgar, teams up with Machinedrum for a live performance we can only imagine the sounds that they’ll construct. The duo’s forthcoming EP The Chants is an assorted collection of soulful broken beats with a strong hip-hop and electronica influence. With a welcoming and knowledgeable crowd, Movement seems to be the perfect setting to watch these two artists experiment with sound while delivering a bass heavy performance. 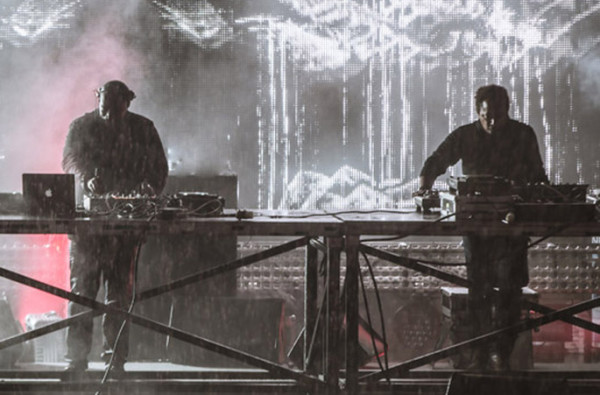 This should go without saying. Kevin Saunderson and Derrick May had a vision when it came to techno, and with hard work and determination they brought this music to the forefront of the musical landscape. At Movement 2015 the two will be presenting their “Hi-Tech Soul” concept. But to be very clear…this isn’t an ordinary back-to-back. Derrick took to Facebook earlier this year stating that a “B2B is for rookies and amateurs! I’m doing a simultaneous 4 turntable concept with Kevin Saunderson…” Call it what you will…a performance, a back-to-back, whatever…the music from these two legends is sure to be spot on.

Pardon the unofficial and very live feeling video, it’s all we could muster up for a preview of the Hi-Tech Soul concept 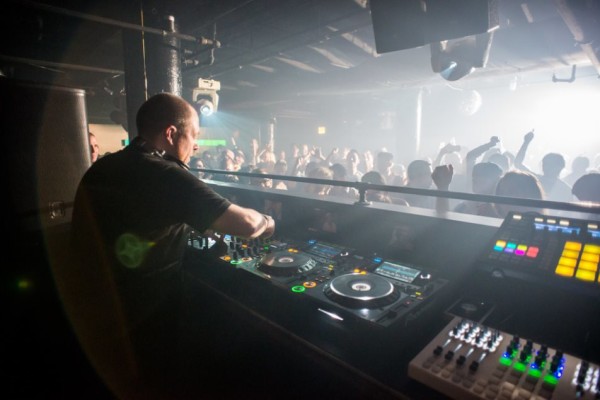 Ben Sims brings forth quintessential hard groove techno. With an upfront, no bullshit, style you can expect him to pack a punch on Monday evening at Movement. His sound isn’t for the faint of heart…but good thing the faint of heart don’t attend Movement. If you’re looking to take things to the next level and close out your Memorial Day Weekend in true techno fashion, then mosey on over to the stage he’s playing at and get ready to techno like you’ve never technoed before.

Honorary Mention: DJ Snoopadelic (Snoop Dogg) – We’re dying to know what Snoop Dogg has up his sleeve for Movement 2015.