Return Of The Moog Modular

Return Of The Moog Modular 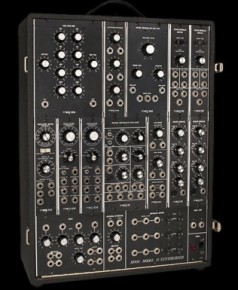 Moog has just announced that they will be reissuing several of their long-extinct modular synthesizers in a one-time, limited-quantity run.  They will be offering 55 units of of the System 55 at $35,000 each, 35 of the System 35 at $22,000, and 150 of the model 15 at $10,000. While that is indeed a steep price to pay, it is well worth it if you can fork out the cash. These machines, out of production for decades, came to be some of the most popular modular synthesizers of all-time; as they are virtually limitless in their capabilities, they have been utilized in techno, house, funk, disco, and RnB. For those who don’t know, modular synthesis was invented in the 60’s by Dr. Robert Moog and RA Moog Co. The technology was refined and reached its pinnacle in the late 70’s and early 80’s. These modular synths were different from their predecessors in that they were fully “programmable.”

Unlike a fully enclosed, hard-wired synth, a modular systems allowed the user to connect the components (modules) in different ways. With a little creativity, suddenly the world is at your hands. However, these units were large, expensive, and unpractical, and thus fell out of fashion, replaced by smaller hard-wired synths, especially the newly-developed FM synthesizers. Despite their newfound obscurity, these synths made their way into the hands of a number of dance music pioneers, and the rest is history. Literally. Since these artists demonstrated just how amazingly flexible a modular synthesizer can be, the synths have enjoyed a cult-like following and have become some of the most sought-out pieces of vintage gear. These units will surely not stay on the shelves once they are unveiled – keep checking back here for more updates! In the mean time, check out their amazing video below. Click here for more information