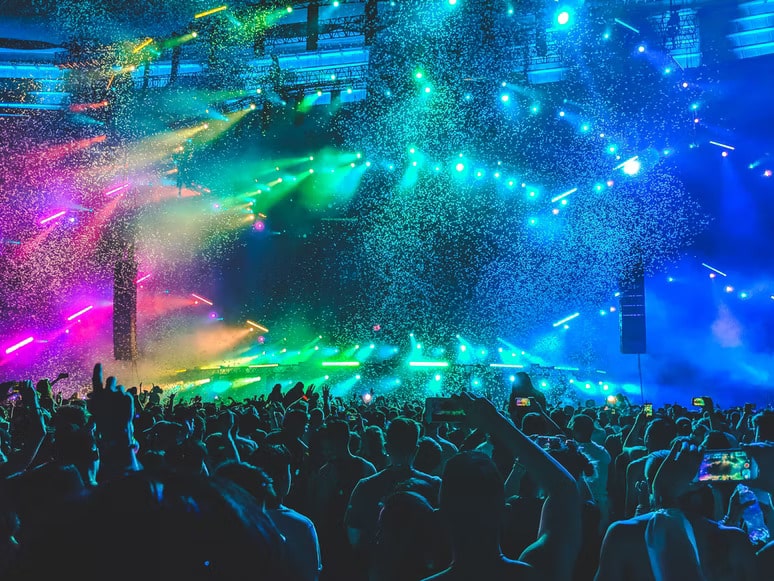 The rave scene — a space with flashing lights, fast-paced electronic dance music and the liberal use of drugs — is an escape to a world where worries don’t exist. In studying this scene, the university student is the model organism for under standing the social and neurological phenomenon behind raves and music festivals such as Beyond Wonderland and Coachella.

At raves, the music brings everyone together. When we listen to our favorite songs, the pupils in our eyes dilate and our hearts race as the cerebellum, a region in our brain responsible for movement, becomes active. At USC’s Brain & Creativity Institute, the Brain & Music Lab currently studies the relationship between music, psychology and neuroscience to understand the neural dynamics of connective emotion in response to music throughout our lifespan.

Music itself resembles a drug. Listening to music can relieve stress and this heightens when a person is high, creating a transcendent experience like no other. Clinical studies have even found that LSD enhances music-evoked emotion and volunteers reported feelings of “wonder, transcendence, power and tenderness,” which is where the use of drugs comes into play.

According to the University of Kent, raving and the use of psychedelics can help create “meaningful bonds” and prove useful in clinical therapies, respectively. In this study, Dr. Martha Newson discovered that, among the “4Ds” that alter states of consciousness — dance, drums, sleep deprivation and drugs — dancing and drugs, particularly psychedelics, were most strongly associated with strengthening social bonds.

Though recreational mind altering trips from psychedelics have deep-rooted stigmas associated with them, their clinical applications should be recognized from a public health perspective.

Ketamine’s potential as a mental health treatment is seen in evidence supporting neuronal regrowth in the prefrontal cortex, the focal site for brain disorders such as depression and anxiety. In 2017, the U.S. Food and Drug Administration approved testing of MDMA as a possible treatment for PTSD. Ketamine and MDMA are part of a growing field that explores party drug use in psychedelic therapies for behavioral and psychiatric disorders.

However, rave culture should not center around drugs. Even if raves are associated with drugs, this association shouldn’t be perceived in a negative light as these same drugs have clinical applications. The music and  people make raves truly enjoyable.

The unity and togetherness at raves and music festivals lies at the heart of the rave experience. Raves should be viewed positively because of  the overwhelming benefits from listening to music in such an open and accepting environment. It is the freedom and connectedness that you feel when surrounded by the people you love, or even strangers who share the same sentiment for the artist and are there for a good time.

Now, if you’re thinking about going to your first rave but are hesitant because you don’t know the artist or don’t think you would enjoy it, I’d encourage you to go for the experience. Go for the vibes, neuroscience supports it.