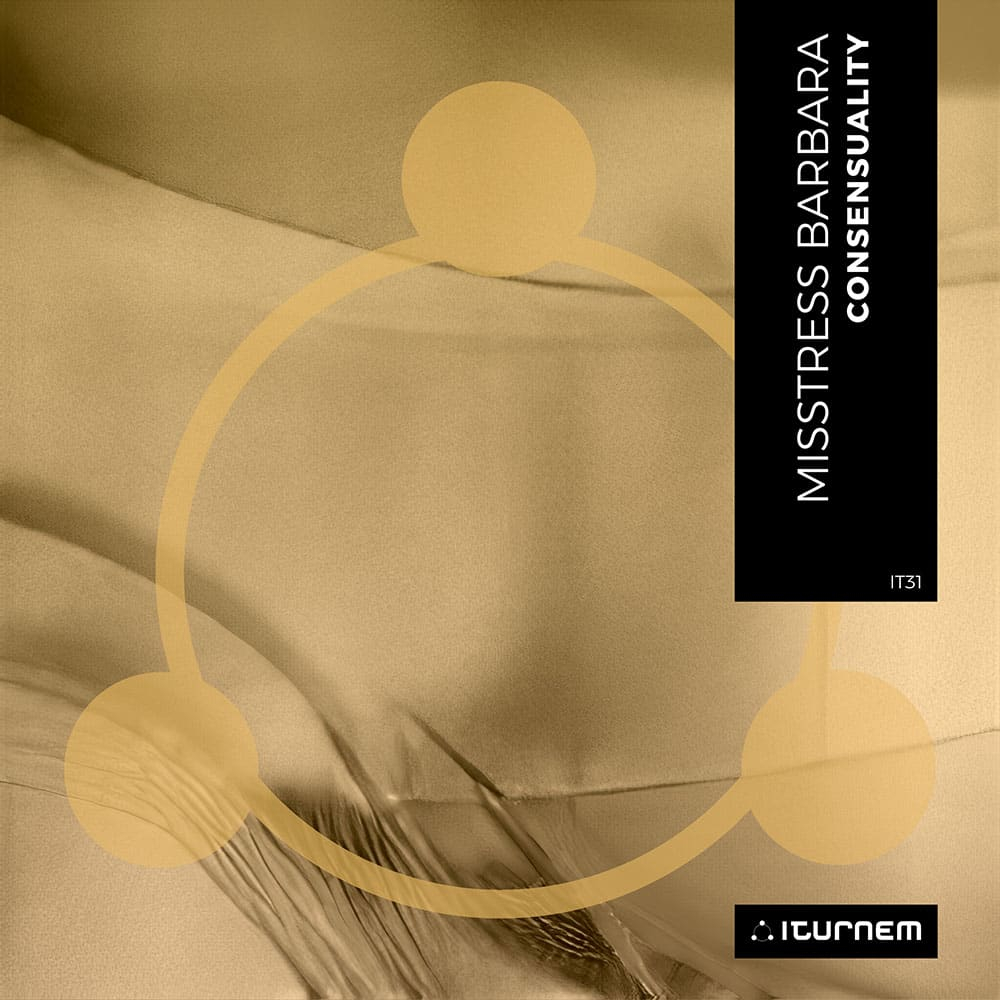 Misstress Barbara is an iconic DJ who has been an influential figure within the electronic music industry for over two decades and she recently revitalised her record label Iturnem.

Iturnem first launched in 2003 and featured mainly around Misstress Barbara’s own music but has also signed others such as veteran artists Ignition Technician and DJ Preach. The first release in Iturnem’s rebirth is a three-track techno EP from the label owner herself. All three of the tracks on the ‘Consensuality’ EP are a fusion of modern production and classic sounds that take influence from Misstress Barbara’s roots in the ‘90s techno scene.

The EP’s title track “Consensuality” opens the release with its rising synth line and a pulsating bass which layers with leads to a suspense building breakdown section. “Deft” has raw percussion and a stabbing synth chords that intermingle with sharp hi-hats and fizzing ride cymbals. Saving the best to last, “Freedom” closes out the release with a pounding kick drum and captivating vocal that adds to the free-flowing energy of the track.

Overall, a great techno release that showcases how Misstress Barbara has managed to maintain a career that’s lasted over two decades and why she deserves her role as a figurehead of today’s techno scene.