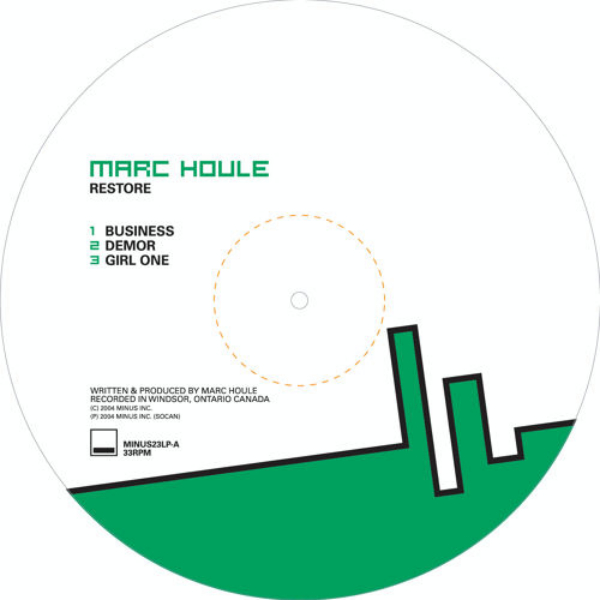 About eleven years ago Marc Houle released his debut album, Restored, on Richie Hawtin’s imprint, Minus. A lot happens over time, but Marc Houle has always remained driven and dedicated towards pushing a sound and artistic vision. Here we are, eleven years after the initial release waiting in excitement for the release of the Restored Remix Album.

To commemorate the original album, Houle and the Minus team have employed a wide range of characters to handle various remixes from the original album. The Restored Remix Album features remix treatment from M.A.N.D.Y, Joris Voorn, Danny Daze, Cosmic Boys, Monkey Safari, Harvard Bass, Popof, Julian Jeweil, Justin James, and Monoloc. From slick minimal interpretations to darker mainroom affairs the remixes for Restored cover many quintessential sounds of Minus.

You can preview the entire remix album in the Soundcloud player below, with the official release coming on Monday April 6th.

Interview with M.A.N.D.Y on Restored