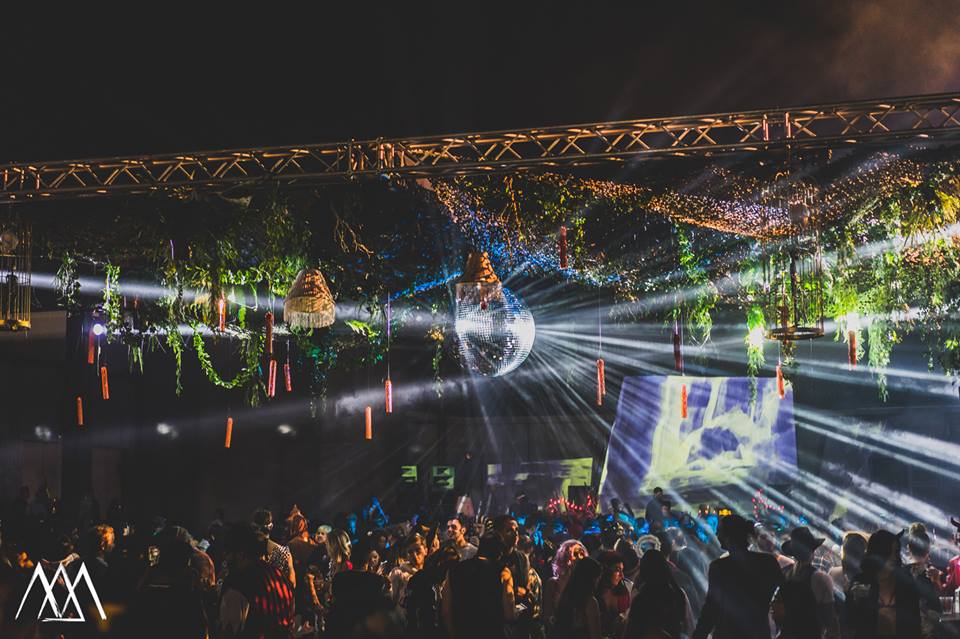 Los Angeles based Minimal Effort has now announced the full lineup and stage breakdown for its upcoming New Year’s Eve edition at The MacArthur.

Elk’s Hall will see a bass-heavy roster of talent hosted by Wicked Paradise take over the decks with Justin Martin on the closing slot, preceded by Detroit’s Jimmy Edgar, fellow Dirtybird artist J.Phlip and then local support by Astley and Matt Ossentjuk.

In the Grand Ballroom it will be the turn of Minimal Effort’s special guest Maya Jane Coles to head the room, followed by Life and Death boss DJ Tennis, both of whom are joined on stage by  as well as All Day I Dream’s Öona Dahl and Culprit’s very own Droog, who will be hosting the stage for the night.

Diversity is the name of the game in the Plaza Ballroom, hosted by The Wine & Cheese Party and headlined by one of the best track-selectors in the business in DJ Three. San Francisco’s Ardalan will be on right before him, with Minimal Effort’s Human Resources, Toks and Luvberg all slated to perform earlier in the evening.

Last but not least, The Lounge will be taken over by Trent Cantrelle’s Sounds Like brand, also featuring Shanto, Ray Kash and 6AM’s JIA. 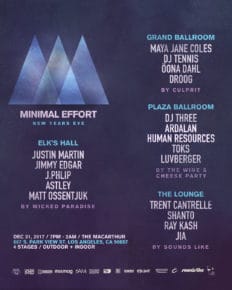