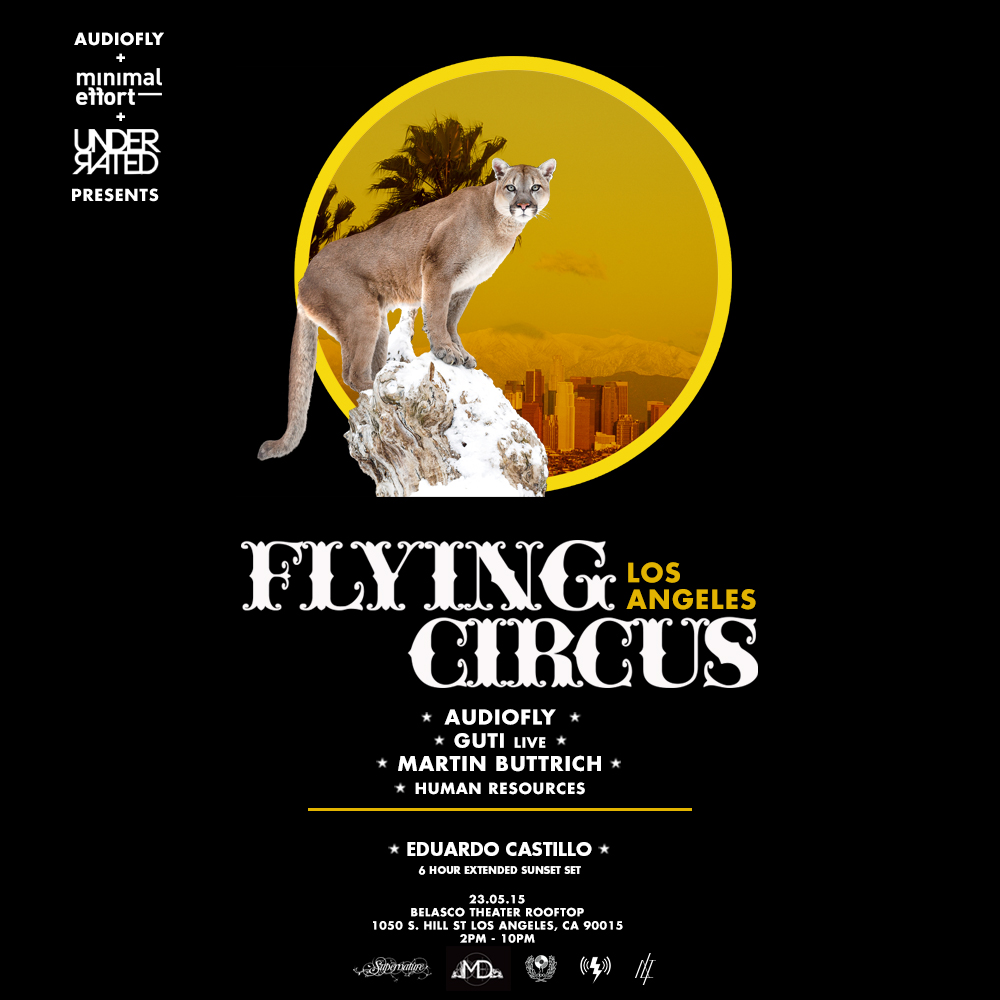 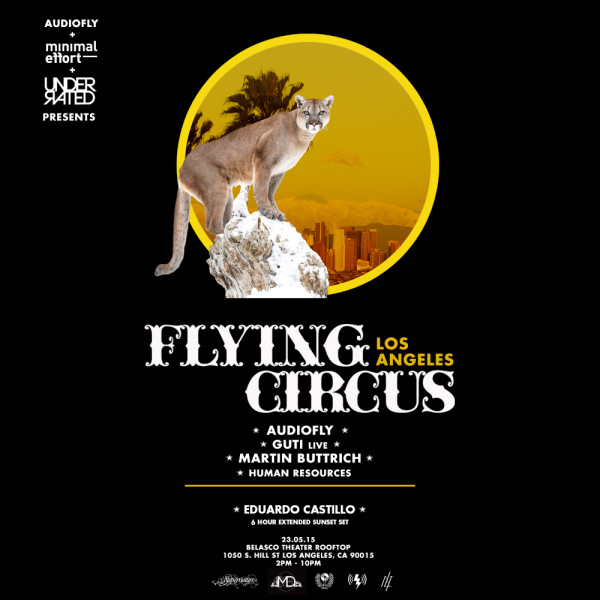 On May 23rd, Underrated Presents in association with Verboten will coalesce the Minimal Effort and Flying Circus brands to bring forth another stupefying gala. A celebration of life with House Music as the backdrop. Flying Circus is an event tour that has visited Berlin, Istanbul, Amsterdam, Spain, Romania, Ukraine, London, Mexico, Budapest, Detroit, Sydney, San Francisco, Miami, Colombia, Brooklyn, Lima, and more in 2014 alone and will make its LA debut at The Belasco Theater for a day time affair from 2:00 – 10:00 PM

Audiofly will take to the decks to showcase their powerful, experimental, and original style of music. The duo is in the midst of working on their 2nd album in addition to their Flying Circus tour and their label, Supernature. The 2015 tour of Flying Circus started in Mexico City on March 23rd and will visit ten cities and five countries over its course coming to a close at Verboten in New York on August 23rd. 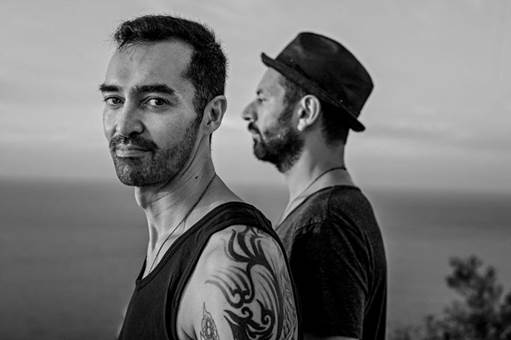 The pianist, jazz aficionado, and rock musician, Guti will perform his live set combining the sounds of Desolat, Crosstown Rebels, Supplement Facts, and Wolf & Lamb. Guti was at one time a revered keyboard player in a band in Buenos Aires by the name of Jovenes Pordioseros and chose to explore new paths. In 2005, he started to delve into house and techno music and has went on to be apotheosized throughout the world. The ever evolving artist has a residency at two US clubs including Verboten in Brooklyn and Trade in Miami and just released remixes of his Rompecorazones album on Defected which shares names with his new label in which the original album was released on. Following his Flying Circus Los Angeles appearance, Guti will perform a live concert in Barcelona also entitled Rompecorazones on analog synths and a piano along with Livio & Roby, violinist Rosanne Philippens, pianist Julien Quentin, and trumpeter Greg Paulus. Guti will also make his debut at Awakenings Festival in Holland on June 28th.

Martin Buttrich will exhibit his technical prowess and diverse range of harmonies playing for and to the crowd. Last year he celebrated his 20th anniversary with a twenty city tour around the world. This year he has plans to release his new collaborative album aptly entitled 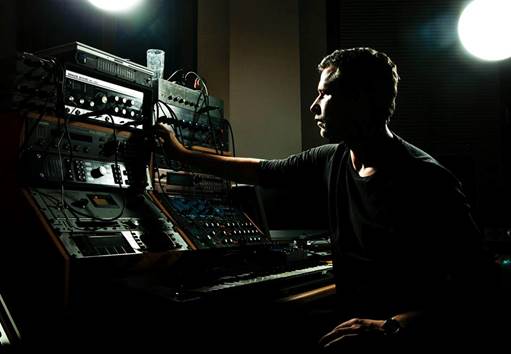 ‘Collaborator’ along with fellow artists and counterparts who also embarked on his world tour last year. He will release the album on his new label by the name of Rhythm Assault which he will use as a platform to create and showcase his new musical projects by himself. Martin will also be seen on the bill for Flying Circus parties in London and Barcelona following his act in Los Angeles.

Crosstown Rebels artists and Leverage Recordings label owner, Eduardo Castillo will play along with special guests in Room 2 while Underrated Presents and Minimal Effort founders Human Resources will also take to the decks to match the sounds of Audiofly, Guti, and Martin Buttrich. Minimal Effort will follow up from their last event that brought the likes of Matador, Uner, Butch, Andhim, and more to Park Plaza in Los Angeles which was a spectacular event with a massive turnout.

Tickets for this event are currently on sale here, grab them now as Minimal Effort is expected to hit capacity once again. For more info check out the official event page on Facebook