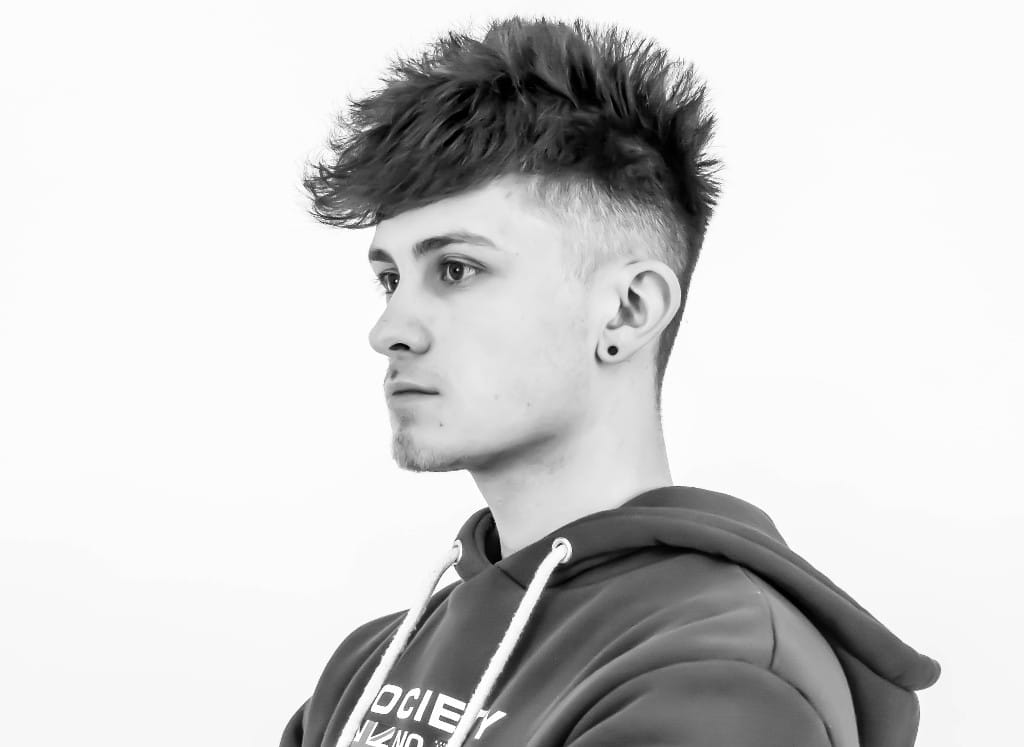 Cosmic Love features melodies with retro-sounding synths behind vocals sampled from vintage space programs to give the track that cosmic feeling. The drop is hard-hitting modern techno with arpeggiated basslines and stabs. “Astrob” features uplifting trance-inspired melodies with vocals giving a perfect blend of uplifting vibes and eery atmosphere before a drop with rolling basslines and alien-like vocal chops.

Although Hopkins’s previous release on Techno City was a more hard techno warehouse-style track, Cosmic Love EP shows his versatility in not only producing hard industrial techno but creating a more melodic style of techno as well. His plans are to continue producing both styles of techno to cater to all techno music lovers in his hopes to gain more techno lovers in his local area and beyond.

Micky grew up in the island town of Enniskillen in Northern Ireland where techno music was rarely heard of. He began producing electronic music at the age of 14. Through his releases with various labels, he earned a residency on Vibe Radio UK as well as guest appearances on Energy 106 Belfast. After an absence from music production and attending university overseas, his spark for music production was reignited after being introduced to the techno scene.

It’s clear his music production abilities never went away and has proven to be a producer with great versatility, blending powerful trance-inspired melodies with heavy drops, earning him a hard techno release on Techno City and a techno EP on the Yellowheads’ label Reload Records. This is just the beginning and there is much more to come from this young Irish talent.