Exactly two weeks from today, Miami will be invaded by tens of thousands of electronic music aficionados attending Miami Music Week. Although officially taking place between March 15th and 20th, the parties truly begin the weekend before and continue into the next week when Winter Music Conference gets underway.

Although there are over 150 parties to choose from, making it almost impossible to have a bad time, we have selected our 10 favorites to help you choose wisely.

Don’t forget to buy tickets in advance, as some of these will sell out. We recommend keeping hydrated, wearing ear plugs and looking out for one another. Remember: the music is what matters most!

It seems that large line-ups and shorter sets are the order of the day in Miami this year, but if you’re in the city as early as Monday you can start your week off with an extended set by Music On and Drumcode techno producer Joseph Capriati. He is the only name on the bill and tickets are $20 right now, a steal!

Tickets are on sale via Resident Advisor.

Trade’s two floors will be servicing separate yet equally impressive parties on the second night of Miami Music Week . On the first floor, Argentinian producer Guti will be playing a live set with guests Martin Buttrich, Premisku, Roman Flugel and Ms. Mada.

Tickets on sale through Resident Advisor. 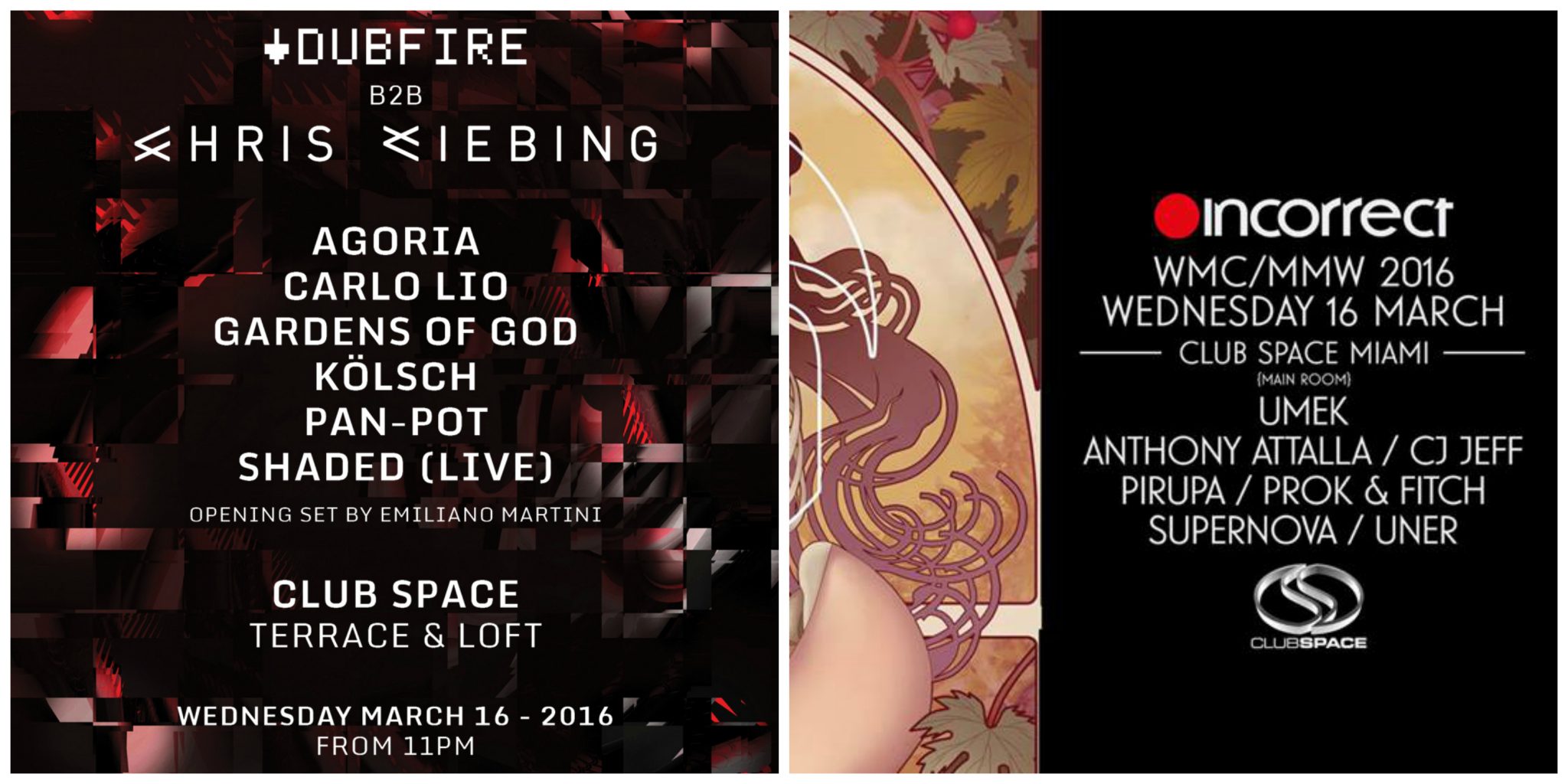 With a supporting cast on the Terrace and Loft that includes the likes of Agoria, Carlo Lio, Shaded (Live) Pan-Pot, Kölsch and Gardens of God, this event is arguably one of the few where you can expect techno in an otherwise house-heavy week in Miami.

And the beauty of Space, other than the fact that it seems to never close and has a world-famous terrace unlike any in the United States, is that it hosts entirely different line-ups in its Main Room too. On this night your ears can feast on an equally impressive Incorrect Music roster with label boss Anthony Attalla, UMEK, Prok & Fitch, Supernova, Pirupa, UNER and CJ Jeff all on the bill.

Tickets are on sale through Wantickets.

All Gone Pete Tong Pool Party at the Surfcomber Hotel

BBC Radio 1’s legendary radio host Pete Tong has been throwing massive MMW pool parties for years now, usually blending a diverse lineup of mainstream and underground artists across two separate stages. This year, however, he is mixing things up by showcasing a house-focused roster of talent – all of whom will be going back-to-back for the day into evening party. Pete will be joined by Andrea Oliva, while Armand Van Helden will play with Jackmaster. Other combinations include Joris Voorn b2b Kölsch, Steve Lawler b2b wAFF and Lauren Lane playing with Julia Govor.

Tickets are on sale through Wantickets.

Presented by Do Not Sit On The Furniture, this eclectic off-site lineup is housed in a brand new breath taking venue along the ocean. The party is set to begin with a very special Sound Healing and Yoga class before kicking off in true fashion with music by Atish, Alex Niggeman, Bedouin, Behrouz, Gab Rhome, Hoj, Lee Burridge, Powel, Satori, Timujin, YokoO and more yet to be announced.

Ticekts are on sale through Resident Advisor.

You know that saying that goes, “crew love is true love”? Well it’s true, and it’s never more evident than through the vibes the Crew Love label are able to offer at their imprint showcases. This year the lineup features extended sets by Soul Clap and Wolf + Lamb, as well as new live performances by Nick Monaco and No Regular Play. Not only are there surprise guests still to be announced, but the label as teamed up with DownBeats ear plug providers and will be handing out  free custom-branded ear plugs to the first 100 attendees showing up to party.

A name synonymous with colorful and crazy parties, Elrow returns to Miami with some of the world’s best production at the Downtown Mana Wynwood space. On decks you will find some incredible track selectors including Joris Voorn, Pan-Pot, Matthias Tanzmann, Kenny Glasgow, D’Julz, De La Swing and a special Serge Devant back-to-back set with Citizenn.
Tickets are on sale through Resident Advisor. 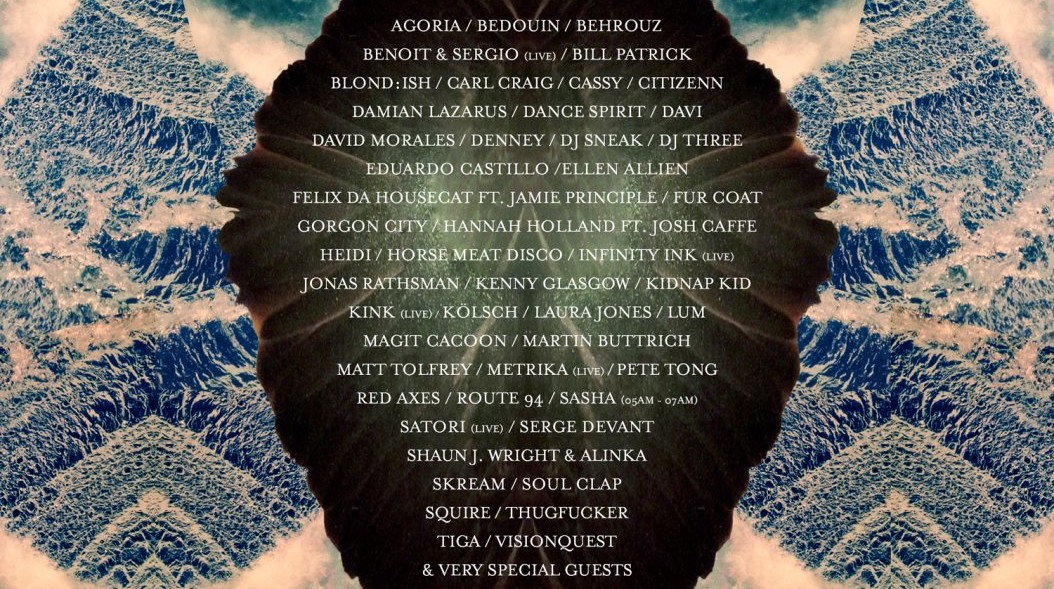 Needless to say, Get Lost makes the list once again. The true catch here is that you can buy a ticket for the 24-hour musical bonanza that Damian Lazarus puts on for various purposes: as an after-hours that begins on Saturday morning at 5am with a special Sasha set, as a morning/day darty during the afternoon, or to spend the hours that bridge Saturday night into Sunday morning as the party comes to an end. Regardless, the line-up is huge and the production will be nothing short of magical. Only Final Release tickets remain so act fast. 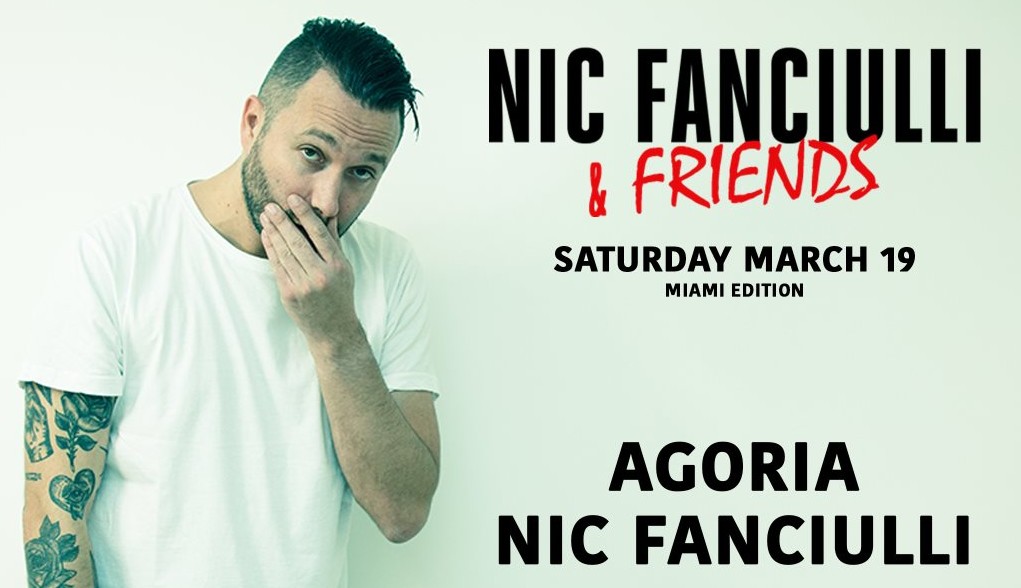 Nic Fanciulli & Friends at Do Not Sit On The Furniture

Saved Records bossman Nic Fanciulli is embarking on a North American Tour this March, and will be stopping at the Miami Beach club for a special showcase alongside Agoria. 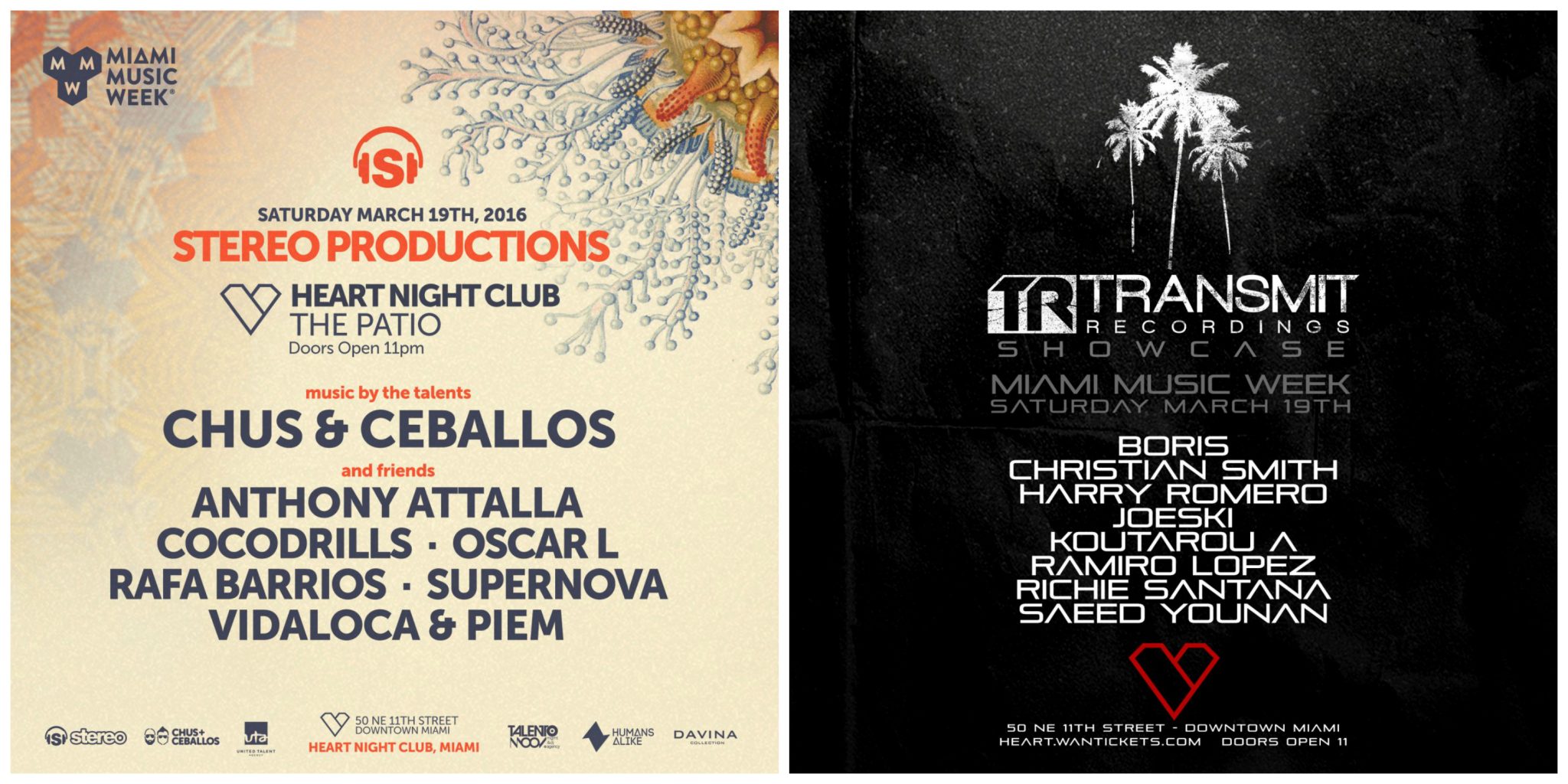 This is truly a double whammy, with Stereo head-honchos Chus & Ceballos taking over the Patio with a star-studded cast that includes Anthony Attalla, Cocorills, Oscar L, Rafa Barrios, Supernova, Vidaloca and Piem.

Tickets are available on Resident Advisor. 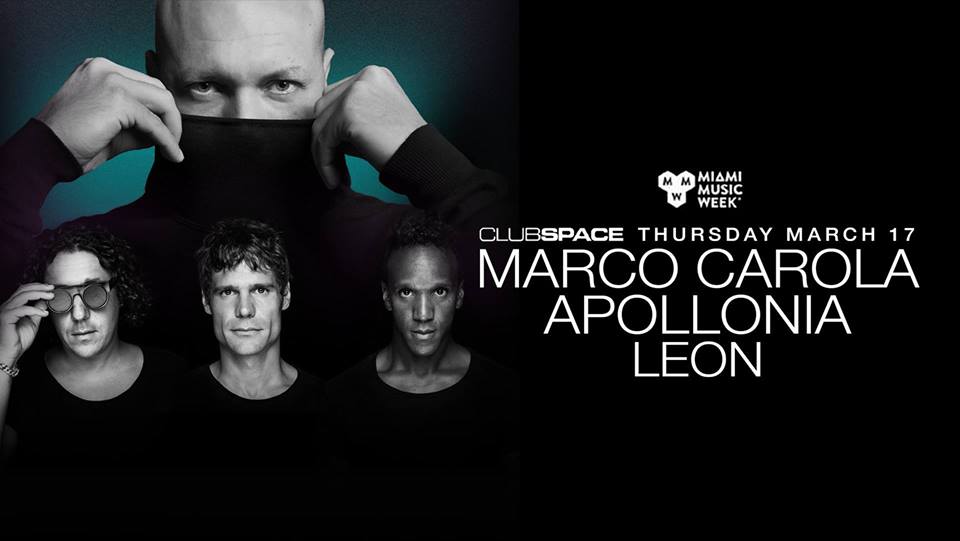 Miami Music Week is marathon, not a sprint. And nothing says “marathon” at MMW quite like one of  Marco Carola’s infamous extended sets on the Space terrace. In years past the Italian techno giant exhibited his music muscles alongside Loco Dice as “LoCarola,” often playing 12+ hours deep into the next day’s afternoon. Last year he went on at 2am for the back-t0-back set, and by the time I was leaving at 12pm the next day he was still going strong with the party in full swing. This year he is going solo, with support from French house trio Apollonia and his own protégé Leon all playing sets before him. The Music On boss is expected to go well into the next day, possibly right up until his afternoon scheduled set at Ultra’s Carl Cox & Friends Arena.

Tickets are available on Wantickets.