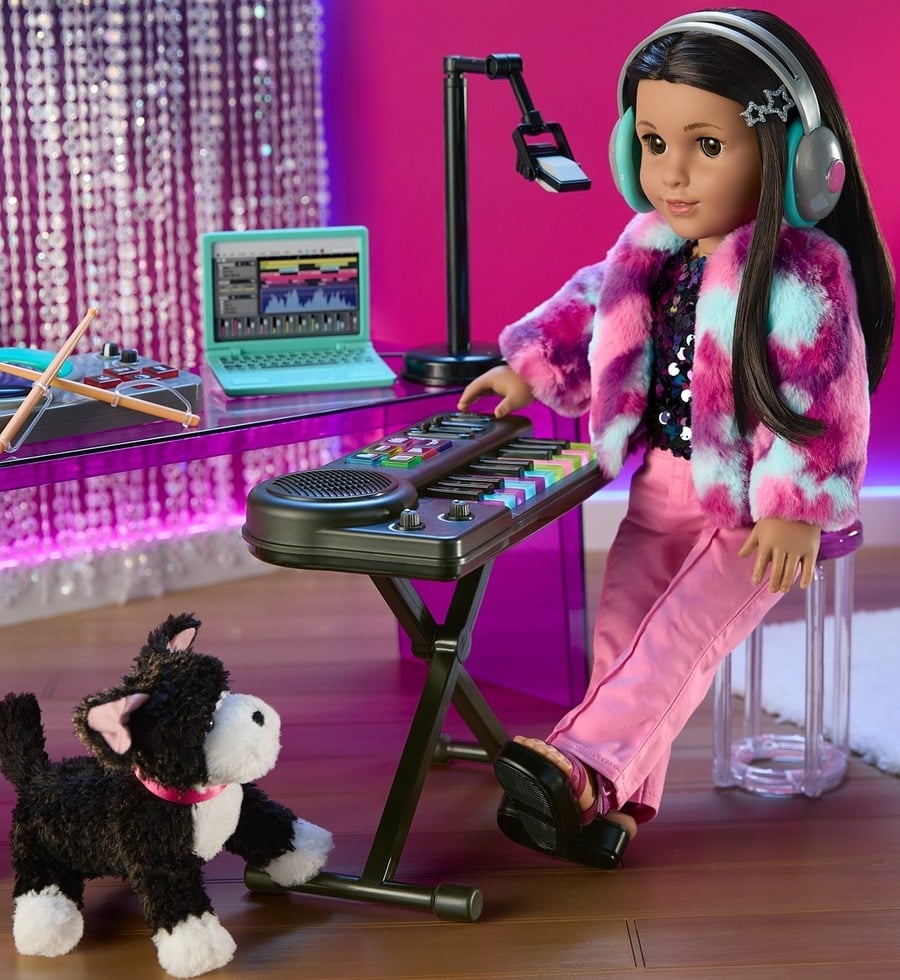 U.S. toy maker Mattel has launched a new American Girl doll that produces electronic music. Named Kavi Sharma, the doll can be purchased with a music-making setup, including a functioning keyboard with a synthesizer, wind and brass settings, a drum pad, a laptop displaying music software, a microphone, and DJ-style headphones. All the accessories can be “linked up”, with the laptop coming with an extendable chord that can be plugged into the mic stand or light-up drum pad.

Encouraging the “next young prodigy of dance music,” Kavi is American Girl’s “Girl of the Year” for 2023 — making her the first South Asian doll to hold this title for the brand. The 12-year-old character was created by New York Times bestselling author Varsha Bajaj.

According to a statement by Bajaj: “Kavi’s story is important to all the young readers who will see parts of their lives represented. I took immense delight in showcasing slivers of Indian culture, including dance, yoga traditions, food, clothing, and magical festivals like Diwali and Holi.”

Read Next: How to Get Your Children Involved in Electronic Music Production

As well as Bajaj, a team of advisers also helped with Kavi’s development, with real-world insights to add to the product with story themes to “ensure authenticity and accuracy.”

“Kavi joins the company’s long line of contemporary characters, introduced more than 20 years ago, that represent a wide range of backgrounds to reflect what it means to be an American girl today,” American Girl wrote of the new doll’s release.