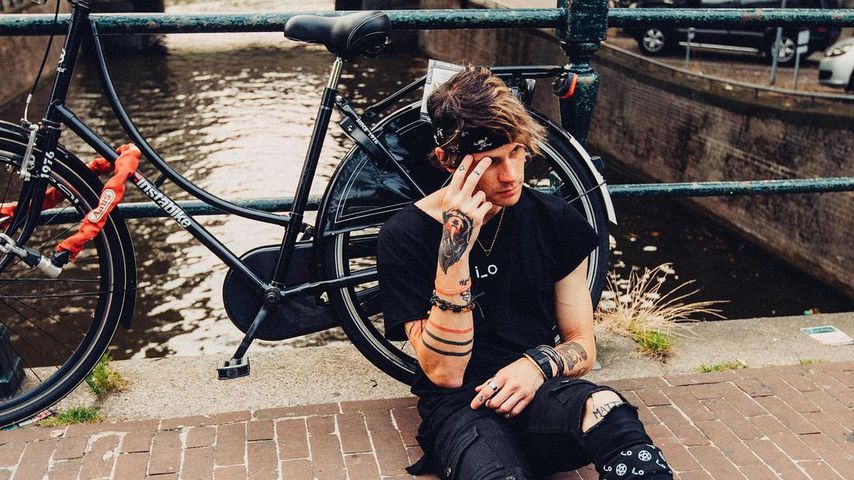 Medical examiners have determined Garrett Falls Lockhart’s (i_o) cause of death reporting he suffered from Hashimoto’s thyroiditis. It is the most common cause of hypothyroidism in the United States. The autoimmune disease turns the body’s own immune system against itself, and if gone untreated can be fatal.
The untimely passing of the young DJ and producer late last year sparked an outpour of both artist and fan condolences. While no official statement had been reported at that time, speculations around mental health struggles started surfacing. The recent statement from the Lockhart family have put to rest any rumors around the techno artist taking his own life. “The coroner has determined that Garret had a sudden and fatal arrythmia. No toxins were found on extensive and repeated tests. After five months of testing, the conclusion is that, while Garrett did suffer from depression and anxiety, he did not take his own life.” Hashimoto’s thyroiditis affects about 14 million Americans, of which about two million are men.

I was diagnosed with Hashimoto’s a few months ago, so to hear about another young person dying of it is sad and tragic and helps to realize that there needs to be more awareness of what patients go through

While this report may help create closure for some, this also brings awareness to underlying medical conditions that can make it hard to carry out daily life. Depression and anxiety are severe symptoms linked to Hashimoto’s thyroiditis. “Hidden” medical conditions often coexist with psychological issues. It’s important to continue normalizing conversations around mental health because there could be undiagnosed conditions affecting it.

Full statement below via @i_oofficial 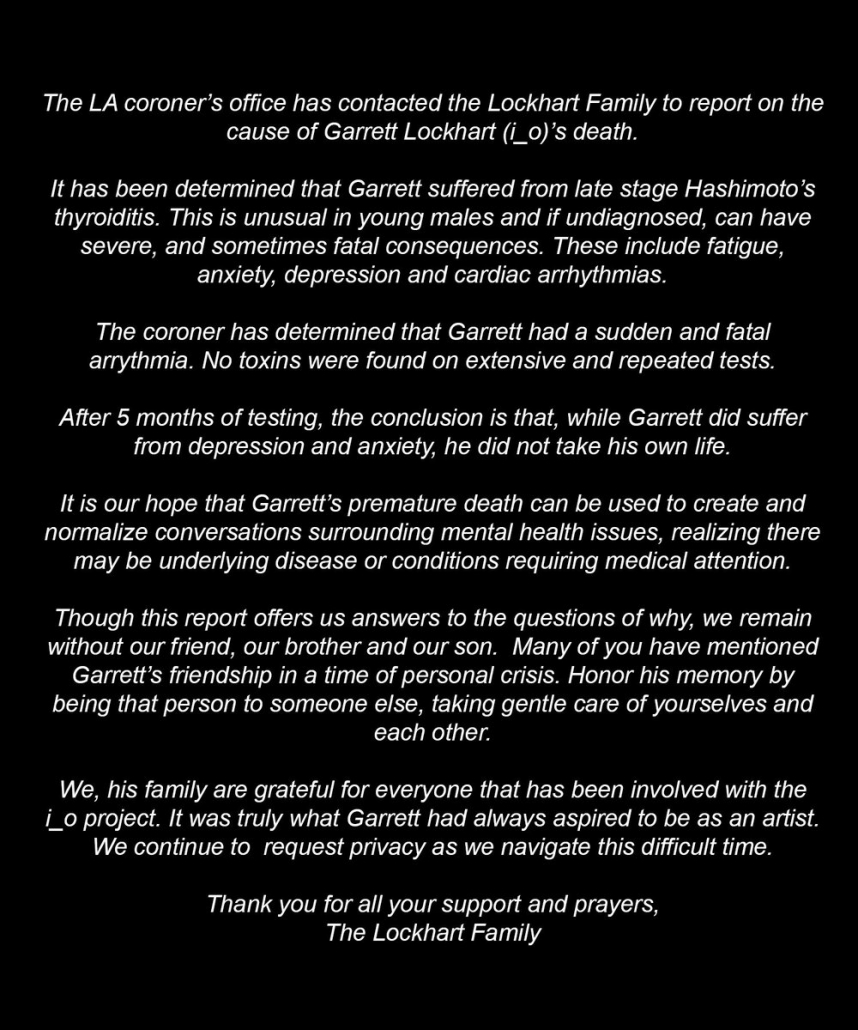