May The (Techno) Force Be With You 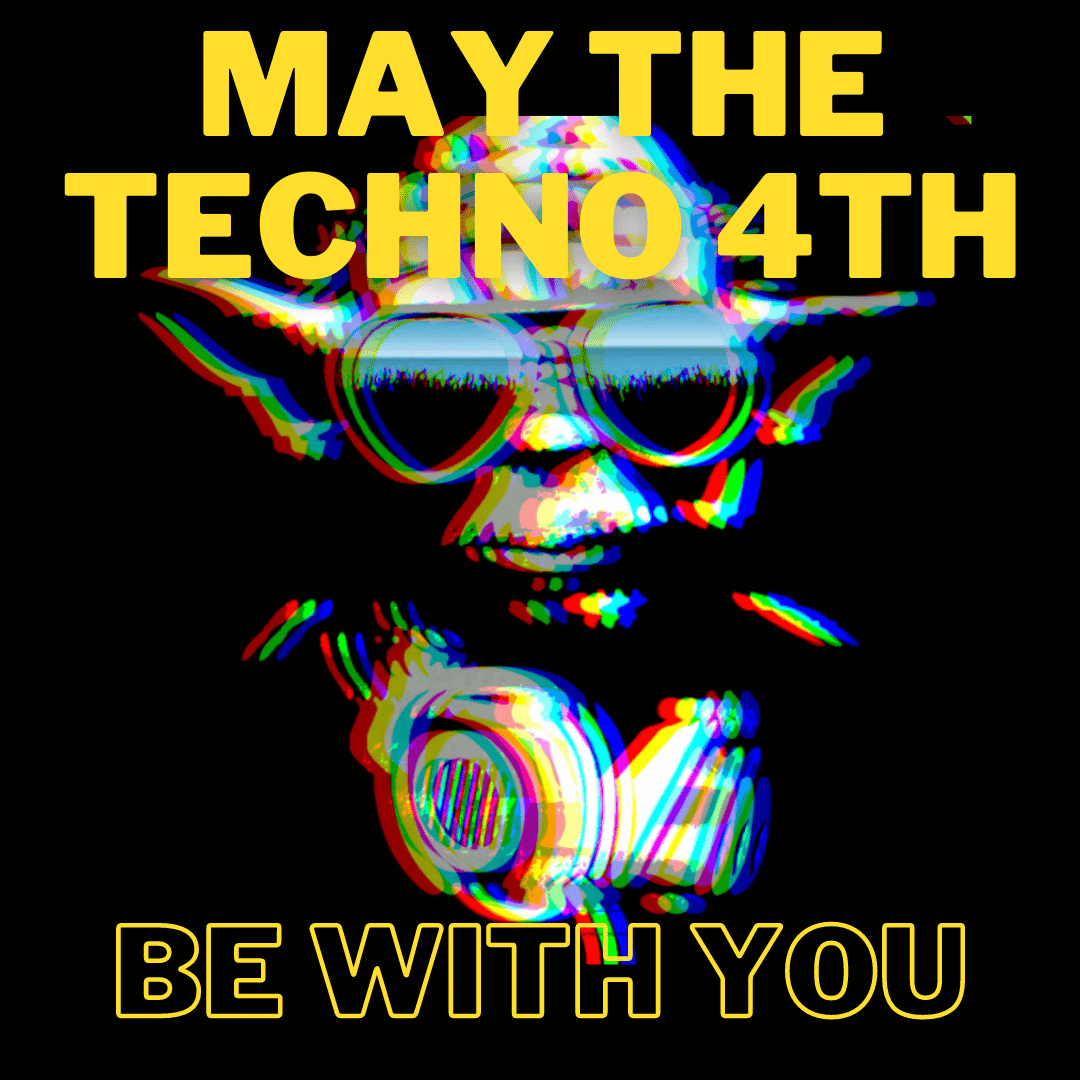 May The (Techno) Force Be With You

May the 4th be with you, tech-nerds! As lovers of space music here at 6AM, it goes without saying that we’re lovers of space movies as well. Therefore, it only made sense to force-push a lil’ something out for May 4th, National Star Wars Day. So in lieu of our favorite trilogy of trilogies, whether you’re pod-racing, bantha herding, spice running or bounty hunting, here are the top 10 techno tracks to celebrate May 4th. Trust me, these tracks ARE the droids you’re looking for.

The fast pace and hard beat will have you tribe dancing like a Tusken Raider by the end of this track. In fact, it almost sounds like one’s hollering in the background while the bass pounds. Tatooine desert party anyone?

If Planet X was actually in the Star Wars universe, it would obviously be the party capital of the galaxy. I’m sure Death Sticks are legal there, but after a bender with this song on loop, you might want to go home and rethink your life.

Throw on your black robe, ignite that red light saber, and channel your inner Sith lord as you visit some Dark Places with Cosmic Boys. (They might have cookies.)

Whether the planet you’re on has one, two, or even three, this track will be perfect to watch whatever sun is in your orbit.

This banger will have you moving through hyperspace so fast, you might even be able to beat Han’s Kessel run time. Fire up the hyperdrive and set course to wherever Alex Bilancini is playing (probably somewhere on Planet X.)

That’s no moon, that’s Enrico Sangiuliano! His beat blows up the party like the Death Star blows up Alderan (too soon?)

Grab your princess, fire up your starship, and queue up this banger for the most ecstatic space date you could ask for. Please just make sure that she’s not actually your long lost sister first, the force is definitely not with that.

This track is as hot as an asteroid flying through the outer rim. But before you park on it, just make sure you didn’t actually land on a giant space worm’s home by accident.

You’d be hard pressed not to Imperial march to the cadence of this banger. But don’t be a stormtrooper about it, you’ll probably miss a beat.

The force of this song will have you Skywalking around like the chosen one- just stay away from the younglings and Tusken desert parties.

There you have it, those are the top 10 techno tracks to listen to across the entire galaxy. Maybe you’ll get lucky and end up hearing one during your next stop at Mod Eisley Cantina!

Read Next: The Connection Between Anime, Trance, & Techno