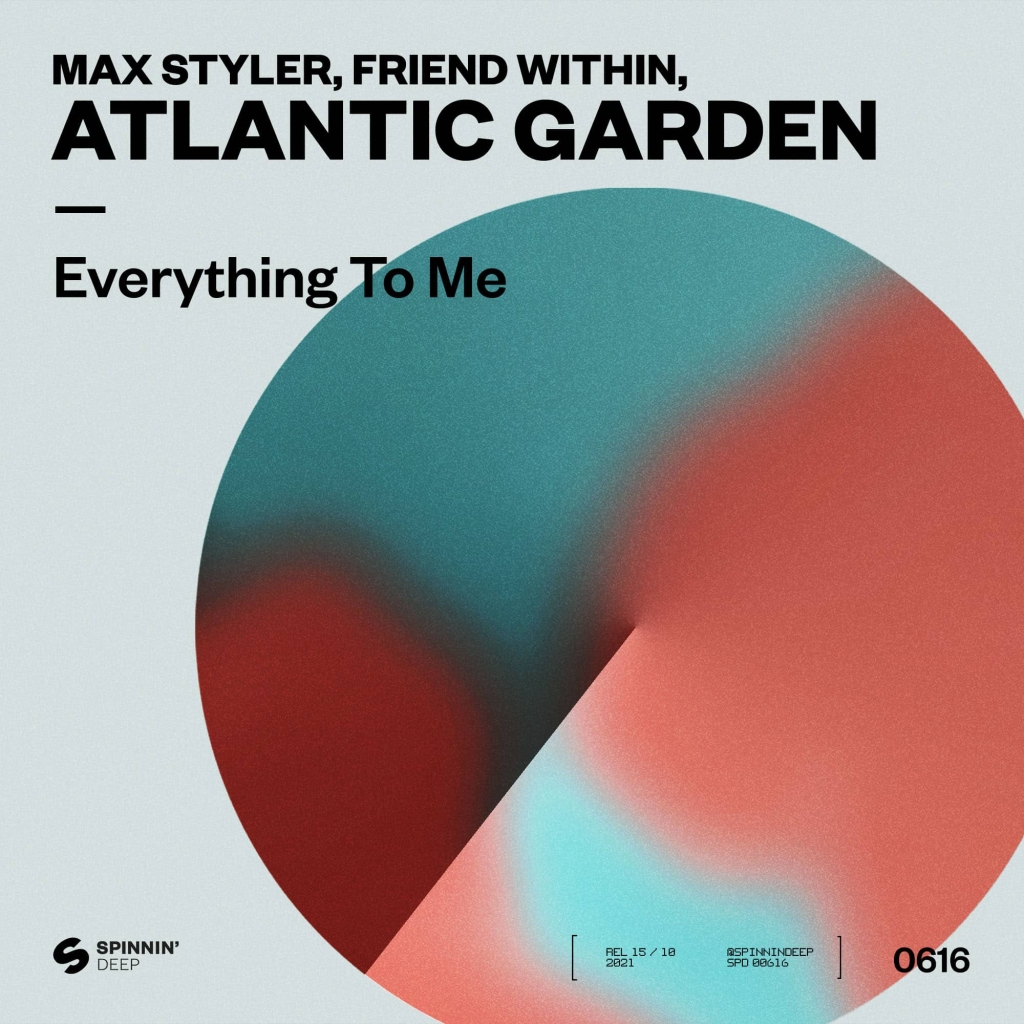 Joining forces for a brand new venture, Max Styler teams up with Friend Within to launch their new collaboration under the guise of Atlantic Garden, and present their new single on Spinnin’ Deep entitled “Everything To Me”. With releases on the likes of Toolroom, Realm, Sink or Swim and Musical Freedom, Max Styler has crafted some of the finest tech house tracks as of late, and is continuing to build his already impressive arsenal of tunes.

Meanwhile, Friend Within exploded into the scene back in 2013 with his release of one of the largest essential club tracks of the year with “The Renegade”, which today ranks in over 18 million streams on Spotify. With more recent ventures on the likes of Toolroom, Solotoko, Rinse and Good Company, Friend Within continues to make his mark within the House scene. Below the duo shares more about themselves and what inspires their collaboration and new artist project, Atlantic Garden.

You can buy “Everything to Me” here.

Hey guys! For readers who haven’t heard of Max Styler and Friend Within, tell us a bit about you and your solo careers?

Max Styler: Hey I’m Max and I’m a producer and DJ living in Las Vegas. I started producing about ten years ago when I was in high school. I started producing heavy electro and big room and have since made the switch over the last few years into a deeper, tech and melodic sound that I have always loved but taken time to define and refine.

Friend Within: Friend Within is the name I’ve been producing under for about nine years and have been releasing music for sixteen. Over the years I’ve released on Dirtybird, Toolroom, Defected, PETS and many others. I’ve worked with Disclosure, A-Trak, Shadow Child and Friendly Fires too.

Our inspiration comes when we go on scuba trips together. The sounds of the ocean and wildlife really get our ideas flowing in a unique way.

Max Styler on how he finds inspiration with Friend Within.

Where in the world are you both based?

FW: I’m from Liverpool but now live near to Oxford in England. 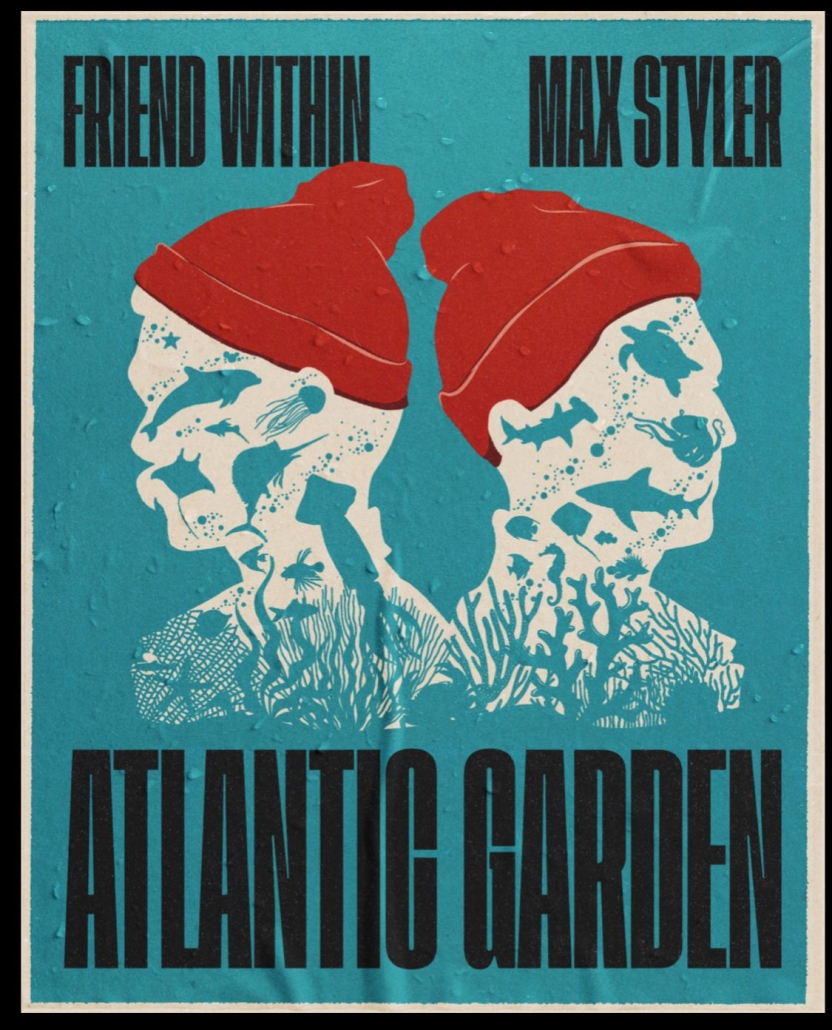 How did Atlantic Garden come about? How did you meet?

MS: Atlantic Garden came about in a cool way. I sent Lee, some music of mine over email late last year and heard a quick response back saying he loved the tunes. What I thought was going to be one or two collaborations turned into us working on many tracks. Lee came to the idea that we needed to start a project for this because our workflow was so quick and smooth.

After some back and forth we landed on the idea that the name would have the word Atlantic in it because that was the ocean that separated us. We had never met in person and I thought of the word Garden in the sense of a new growth or blossoming. So there you have it. Atlantic Garden.

FW: Very well said, Max! I had done a few collaborations with people over the years and it doesn’t always work out, but this one was really fast and smooth. We’d send tracks back and forth and it seemed like all the ideas we were both contributing fortes really well. We both seem to be on the same wavelength. Maybe the first time we meet will be when we headline Coachella.

Who do you take inspiration from when making music under this alias, is there anyone you compare your sound to?

MS: Our inspiration comes when we go on scuba trips together. The sounds of the ocean and wildlife really get our ideas flowing in a unique way.

FW: We’ve never met in person on dry land is what I meant to say. We meet underwater all the time.

Listen to Max Styler & Friend Within “Everything to Me” – Spinnin’ Deep

Spinnin’ Deep · Max Styler, Friend Within, Atlantic Garden – Everything To Me

You’ve just released the first single, “Everything To Me”, tell us about the track?

FW: This is track that Max had started and sent over to me. The vocal and main synth line we already in place then I added the big trance-y breakdown part. That is often what I do on our tracks.

You started the project during the pandemic, were there any limitations to making it virtually?

FW: I actually really enjoy making music this way. Even the time zone difference was quite good as I could send a track to Max at night and by the time I woke up he’s made a new version. Perfect!

What gear did you both use to make the upcoming EP?

MS: As far as gear goes for me, I’ve been making use of my Moog Sub37 a bit for some cool textural breakdown synths/fx as well as my Prophet on occasion. The real secret sauce comes from our sonar system called SOSUS

FW: I use a Moog Submarine37 and a waterproof copy of Ableton Live.

What are your future plans with the project? When is the EP released and who is it on?

MS: At this point we just want to release the music we’ve been working on together and gauge the response with people. Our garden is in the planting phase so we will have to wait and watch it grow.

FW: We want to be the first people to DJ underwater with dolphins. Two thirds of the EP is out now on Spinnin’ Deep. One more tune to come soon!