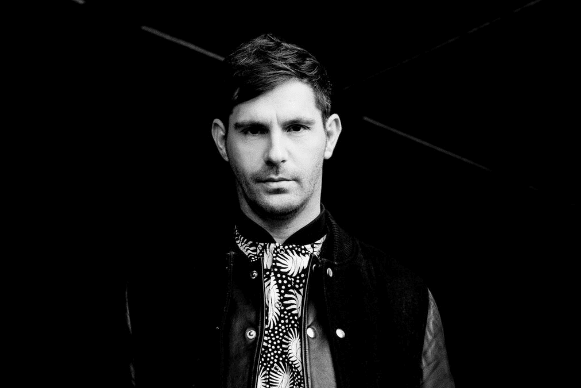 Matthias Meyer has a unique sound that has made him stand out as special, amongst a sea of deep house artists; with a love of film soundtracks, his productions incorporate uplifting and orchestral elements, deep tribal grooms and African-influenced rhythms. Over the years he’s made his mark with standout cuts including ‘Reichenbach’, ‘Tout Va Bien’ and ‘November Rain’.

Hit a brick wall with your productions? The German DJ and Watergate resident shares creativity hacking tips on how to get the most out of your studio time.

1. Sometimes I just use a sample and then I build everything around it and at the end I remove the sample. That’s what happened with ‘Hope’ I produced with Ryan Davis. I had this nice string sample from a movie and built a groove underneath it and was kind of happy with it. At the same time I was still a bit frustrated as I couldn’t use the same sample. Then Ryan came into my mind ‘cause I did a remix of an orchestra track of his. I sent him the groove/bass and he sent back the melodies and e voila…it was done! Don’t be afraid to improvise a little and look sideways for the answers and likewise seek to collaborate with friends who can add something specific to the production.

2. When I really have no clue where to start I throw every kind of audio into Ableton live, convert it into midi and then see what happens. Sometimes you are lucky and you have a nice melody or chord you can start a track with.

3. Ok let’s say you finished a track or you just open an old one with lots of audio and midi channels and loads of different plugins, one thing I’ve found can produce some interesting results is marking all of them and putting them one up or down from where they’re normally supposed to be. For example: the midi of track 24 (your bass) is now on 25 (strings) including all the plugins. Now you hear your bass with the EFX of your strings and so on. I bet it’s a chaos now because all channels are on the ‘wrong’ channels but maybe there is one little melody, effect, atmosphere or whatever you can use to start a new track.

4. If this still doesn’t help you to get creative then leave it. It will not be getting better, it will get worse and you will become frustrated. Just take a break, have a walk, eat something, get inspired somewhere and come back after a while. Still not working? Just go home.

You can listen to Matthias’ new collaboration ‘Love Letters from Sicily’ with Ryan Davis here, and buy it on Beatport here.