Mathame’s Journey: From Mount Etna to the Afterlife 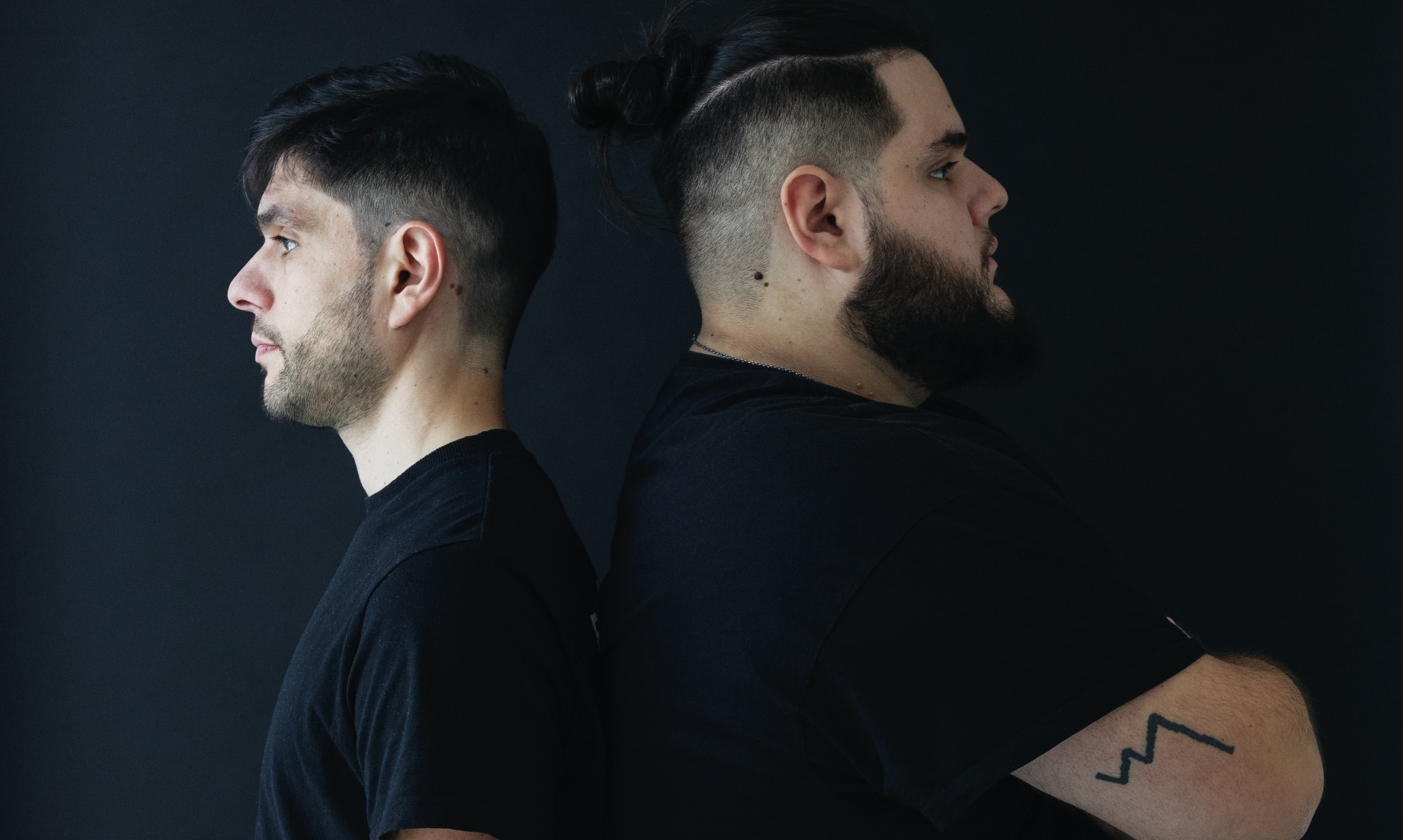 Mathame’s Journey: From Mount Etna to the Afterlife

Mathame’s journey has been a long one, and one filled with hard work. Amedeo and Matteo Giovanelli are Mathame, the brotherly pair who have slowly but surely risen up through the melodic techno ranks.

The duo who say they grew up on Mount Etna, are back on Afterlife, the label that has been their home for years now.  There is no doubt that Mathame’s journey has landed them where they belong, an imprint that is truly a fitting place for their moody, emotive techno sounds, sitting perfectly at home next to the works of the bosses, Tale of Us. They have a busy summer ahead with gigs at fabric in London, Awakenings Festival, Off Week in Barcelona and much more.

As their latest record ‘For Every Forever’  drops on Afterlife, we sat down to talk about how they got to where they are now, and to learn more about Mathame’s journey.

Tell us what’s got you excited recently?

Oh my god, difficult question. We can say that we are very excited for two things – the birth of our first studio, which we prefer to be a headquarters, and for the imminent release of something we worked on for a year.

What was it like growing up by Mount Etna?

Let’s say we didn’t really grow up there – it’s a complicated story. We grew up in Bergamo, in 2012 my family decided to totally change their life and dedicate themselves to nature, to hospitality, so they bought this crazy place, inside a forest, a truly mystical thing, with guest rooms and a lot of land. So we moved and worked on the business for 5 years. They have been very intense years so that it is difficult to describe them in a few lines, but it is there that we developed the first embryos of our project.

Tell us about the radio station you grew up listening to? What was it like, what did it play?

Actually we weren’t both born when the radio was active, in the early ’80s. For 4 years the radio had been one of the most important radios in northern Italy and my parents broadcast what mainstream radio didn’t do, so all rock, the metal, the prog, the experiments, the electronics. When Matteo was born they sold most of the gear and instruments but kept many things at home, including thousands of cassettes and vinyl records, as well as reels, mixers and turntables. You can understand that for Matteo it was the toy room, it allowed us both to have a taste and a musical culture certainly above average from the beginning.

Matteo – what is your spiritual sound all about?

Spiritual is something that has perhaps been misinterpreted. I mean that in my opinion music at certain moments reveals a magic that goes beyond the physical plane, which however remains its primary means. Do you understand? I am interested in understanding and replicating this, in the most unique and simple way possible. Because I believe it is a drug, and we all need it, in the morning, on the subway with headphones.

“Where there is danger there is also growing hope.” F.Holderlin. Why do you like this quote?

We could write a book about this quote but I will stay just to contextualize it. What I like is the image that creates me when I read it ..basically means that where there is danger, there is at the same time what “saves”. It can have different readings but the thing I like most is the constant feeling of balance that transmits, almost perfect, between finite and infinite, between power and (what saves) and death (danger), which is a bit the heart of our music: love and violence, our themes. 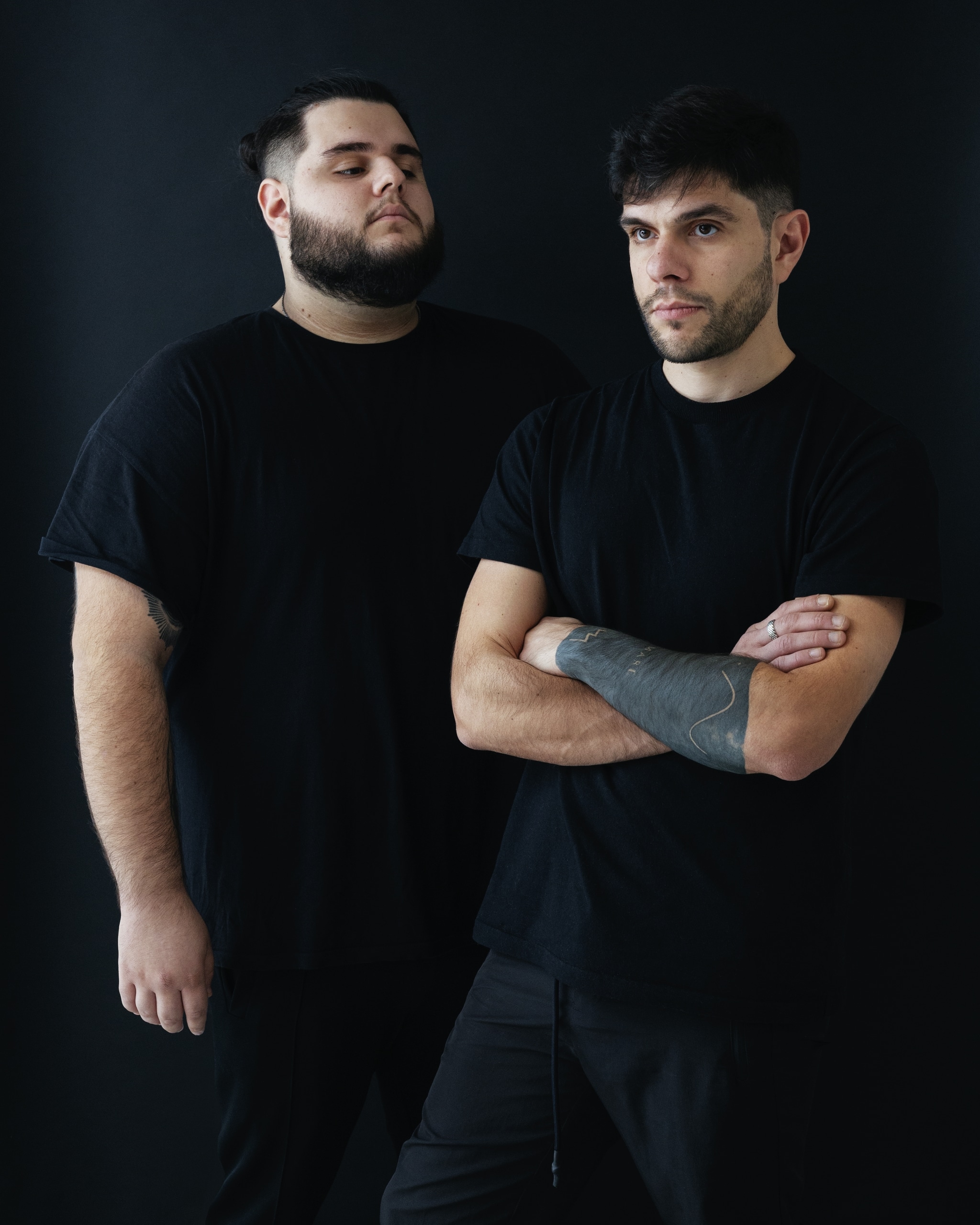 Being Italian, is there a certain sound and style to your music that stands it apart?

Surely being Italian means being extremely melodramatic, tragicomic. An Italian is a very intelligent person who cries and laughs at the same time, who celebrates with problems. This type of vein is transmitted exactly in the type of music we make because for example we were able to take the melancholy, the drama of the soundtracks, the epic of the orchestras and we translated it into a dance, in a playful context of pleasure.

How have you evolved since you first started out – has your sound changed and adapted?

I would say that our sound has not adapted, rather it has evolved. We are trying very hard to develop further, and always find new ways, which is not easy at all to find. Sometimes we feel very discouraged because everything seems already done, already felt. But we don’t give up, and sometimes the light comes, and when it comes you feel it immediately. In summary, we started from a context and now we are creating our story, our environment, our sound and the thing that pleases us most is that we have a lot of guys who follow us and who emulate us, it means that we are on the right track: I really like this social connection with the new generations, it is full of positivity and exchange of ideas.

What was the last record you bought and why?

The last record we bought is Love in the Lexapro days of Oneothrix Point Never. For us, it is undoubtedly the best producer in circulation. The cover is beautiful and we think he’s one of those artists at least 5 or 6 years ahead of all the rest.

This year I believe that everything will change for the better, we are thinking of a clothing line, because we have always liked the idea and I think that if we had not done this in life we ​​would most likely have condensed our passion for cinema with fashion. As for music, get ready for a new release, very big and many remixes throughout 2020.

Mathame’s “For Every Forever” is out now via Afterlife