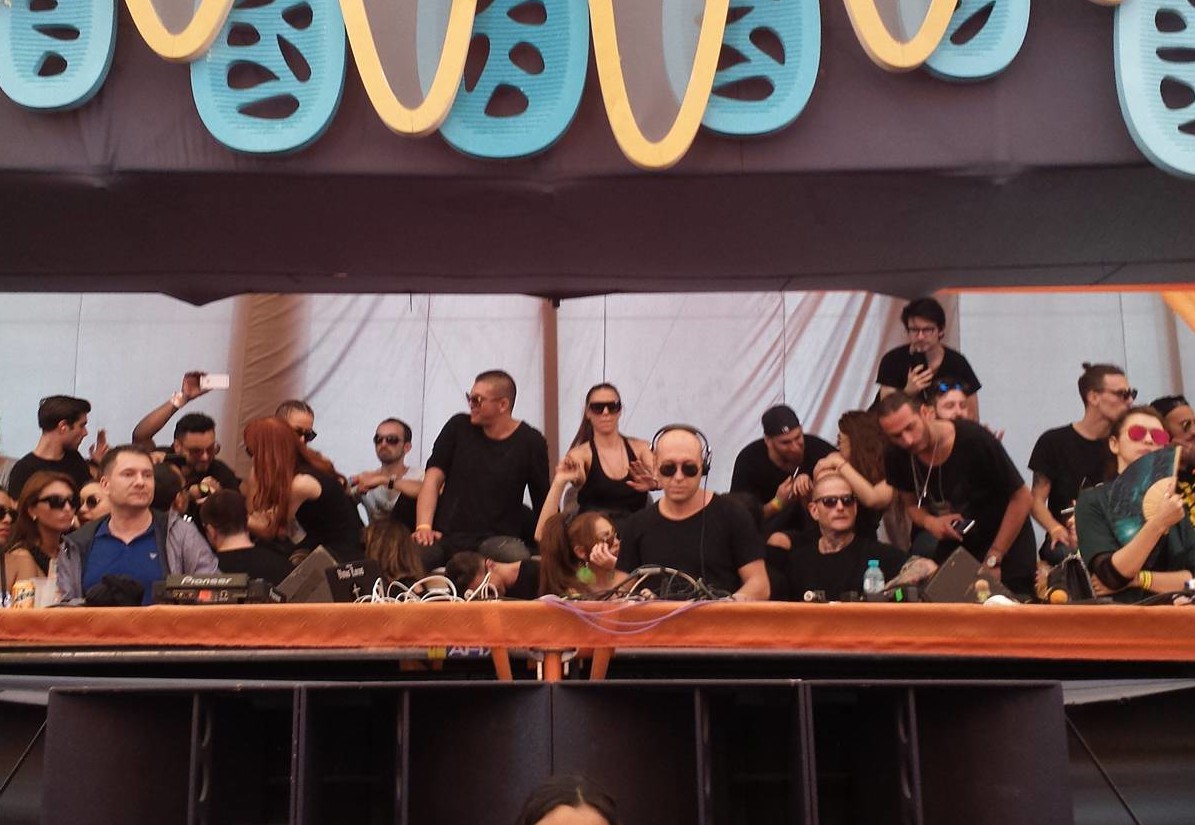 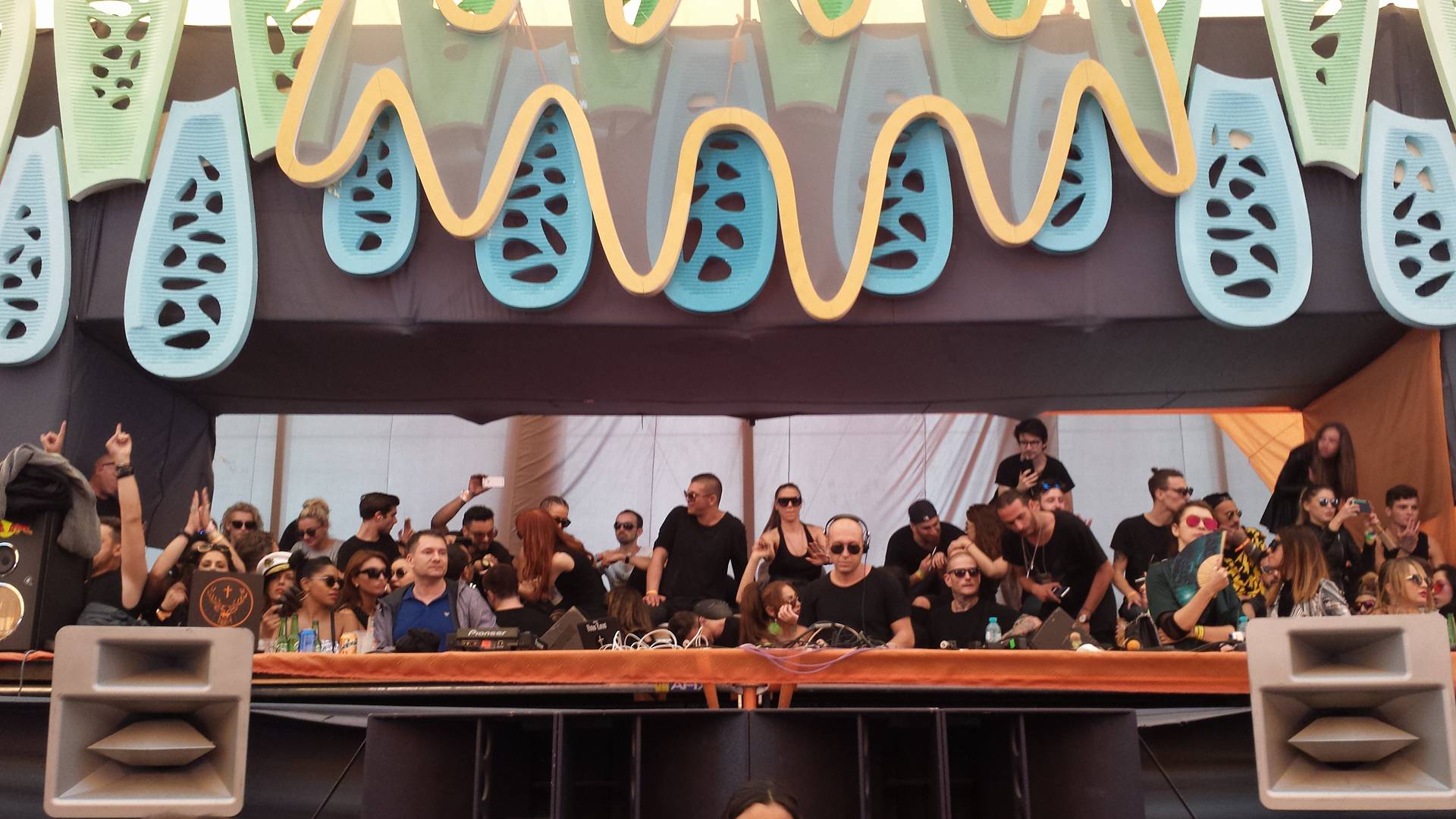 UPDATE: As of 9:30pm local time on the last day of Sunwaves (May 2nd), tINI and Bill Patrick outdid Carola with a back-to-back set that well topped 24 hours!

Last year Music On chief Marco Carola made world headlines when he played a 24 hour set at Sunwaves in Romania. Pictures made the rounds showing the Italian techno don sitting down while DJing at some point during the 24 hours.

Several tweets and Facebook posts are now confirming that Marco Carola has been playing for over 20 hours, and counting! It is extremely possible that he is going for breaking his own record established last year. 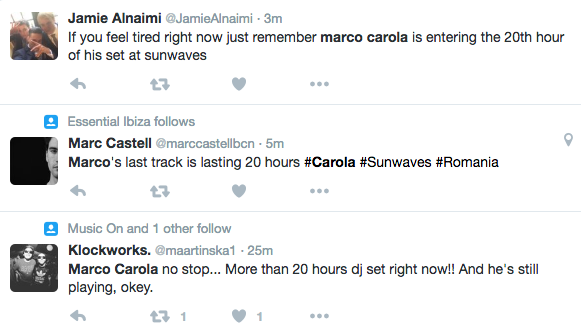 While Sunwaves is considered the festival destination where marathon 16 hour sets are considered the norm, nearing 24 hours is quite the feat and if anyone was bound to do it this year, it was going to be Carola himself attempting to outdo himself.

According to nightlife videographer LUCA DEA, Carola ended up playing for about 21 hours in total. He suffered some technical issues at some point which resulted in the music being cut off and time off his set being shaved off.