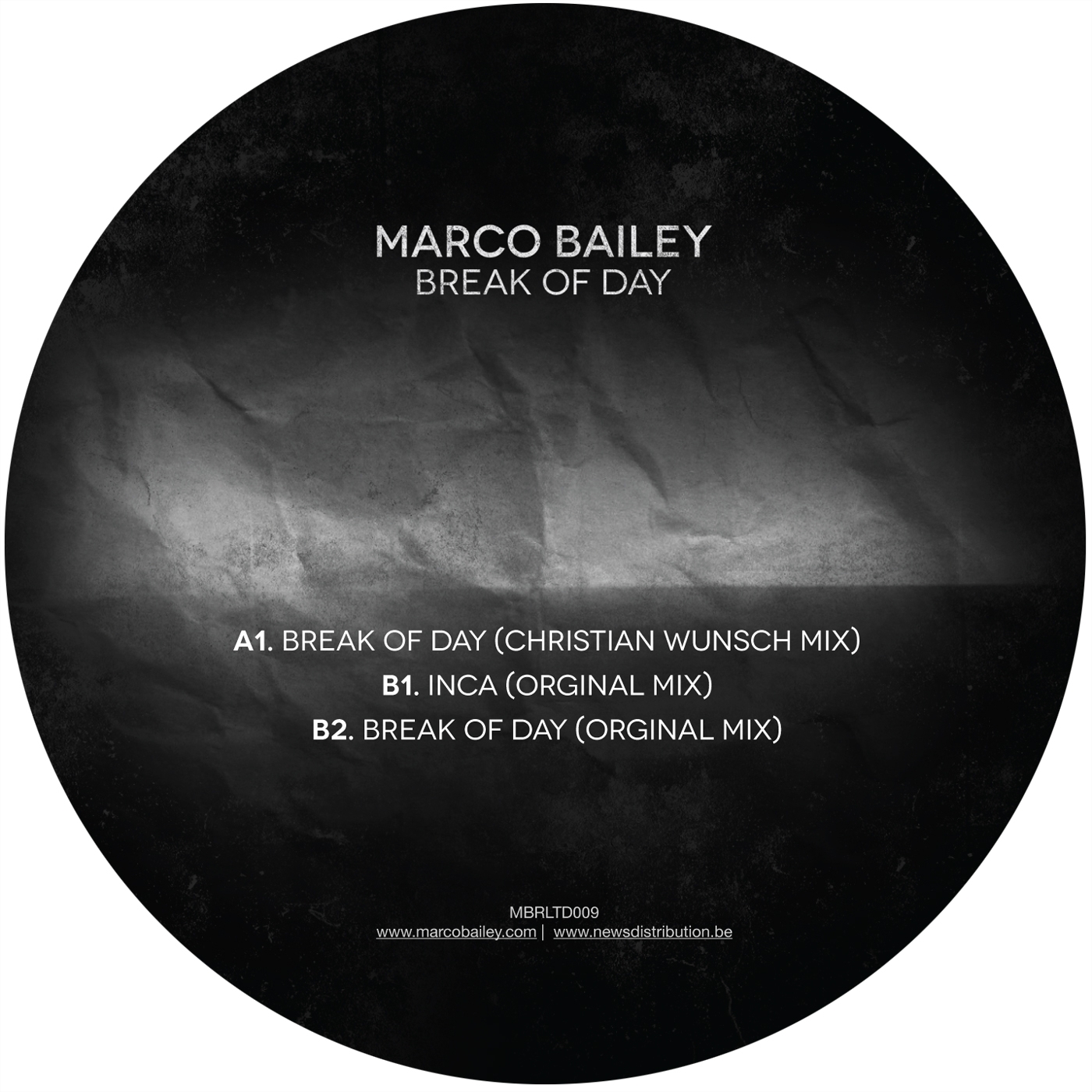 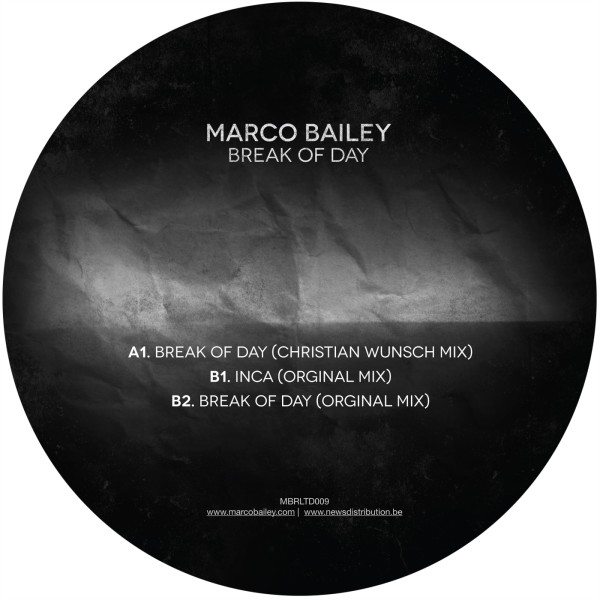 There are very few people who stand the test of time with their music and passion. It takes absolute courage, doggedness, and drive to reach the levels of where this man has reached. Belgium producer, Marco Bailey, and his music have touched just about every corner of the planet. I speak with conviction when I can guarantee his music has been played at any late night techno club you’ve hit the dance floor on. His new EP Break of Day displays his maestro capabilities, portraying an abstract array of minimalistic yet powerful sounding techno.

The EP includes two original tracks, and one remix by Christian Wunsch. Break of Day has a fantastic type of cerebral effect to it. It’s lower spectrum rests on disorienting and clashing bass frequencies, while the added layer of percussion and high hats drive the track rigorously through a field of abstract industrial sounding effects and rhythmic ornaments.

Christian Wunschs remix of Break of Day carries with it that very same strong techno sound of the original track. This track transcends throughout its fazes with a synth layer that rolls up and down through the entire track, teasing us at the climaxes with a very high filtered sound. Rather than a rolling type of groove like the original song, Christian decides to make it a kick only track, giving its lower frequencies a heavy artillery sort of pulsation rather than a defined bass line groove. Finally, the track Inca provides the crown to this great EP. This song represents everything good about techno music: immaculate subtly, unexpected drops, and hypnotic atmospheres. Rather than speak about the track, I really encourage a purchase of the Break of Day to here it. Words can only say so much, it is definitely a track you want to feel.

Marco Bailey is a consistent producer who releases regularly so if you enjoy his sound, check out his very own MB Elektronics for that signature sounding Belgium techno. Catch Break of Day  released January 15th on MBR Limited at Beatport.