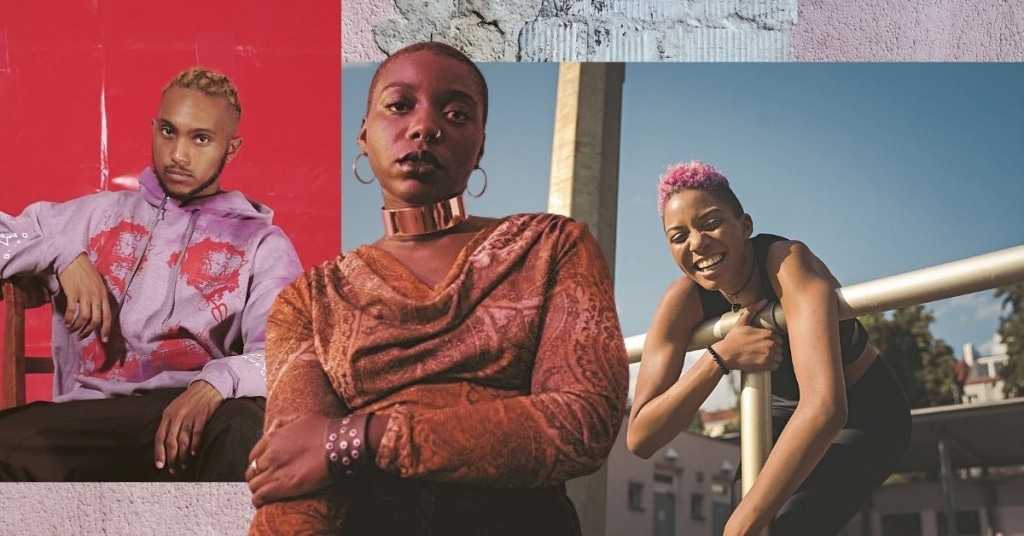 February is Black History Month, and it’s a special time to celebrate essential black voices whose impact is felt on and off the dance floor. The house and techno music of today originated in Chicago and Detroit through the efforts of Black trailblazers. Since then the electronic music scene has taken off. House and techno music is found around the world, and it has evolved to encompass many sub-genres. Listen to these five Black electronic artists who continue to push boundaries and make waves like the pioneers before them.

LSDXOXO is an artist from Philadelphia who made a name for himself in New York City as a DJ and producer, quickly becoming an essential figure at GHE20GOTH1K. He’s known for destroying dance floors across the underground club scene with his energetic DJ sets, amassing attention for the way that he manipulates mainstream sounds by craftily layering pop tracks and vocal samples between Baltimore club, ghetto house, hardcore, electro and techno. Now residing in Berlin and running his own club night Floorgasm, LSDXOXO is synonymous with the new wave of techno artists reclaiming Black queer spaces and injecting fun and camp into the genre.

SPELLING, Chrystia “Tia” Cabral, is an American experimental pop musician based in the Bay Area. SPELLLING released her first full-length Pantheon of Me in September 2017. The album was self-written, performed, and produced in her apartment in Berkeley, California. Cabral began experimenting with music production in 2015 in an effort to carry on the creative legacy of a lost loved one. Drawing heavily from messages in her dreams, her sound spirals through clarity and obscurity searching through landscapes of psychic space.

DJ Holographic is a one-woman funk machine born and raised in Detroit. Her mission is to serve up a mix of musical cuisine that combines House, passionate R&B, Hip Hop, unreserved Disco, true Detroit Techno, and Motown. Having spent the past few years traveling the world and playing for crowds in Berlin, London, New York, Chicago, San Francisco, and Los Angeles, she has thrilled crowds on hallowed dance floors at Smart Bar, Panorama Bar, Output, and beyond.

DJ Holographic · Faith In My Cup

Akua is emerging from Brooklyn’s vanguard of boundary pushing artists. The artist has proved she’s not afraid to redefine techno on her own terms. The Ghanaian-American DJ has cultivated a sound that reflects her passion for research and re-contextualization, as she infuses old-school tracks and techniques with a vision for the dance floors of the future. The Discwoman has taken her sound to packed dance floors in cities across North America, and in 2019 she hopped across the pond to present her hyper-charged selections to European crowds with debuts on the Boiler Room Utrecht, Saule and De School.

Jasmine Infiniti is a non-binary, trans person of color artist and DJ who was born and raised in the Bronx and now resides in the Bay. They are an integral part of the New York vogue house scene. The artist’s DJ sets often feature techno mixed with ballroom, hard style and gabber.