It’s a MadHouse in LA with Eddie Portillo and D.Zeledon 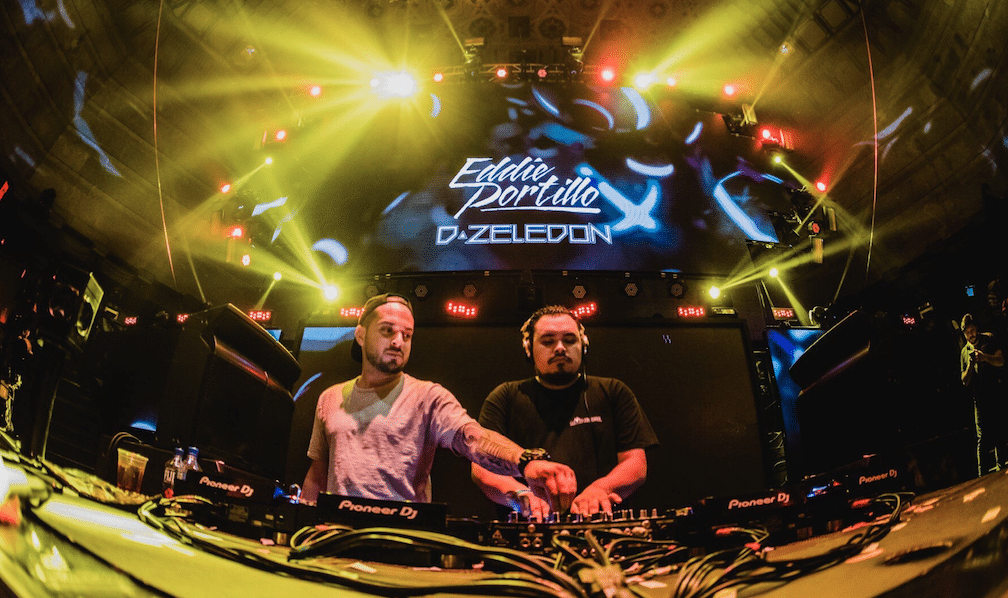 It’s a MadHouse in LA with Eddie Portillo and D.Zeledon

The house and techno scene in LA doesn’t seem to be slowing down one bit as we peak into Summer season with endless parties from your classic pool and rooftop vibes, to clubs and into the sweaty warehouses that’s recently exploded in the late night music scene. LA has certainly gone MAD….for house & techno at least! One collective currently pushing the madness is none other than the Madhouse DJs, locally brewed in LA roughly two years, the group features Eddie Portillo, Diego aka D.Zeledon, Mario B., DJ Maxo, Shaun Cruda, and Forward all of whom are known to circulate the local LA club and underground circuits where they share knowledge and taste for house, techno, and everything in between.

We recently had a chance to catch up with two of the members, Eddie and Diego, to discuss their summer and hear their side of things as we quickly approach into Fall and rest of the year.

Hey guys how it’s going? Let’s get straight into it, how was Madhouse DJs formed? Tell us your story.

Eddie: Summer 2016 was a good summer in my career. I had broken the barrier of having to book myself in exchange for selling bottle service and I was finally being booked for direct support and headline sets at some small clubs and bars. When I wasn’t DJing, I would go out to shows to support other local talents. I thought to myself “maybe these guys are doing the same thing I had to do to get by.” It was then I decided to create Madhouse DJs LA as a DJ collective of local talent that I would help give them the exposure I had worked hard to earn. First on board was Julian Anthony. Then it was D.Zeledon and Mario.B who used to play back to back, then Maxo and Jay Torres. With time, the roster has changed with a couple guys doing their own thing and I also started a technology division with Shaun Cruda and now my only duo, Forward. I couldn’t be more proud of all the effort every single one of my DJs is putting in. We’re almost all now on Beatport with releases, some of us have international gigs booked this year, and some have had their first out of state gigs this year as well. Our Mission Statement reads:

Here at MadHouse we strive to bring you (the audience) a well-curated assortment of music that all has an undertone of House Music. Our artists range on style from tribal to tech from tech to minimal from minimal to techno. We pride our selves of respect, professionalism, and performance. Here At MadHouse we are anything but Mad. In fact, we are happy to have the opportunity to share the music we love with you. 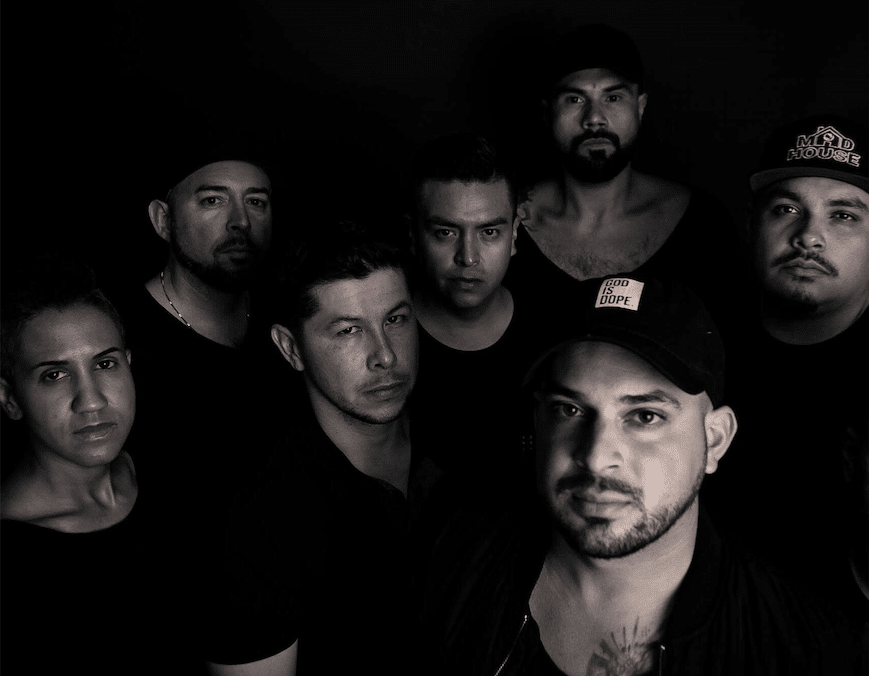 To date, how many events have you all collectively performed, promoted, and produced?

Eddie: We’ve had a few monthly residencies. Our first was at Kitsch bar in Costa Mesa OC every first Friday of the month. That was fun. We had a lot of DJs from big labels and different cities. Starting August 2017, we took over Pattern Bar on a Thursday and that resulted in a monthly residency. We celebrated out one-year anniversary party there. Miami Music Week 2017 we had our own show at Oceans Ten in collaboration with Fly Entertainment from Las Vegas run by DJ Flow Fly and international house DJ Chris Garcia. November 2016 and January 2017 we did a warehouse party series with Bassline LA known as Made In LA. Those two parties were extremely successful and we haven’ done another warehouse party since so we’re really looking forward to collaborating with 6AM to bring Rafa Barrios and our supporters to a warehouse for his Los Angeles Debut

What are some of your favorite moments during your events?

Eddie: For me, at every event, I take a moment to thank God and I look around to all the faces of people dancing, laughing, and not giving a care in the world. That’s what music does for me. It’s an escape that literally ANYone can relate to. And then I look at my team. I see them networking and interacting with the crowd. I love what we all represent.

Diego: One of my favorite moments during an event was when I got to debut at Exchange LA. Eddie and I went b2b and we had no idea we were going to end up playing in the Main Stage. I got asked by Vairon (promotions manager at Exchange LA) to close out for Shiba San after we were done in the gallery. Seeing Shiba stay for a couple transitions and check out some of the set really got me happy. Another one is playing on my birthday in front of all my friends alongside Chris Garcia in Hollywood. Birthday shows always are fun, especially in your hometown..

What are your thoughts on the current event landscape of Electronic Music specifically towards the Tech-House, Deep-House, and Techno scene?

Eddie: I believe that in any industry the trends are forever changing. All it takes is one guy to lead and a million to follow. The best we can do is worry about ourselves and what we represent. As long as we don’t change our intentions and the reasons we do this, then the landscape can change all it wants. Our house will stay the same.

Diego: I think Tech-House, Deep-House, and Techno are at its highest peak right now in LA. Tech House is everywhere in LA, its definitely getting a lot of recognition by the people. Techno is definitely something HUGE in LA at the moment, all these European DJs are something special to see. It’s awesome to see names like Perc, Speedy J, Webbah, some to name, be in LA and throw some amazing sets. LA is spoiled to say. We get some quality and rare artist, so happy to witness great acts.

What are some current artists you’re feeling these days as far as production goes?

Eddie: Dennis Cruz, for me, right now, is an absolute genius. I respect his craft so much. He’s really influenced my style and I look up to him and respect him a lot. Always a great human being when I run into him and he’s just as humble as the first time I met him at Federal Bar in Long Beach. Aside from him, I’ve been eying Classmatic, Solardo, Melé I’ve followed for a long time, and my mentors, Sunnery James and Ryan Marciano.

Diego: Some of the artists that I’ve been feeling at the moment on the production side are Guille Placencia, and George Privatti, these two are killing the charts. Their record label is something that I look forward to when they release new music. Others to name are Wade, Aaran D, Michael Bibi, Rendher, Fhaken, and Wayne Madiedo, these producers are some that I really get hyped to hear new music from. 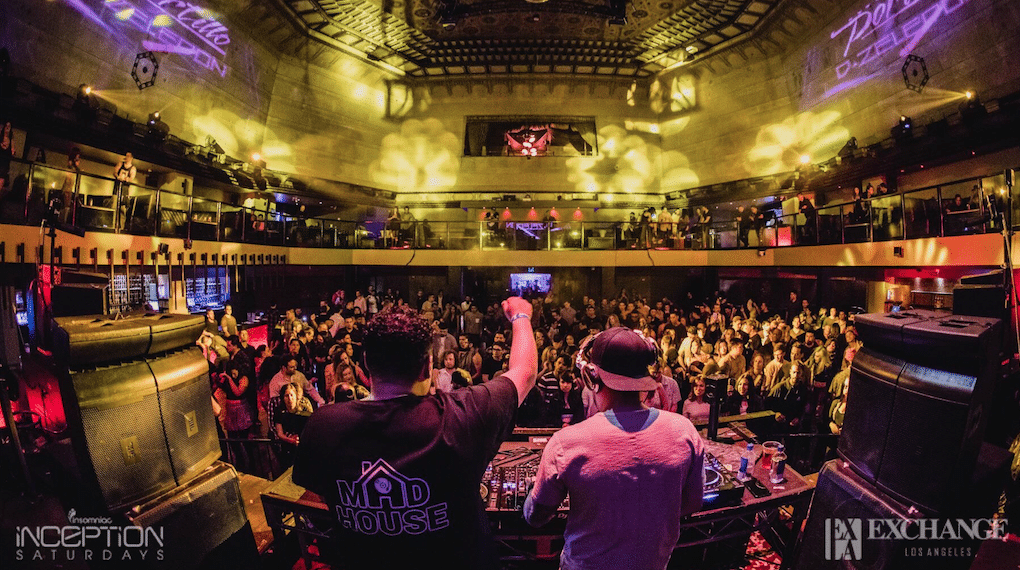 What can we expect from Madhouse DJs rest of the Summer?

Eddie: We have our 2-year anniversary party coming up on September 15th at Station 1640 in Hollywood. I have two shows in Maui coming up at the end of August and will be having my Europe debut during ADE. I will also be DJing in London on my way back from Amsterdam.

On the music side, Maxo has just released his freshman EP titled Transitions on Destroy Records.

Mario.B! has been signed to Minimal Sessions for his first track ever official released. Expecting that to be released sometime in September. Also another pending release on Fervence Records.

D.Zeledon and Shaun Cruda have finalized an EP that is being shopped at the moment. That release will be HOT!

Forward recently released a remix for a track called Mimic on SLC6 records.

We’ve all been, still are, and plan to keep making moves to share our love, appreciation, and creativity for House Music whether it’s thru production or DJing.

Name 3 tracks currently on rotation during your gigs (spill some beans!)

Catch Eddie and Diego on August 18th in LA as we welcome Rafa Barrios for a night of warehouse shenanigans. More info click here 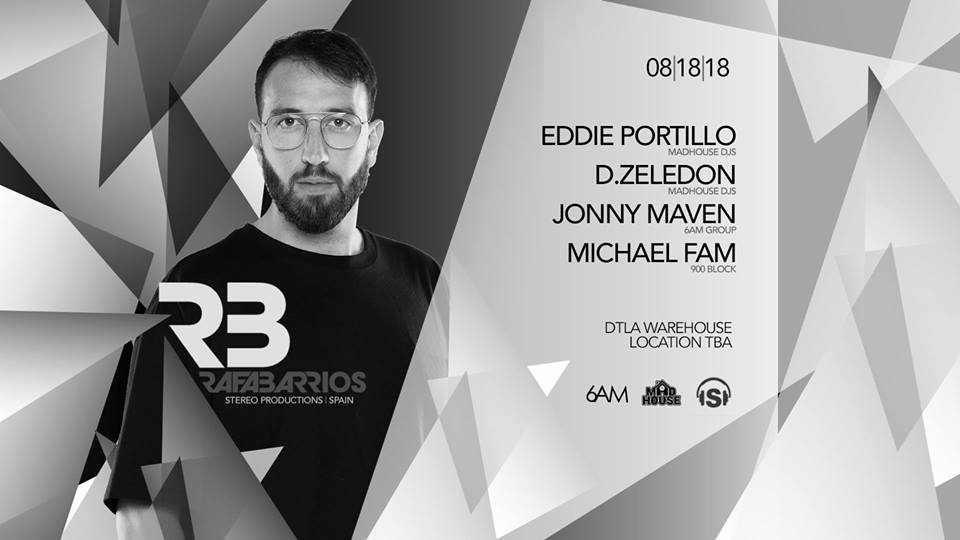