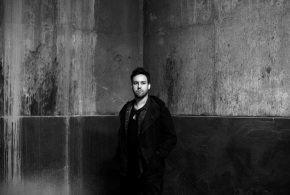 Maceo Plex aka Maetrik, just announced that he will be releasing his last and final chapter of the  Conjure series:  Conjure Infinity.  Leading up to this EP, Maceo Plex has taken us on a journey through Conjure One, Conjure Two, and also Conjure Superstar.  The Conjure series have been released so far on labels like Ellum, Minus, and Kompakt.  However, the final EP is set to release on Dec. 15th, 2014 on Adam Beyer’s epic techno label, Drumcode.  Without a doubt, we can expect some quality, bangin, face melting, techno from Maceo Plex.  What’s your favorite Conjure release?

Check out the links below for a few clips from the upcoming EP on his Soundcloud page: