Lupe: 5 Dutch Producers Who Have Influenced My Career 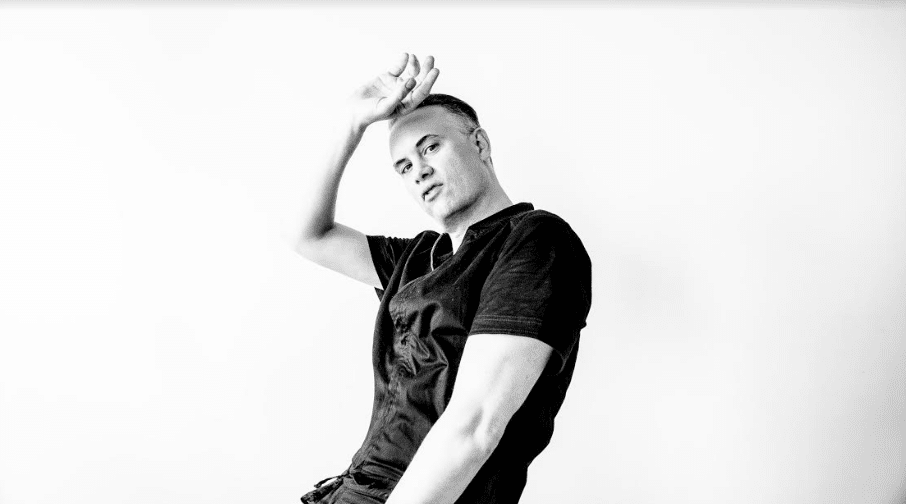 Lupe: 5 Dutch Producers Who Have Influenced My Career

From a DJ perspective, Lupe has played at practically every major Dutch venue and festivals, not least Trouw, Paradiso, Studio 80, 5DaysOff, Mysteryland, NOW&WOW, Dance Valley, ID&T’s Inner City, Shelter and even Madonna’s Sticky & Sweet Tour after-party at Heineken Music Hall. Clearly someone who is well qualified to talk about the scene in his native Amsterdam, we asked him to pick out 5 Dutch producers who’ve massively influenced him over the years, just as his latest release, the exceptional ‘The Prince & The Pilgrim’ dropped on Shaun J Wright & Alinka’s much-respected Twirl label.

Definitely a man who’s set for a big 2019, here’s what he had to say when we checked in with him recently to discuss 5 Dutch producers who have influenced his career.

The name is already inspiring to me with its sci-fi-fantasy-new age-druid associations that it evokes. I guess deejays are like technological shamen or druids, concocting a danceable brew to induce mind-altering situations… I have 4 of their records of which the track Ensnared on Psychick Rhythms Vol. 1 is the one that I keep going back to the most.

I used this record a lot in a deejay course I did at the time to learn mixing with vinyl. They totally feed my obsession with rhythm patterns and their work raises questions like, are we all coming from one and the same tribe thousands of years ago? Is the proof of this to be found in the existence of one particular rhythm that all humans respond too unconsciously? Is this ultimate rhythm the mother of all of them? It seems to me that they are looking for this original rhythm.

One way of looking at producing dance music is as the exploring of rhythm patterns. The explorations become dance tracks of their own. They influenced me by making me feel free to explore the phenomenon of rhythm!

A music friend that I like to play back-to-back with on our LuProper shows on Red Light Radio. We have just started doing radio shows together. He also has his own fair share of Disco influence on his work, just like me and it is balanced evenly with house music for both of us.

San is more on the funk side, I am more on the Italo side. We organized parties in the past together called Italo Elite, so we kind of continue that energy now in the LuProper shows. He likes to use his voice too a lot, just like me and he is also into writing his own lyrics. A direct and current sparring partner for music making and deejaying too. He did the guitar on a disco track of mine, we should still release it. Before recording it he asked if I wanted it to be more like Nile or like Prince, I said Prince. San plays guitar very well!

Plastic Dreams on R&S records that is… the ultimate organ solo. It is like a voice that is telling you an epic story. It is simultaneously storytelling and jamming at the same time. I love long tracks that make you forget time while they take you higher. They are timeless, literally. This song itself is such a classic that it is an influence on its own. It influenced me to make the most out of one synthesizer instrument, to have it playfully make slight variations, that is okay to do little unexpected things in a track. It is also a great blueprint for building up tension and a track as a whole. Start with a cool intro
sound. Check out the movie Eden (2014, dir. Mia Hansen-Løve) in which it is used. I’d love to see more movies use this as a soundtrack to edit a long scene to.

Like many other Dutch children of the 80s, Ben provided an introduction to quality classic dance from both the 70s and 80s to me, from Italo to American dance, from acts like the SOS Band to European like Fun Fun in a really wide range. Dance music on mainstream radio became cool again then after that awful disco-sucks moment in history.

His year mix and weekly mini mix on national radio were mind-opening discoveries: different songs can continue after each other non-stop. Never heard that before!

The first time you hear a smooth transitional DJ mix it blows your mind. As a kid I heard it on national radio courtesy by Ben so he is probably the first producer and DJ ever to influence me simply by just introducing me to the world of deejaying when I was around 8 years old, way before going out to clubs and seeing and hearing DJs directly.

This remix of Fun Fun’s Happy Station is absolutely legendary and on the 12”vinyl from this super fun Dutch disco label called Injection, it segues perfectly into another song.

Always a sucker for a good less-is-more approach, that’s what I am. This music demonstrates that, especially on some of his early releases. The Rise EP on Plus 8 includes Something For Your Mind which is so much cheeky fun. The monologue of C’hantal’s The Realm provided that vocal sample and I love it too, I know it by heart. So there is a light more playful side at work here too, very important to stay in touch with that inner child for your happiness, I guess.

Then there is his other big early classic, Pullover, the honking of a car’s klaxon is the only melody. It shows how household or daily-life objects can be used to make music or inspire it. Quite a bit of teasing is going on so it is up to the dj to not let it go on for too long and mix in a new record on time, just like Roman Flugel’s Geht’s Noch for example.

Lupe’s remix of VONDA7’s ‘Pure Intentions’ is out now. Buy/listen to that one here