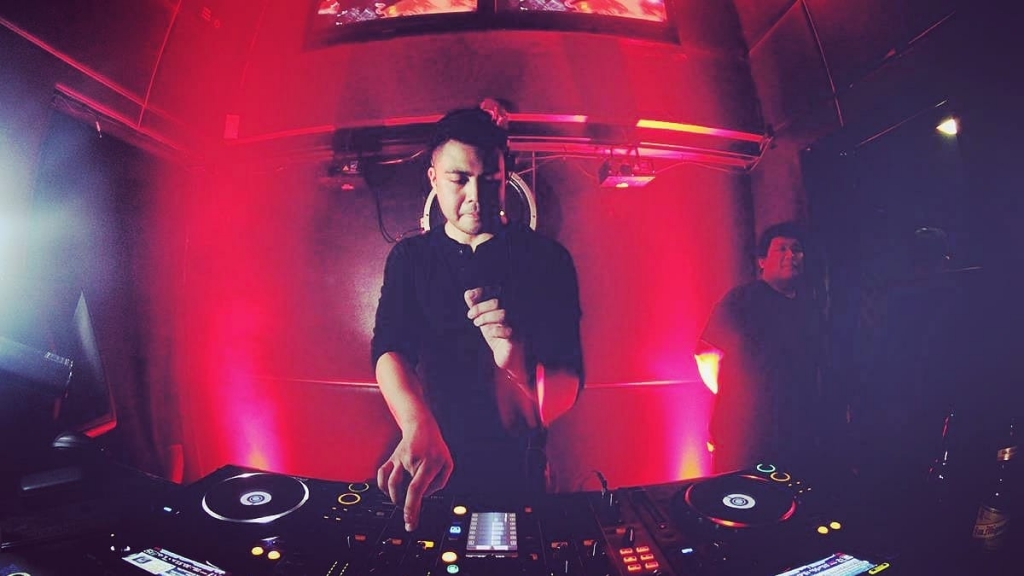 San Francisco-born and now Manila-based DJ and producer, Parnassvs debuts his new alter ego of darker techno as Luis del Carmen. His style of music can be best described as dark, cinematic melodies combined with the beauty of dark tension and aggression found in techno. Under a different alias, Luis has upcoming and released tracks on labels such as IAMT, Numen, Techburst Records, Blackhole Records and Eclipse.  Armed with a new arsenal of tracks and musical direction, Luis del Carmen proudly revamps his sound and brings forth a new spirit with his name with his second EP under the new moniker entitled Bellicose/Saracenic on Techburst Records.

Bellicose is a dark and hard-hitting path into the darker realms of techno. The sound is a bit violent, notably with darker synths and saturated basslines, focusing on percussion and driving bass. Saracenic evokes a cosmic techno sound with melodic bass pads while still retaining the darker drive. 6AM caught up with Luis del Carmen to chat about his new project, being an artist, and his forthcoming release.

Thanks for taking the time to sit down with 6AM. How have you been doing throughout the pandemic?

It’s been challenging actually. Trying to keep busy with music projects at the same time maintain financial stability.  Everything has been halted since the pandemic has started which really gave me a lot of thinking space to produce music.  It’s a good and bad thing I guess.

Given you have two aliases now, do you dedicate yourself full time to music or do you hold down another job? If you’re a full-time artist, how do you create discipline when there are no constraints, and if the latter, what does your creative workflow look like?

The pandemic really made me focus and forced me to create structure throughout my day.  It definitely made me more reliant on schedules and goals as well as meeting hard deadlines.  I was trained in the legal profession and was supposed to be a lawyer, so I’m used to quick deadlines and thinking ahead.

Both techno and trance have roots in the underground scene and need their own way of being nurtured.

Luis del Carmen/Parnassvs on his aliases.

I applied everything that came into it especially attention to detail and goal setting.  If I needed a track to be done by Monday, I would give myself two days and finish a final draft by Sunday. There are days [when] I’ll need to regenerate my creativity. On those days I’ll probably play video games, listen to other types of music or simply just write.

You’re regularly known as Parnassvs. What was the decision behind launching your new project Luis del Carmen? What are the key sonic differences between the projects?

The key decision to separating the two was mainly to focus on each genre as its own entity. I thought I could get away with it but in the long run, it’s better to put the time and respect each genre deserves. I say respect because I don’t simply want to make a hodgepodge alias that plays and represents everything and anything under the sun.

It’s also paying respect to the fans as well. I want to be able to create an identity with Luis del Carmen where people can know my sound within techno solely likewise with Parnassvs. Both techno and trance have roots in the underground scene and need their own way of being nurtured.

You’re now based in Manila in the Philippines. What’s the dance music scene like over there?

Manila is just like any urban city in Southeast Asia with a focus more on VIP bottle service and commercial dance music.  On the underground side, it definitely has its own culture and pockets of groups that represent other types of dance music. I’d say the communities within the underground scene here tend to be more close-knit and everyone knows each other.

Before the pandemic, we had at least three to four venues that played underground dance music from house, techno to more experimental and left-field sounds. Just in 2019 and 2020 alone, we managed to get international acts to play at one of our regular dance venues. Now we’re left scrambling trying to find out which bars are still standing and can accommodate guests without getting in trouble by the law.

The possibilities are endless, anything goes when it comes to music.  Knowing your tracks “work” on the dance floor—seeing people’s reactions, those moments are worth it.

For the love of music, Luis del Carmen is always on the prowl to find that musical gem.

Who are your biggest inspirations as an artist? Any other local Filipino artists with whom you collaborate?

I have a lot of artists I look up to especially the ones that can walk the walk, talk the talk.  Especially people like Umek, Markus Schulz, Steve Allen, Spartaque, Daniel Kandi, Ferry Corsten— too many names to mention.

The possibilities are endless, anything goes when it comes to music.  Knowing your tracks “work” on the dance floor—seeing people’s reactions, those moments are worth it.

If you could name one thing, what’s something you’re particularly proud of since starting this journey?

Knowing that my vision and creations have somehow made it and recognized by the right people.  It’s a humbling thing actually.

What are you most excited about this upcoming year?

Being able to travel.  Probably said by too many DJs and performers at this point. It’s about time we get up and start playing again.