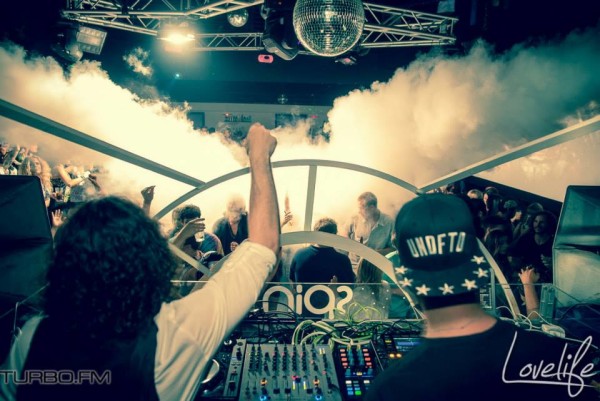 “I feel like we are always fighting the “good fight” against copycats, mainstream clubs and corporations parading as boutique brands, so I would say Luke Skywalker. Wish I had a Yoda though to guide me a bit more on how to defeat the dark side” – Jon Dadon

In a galaxy not so far away, a group of musical rebels are creating something very authentic and special. At the forefront of the underground electronic music scene in San Diego you will find Lovelife, a passionate and dedicated group of individuals collectively working towards their musical vision. What started as a group attempting to fill the void in their own scene has evolved into a major influencer of underground music in the San Diego region, and from the looks of it there’s no slowing down for Lovelife.

On July 11th the San Diego based crew will undergo their 64th event, Lovelife presents Episode XII: A New Boat. For their third annual Star Wars themed event they have secured the Hornblower Inspiration, a 1,000-person capacity charter yacht, with Stimming and Henry Saiz at the musical helm. Setting sail at 6:00 PM, the intergalactic attendees will enjoy several hours on the water with the beautiful downtown San Diego skyline and the warm atmosphere that is a standard for Lovelife events.

In preparation for the highly anticipated galactic voyage to San Diego we’ve caught up with Lovelife Co-Founder, Jon Dadon. See below for the interview as well as all the details for Lovelife presents Episode XII: A New Boat.

6AM Group: For starters, can you tell us a little about the history of Lovelife?

Jon Dadon: Lovelife was founded by Jimbo James and myself. We started the brand about four years ago and it was simply in response to the lack of underground events in San Diego. At first, we just wanted to bring the kind of talent that was filtering through LA, but over time, we found ourselves creating something totally different. After the first few events we decided to try out themes, and people just ate them up. We realized that by bringing our audience together over a theme, we were actually helping to solidify the vibe. The party was much more close knit because everyone was dressed up in something ridiculous. Anyways, since then, we’ve produced 63 Lovelife events and this Star Wars themed boat party will be the 64th.

What was the vision for Lovelife when you started it? Has the vision changed over time, or are things playing out as you had hoped?

One lesson I’ve learned is that nothing quite pans out as you plan in the nightlife industry. You can try your best to control trends or stay ahead of the game by bringing in the most cutting edge talent, but in the end, it’s all about being adaptable. The one thing that keeps a party alive is if people can truly feel the effort or the love you put into it. Our party survives and thrives because people know how much love we put into our events.

Now that summer is on the horizon we’re seeing more and more interesting events pop up, such as the Lovelife Boat Party in San Diego this July. What inspired Lovelife to host the boat party?

Every year, we do a Star Wars themed event, and this year, we just decided to up the ante and go as big as we could. We chose Comic Con weekend for our event because the city would be filled with an audience that loves Star Wars (not to mention the fact that the new Star Wars film will be coming out this year and will undoubtedly be a focus of Comic Con). This theme is always one of our most fun parties. We (Jimbo and I) had always talked about doing an event on the biggest charter yacht in San Diego, but we were always nervous because it was so big. But when we found out that we could actually fit everyone on the roof of the boat, rather than splitting the audience between the three event space floors, we decided to take the leap and give it a shot. I really think this is going to be one of the best parties that San Diego has ever seen.

How many boat parties has Lovelife hosted?

We’ve done a handful of boat parties so far. Past events include Lee Burridge, Andhim, and a collab with the Do Lab/Woogie Team.

Are you using the same boat as previous times? 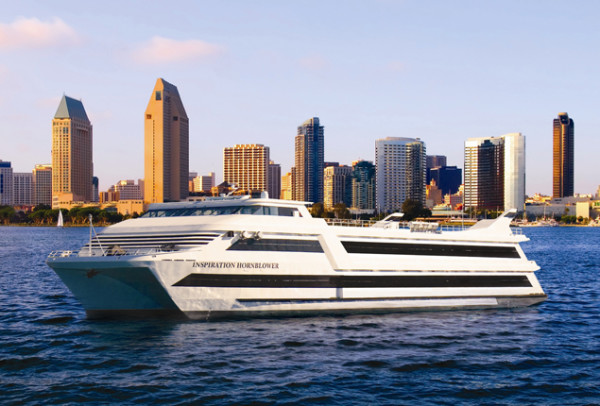 This is a totally new boat. It has double the capacity of the other boat we have used. It’s called the Inspiration Hornblower – a 1,000 person capacity charter yacht.

How were the previous boat parties? Are you making any significant changes for the upcoming one in July?

This event will take place on a totally flat rooftop space aboard the new vessel. The previous yacht events have all been indoors with a rooftop relief area that was not able to host a stage on. The past events were amazing, but this one is going to be one for the books. 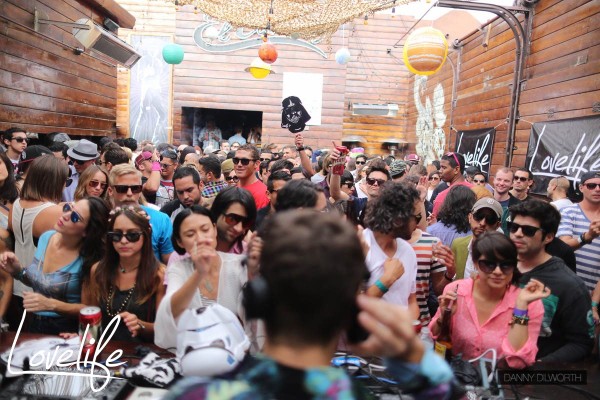 Generally, events like this have a great atmosphere because of the more intimate space. 1,000 people capacity is pretty large though for a boat! That’s a bigger capacity than some clubs.

We are bringing in festival size sound, with an amazing sound and lighting team to perfect the arrangement. It’s going to be quite a production. 1,000 is a lot of people, but given the right space, the right setting, the right music and the right production team, the capacity will be perfect for the event.

Fucking love Star Wars. I feel like if someone says they don’t like Star Wars, they either haven’t seen it, or they were deprived of it as a kid.

Do you have a favorite film of the series?

I love all the originals. The originals without any of the graphic enhancements. Watching them as a series is the way to go.

Out of all the Star Wars characters, who do you think would be the best DJ of them all?

There’s certainly a lot of fashion parallels in Star Wars and the underground house and techno scene… so maybe Darth Vader? I am a fan of all the good guys though, so let’s just say Han Solo would be the best DJ.

If you could see a back-to-back with two Star Wars characters who would it be? 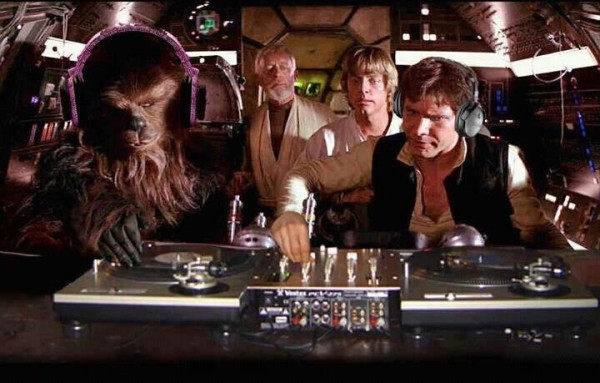 Which character can you best relate to?

I feel like we are always fighting the “good fight” against copycats, mainstream clubs and corporations parading as boutique brands, so I would say Luke Skywalker. Wish I had a Yoda though to guide me a bit more on how to defeat the dark side.

There’s something special about being out on the water away from everything. What’s your favorite aspect of a boat party?

The best part of the boat party will be the sun setting over the water. As the sun sets, the lighting will come to life in the skyline of San Diego and on the boat itself. It’s going to be magic.

For you, what’s the perfect track for sunset on the water?

Stimming and Henry Saiz are two incredibly talented artists, and have a great range of sound. Do you know what gear Stimming will be bringing onto the boat? If so, can you tell us a little about the set-up?

I don’t have his full rider yet, but I do know he will be using a Moog Voyager. It’s going to be something special!

Episode XII: A New Boat is shaping up to be a major highlight for Lovelife and the city of San Diego in general. With an unparalleled level of sincerity and dedication to the scene, Lovelife’s events succeed in bringing people together through music. And for those looking to continue the intergalactic festivities there will be a special after party at Spin Nightclub with futuristic beats from none other than John Tejada. There’s now one more thing to look forward to come Comic Con weekend in San Diego. Space is limited and tickets are already in the fourth tier, so grab your tickets and a costume, and prepare for the premier boat party of the summer. We’ll see you there 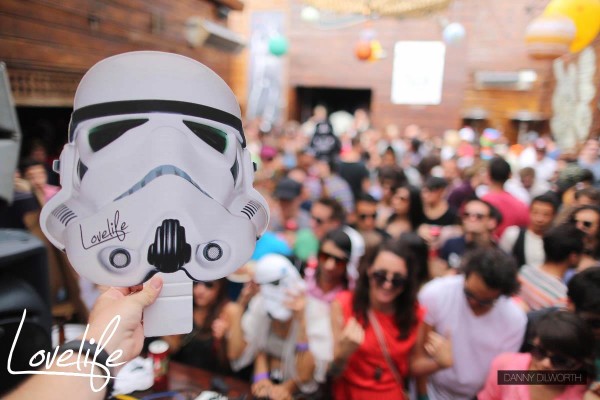 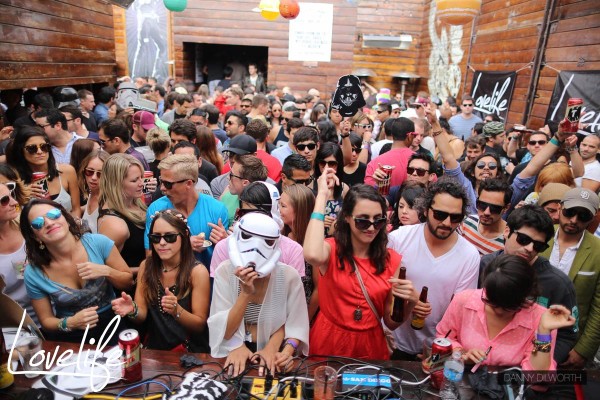 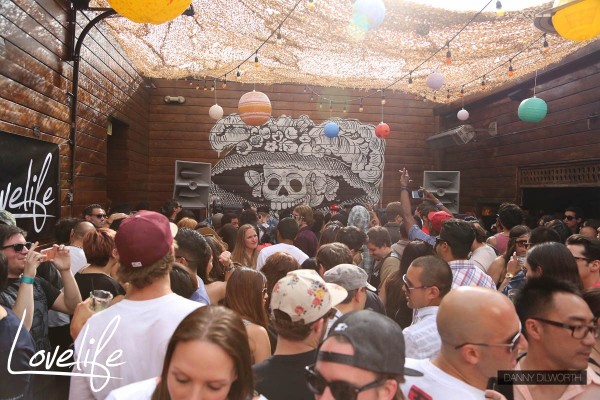 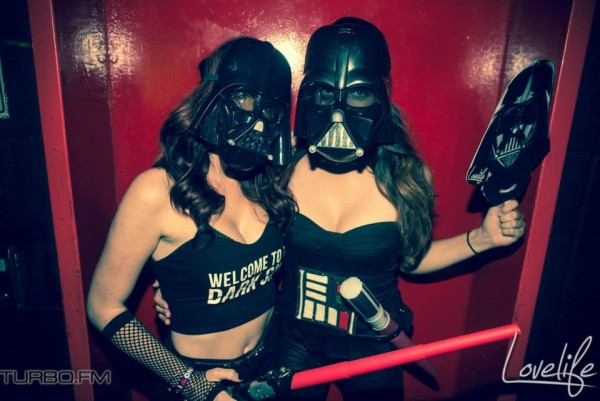 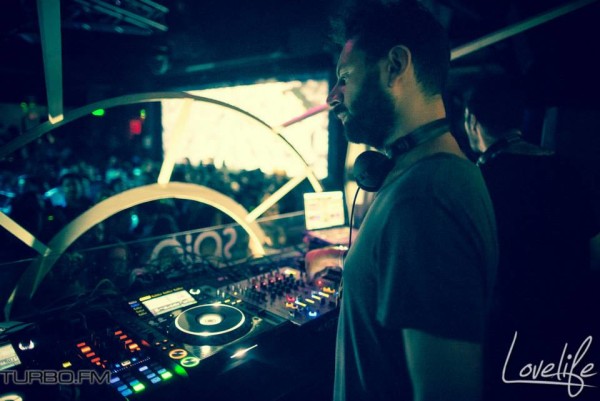 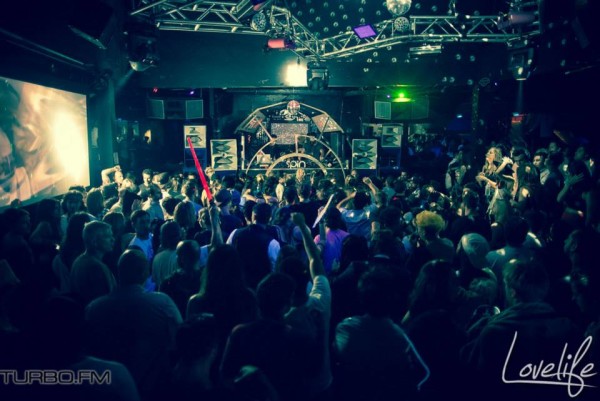 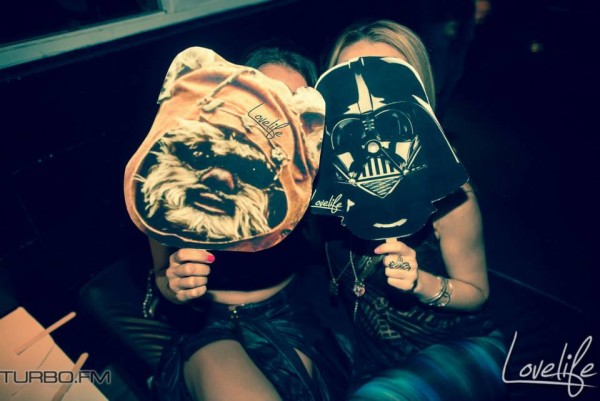