Falling in Love with the Journey is Success in Itself, Jelani’s Tips & Musical Ambitions 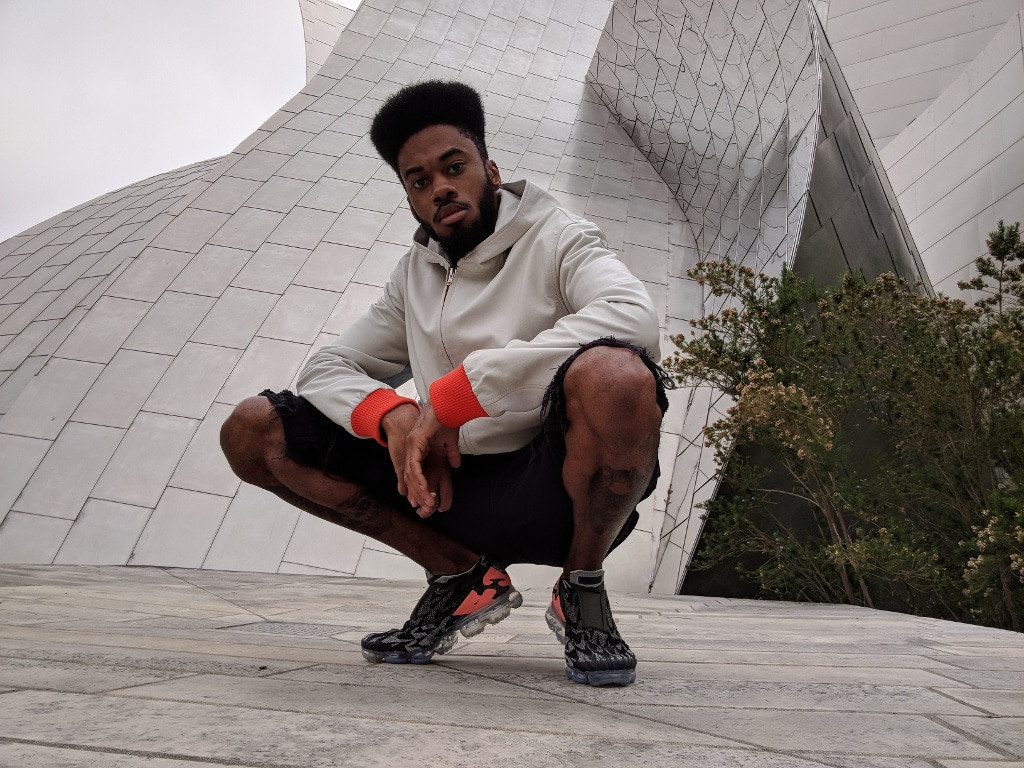 Falling in Love with the Journey is Success in Itself, Jelani’s Tips & Musical Ambitions

Jelani’s love affair with music started at home and transferred to the dance floor. Taking advantage of his local resources, Jelani learned early on the importance of supporting the community to open doors. As his love turned into a passion, Jelani started turning his hobby into a serious pursuit. He’s learned that as it’s important to land a “big break” success comes in many forms. Don’t forget to enjoy the process of music-making. The Angeleno talks about his first introduction to electronic music as well as how giving helps create relationships.

Before diving into your artist journey, how do you feel about U Street Music Hall permanently closing its doors?

That’s a really emotional thing that I’m still processing. U Street Music Hall was my introduction into this world, and it was almost a second home for me. I started working for one of the owners of the club, Jesse Tittsworth after emailing him for an apprenticeship when I was 16 or 17. I was lucky enough to get in contact with him a year into opening the U Street Music Hall doors and he needed the help balancing being a touring DJ, record producer, label owner, and nightclub owner at the same time. I was eventually granted unlimited free entry to U-Hall because Jesse was one of the owners of the venue, and I took full advantage of it!

At 18 I was able to build a sonic palate and discover an entirely new world thanks to that club. It was the first club I DJ’ed in, and I was able to open for legends like The Crookers and Tittsworth himself. U Street Music Hall will always be my favorite night club, the actual community and culture that it created was divine.

What got you started on this path?

Both of my parents have been connected to DJing in their own right, so it was just something that seemed natural for me to pick up. My mom had a radio show in college and my dad used to own a set of 1200’s that I would play with whenever I visited him in Atlanta. One time when visiting him, I discovered his copy of the Z-Trip DVD “Scratch” and I was instantly hooked!

At the time, my goal was becoming a scratch DJ and battling against Craze and Klever –not playing raves or even techno for that matter. I never did get the tools to become a scratch DJ. However, all I was able to afford was DJ software and a controller on my own. From age 16 until I was able to play clubs at 18, I was the mobile party DJ for all of my friends in DC. I didn’t get started as a techno DJ / producer, I got started as a party DJ and I followed the music all the way here.

When I became more serious about having a career in music, I had to become serious about understanding everything involved in the process. If a record does well or not isn’t as important anymore, what’s important is learning something each time.

Success comes in many forms, learn to enjoy the process

You’ve been in the game for 10+ plus years, and you’re pretty hands-on in your artistry diving into the modular space. It’s kind of like looking under the hood of your car to really understand the ins and outs of it. What are some considerations newer DJs/producers should keep in mind as it relates to this equipment and curiosity? Any tips you’d share?

You don’t need a studio full of equipment to make great music, but you will need professional equipment to be effective on a regular basis. Focus on the fundamentals of making sounds and you can easily avoid most of the new synths coming out. If you’re going into eurorack for example, pick an oscillator that you’re willing to commit to your artistic sound. You’re going to use it a lot, so don’t be in a rush to get the best deal. Save up for the best equipment that you can get once you’ve made that decision, but don’t feel as if you need to dive into hardware synths.

That being said, if you already are using a machine that you’re happy with and you have an audio interface that has good converters I would start looking at sequencing options. Most of the plug-in synths coming out now are incredible and sound great! The issue is how are you going to interface with that plug-in, or how you are going to communicate with the sounds themselves. I only use hardware sequencers to control my modular equipment, but whether you’re controlling hardware or software investing in sequencers is a move I would recommend. You can grow your system and get new equipment, but you will always be able to use a sequencer to control it in ways that you’ve gotten used to.

As you look back, what are some ways you’ve grown as an artist since getting serious about your career?

This might be the case with a lot of people who get started young, but I was initially more concerned with my success than I was concerned with my artistry. I’ve taken a lot of that pressure off of myself and have placed a higher priority in developing my skills and my voice. For me, this ironically means getting a day job so I can afford the artistic decisions that I want to make. When I got started making music and not just DJing, everything was about getting the best results but I didn’t yet fall in love with the recording process itself.

When I became more serious about having a career in music, I had to become serious about understanding everything involved in the process. If a record does well or not isn’t as important anymore, what’s important is learning something each time. Eventually, you will get to a point where you feel comfortable as an artistic producer and eventually you will have a message. Only then would I recommend thinking about everything as a source of income.

Social media is such a catch-22 and can sometimes be a time suck. What’s your strategy when it comes to it and your music?

It’s hard to say, “just post your content and get back to your life” when social media is not only the main tool to reach new audiences these days, but also a networking tool in the industry. However, I’ve been trying to keep that as my mentality lately because I feel like I’m relatively in tune with what’s happening in the dance music world and I find more value in spending that time either making music or researching ideas to make music with.

I do check Twitter as soon as I wake up like a lot of people these days, but it’s more for fun and less for artistic branding or music promotion. If you find yourself spending too much time on social media, try looking for better forms of entertainment because social media is essentially a bunch of ads. The best advice that I can give is just follow a bunch of people who are in your scene and check social media like it’s the news.

What’s one of your favorite music memories both as a consumer and then as an artist?

My favorite experience with music as a fan was Moombahton Massive in DC! I know it’s not techno or even house, but that was honestly the best party the world has ever seen and to be there at 18 was a treat. Thank you Nadastrom, Tittsworth, Munchi, Craze, Billy the Gent, JWLS, and Sabo! If you were there, you know.

Also, my favorite experience as an artist was probably the first time I played the opening slot at U Street Music Hall. It really is sad knowing that that venue has closed forever, but it’s inevitable for all clubs eventually. I remember the house DJ Sam Burns telling me after a set, “It’s going to be a sad day when this place closes”. I was confused at the time, but he told me that every venue eventually comes to an end but there’s always going to be something new as well.

Any artists influencing you right now?

I feel like I would have a good time working with The Saunderson Brothers.

What’s something you’d like to tell to fellow peers who have 3 – 5 years in the game and might be feeling a little deflated right now given the pandemic?

What makes you special? What’s your weakness? What don’t you know? What are you an expert in? Now is the time to hone those skills.

If you are seeking inspiration, I would recommend watching the Ken Burns documentary series on Jazz.

I just want to thank everyone who has helped me get to this point so far, especially my parents for allowing me to follow my dreams. Never forget about the people who are closest to you.

Jelani Yorker is a Los Angeles-based producer and DJ and was raised in Washington DC. He’s been performing since 2008 and held a residency at U-Street Music Hall, dubbed by Rolling Stone’s one of the top ten nightclubs in 2010. Honing in on his production years for the past 10 years, Jelani soon be debuting a full-length album. He’s also practicing hybrid live sets that feature DJ components and modular synths.

He’s part of a new wave of Los Angeles producers and DJs who have scanned the landscapes of underground dance music, hip-hop and EDM and will take dance music on new routes into fresh and uncharted territory. He will certainly be a name to watch.